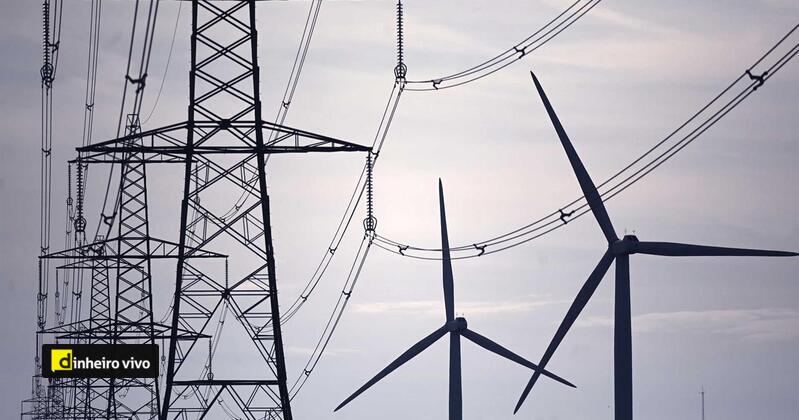 The mechanism set up by Portugal and Spain to fix the price of gas for electricity generation and thus stop the rise in electricity prices in the Iberian Peninsula will benefit a total of up to 44.3% of consumers in the Portuguese market. Energy Services Regulatory Authority (ERSE) President Pedro Verdelho.

Electricity market. ERSE says the interventions are beneficial but have medium and long-term costs.

The Iberian Mechanism resulted in an average daily saving of “about 14%” on electricity bills.

At the parliamentary hearings of the Committee on Environment and Energy, when Bruno Diaz, a member of the PCP, asked about the range of consumers covered by this mechanism and who bears the costs of this measure, the ERSE leader explained: “In June we had demand for spot market in the amount of 18% of national demand. It is these 18% who benefit directly from the intervention and pay, under equal circumstances with the demand, which is also asserted in Spain, the aforementioned subsidy.”

Pedro Verdelho went on to point out that over time “in the annual period from June to May next year” – a measure valid until May 31, 2023 – the percentage of beneficiary consumers “tends to increase”.

“On average, this demand, which depends on market prices at the time of the mechanism — and based on reported information — takes a percentage value of 44.3%,” said the president of the energy regulator.

According to Pedro Verdelho, this consumer group is only for those who are wholly or partly connected to the spot market, whose prices are indexed on the Iberian Electricity Market (MIBEL). Thus, the mechanism does not target those with flat-rate contracts, neither “network access tariffs nor global system usage tariffs”.

The latest data from the energy regulator shows that in Portugal, the regulated electricity market covers about 927 thousand families, and 5.4 million consumers are in the liberalized market. According to an industry source familiar with the process, quoted by Dinheiro Vivo in April, when the mechanism was still under discussion, the number of tariff contracts place is “residual”, currently.

Clients with contracts signed in the light of the spot market are the targets of this Iberian mechanism. In the spot market, the price of electricity is indexed to prices charged by the supplier in the Iberian Peninsula, the Operator of the Electricity Market of the Iberian Peninsula (OMIE). Thus, the spot tariff can change every month, allowing the end user to pay almost the same price that the national operators (or direct electricity suppliers) pay when purchasing electricity. The purpose of this mechanism is to stop large fluctuations in the final price of electricity for families with this type of contract.

The mechanism is designed to reduce the wholesale price of electricity in the Iberian market by reducing the cost of power plants running on fossil fuels. According to the European Commission, this mechanism is possible within the EU state aid rules, which cost 8.4 billion euros, of which 2.1 billion are in Portugal. In other words, these 2.1 billion euros will be supported by those who are connected to the spot electricity market, who benefit and who pay for this mechanism.

According to the Ministry of the Environment, the Iberian mechanism aims to “limit the rise in electricity prices and protect those who are most exposed to prices in the spot market.” [spot]”, which also benefits the remaining electricity consumers as they renew their energy supply contracts.

This measure is the result of close cooperation between the governments of Portugal and Spain to decouple the price of natural gas from electricity pricing in the Iberian Electricity Market (MIBEL), and is also a consequence of the recognition by the European Commission of the peculiarities of the Iberian Peninsula, namely the reduction capacity of electrical connections from the Iberian Peninsula to continental Europe.

The arrival of the Portuguese court strengthened independence, says Gilmar