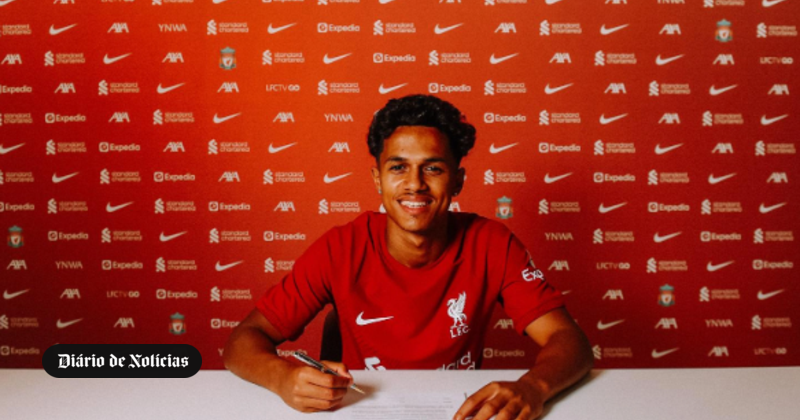 Portuguese footballer Fabio Carvalho, officially appointed this Sunday as Liverpool’s reinforcements, expressed his satisfaction at arriving at the Reds, a club he couldn’t stop thinking about once he became aware of the interest.

“Once you hear that Liverpool are interested in you, all you think about is joining the team,” said the 19-year-old midfielder, quoted by Liverpool, the club that also has the Portugal international. Diogo Jota.

Fabio Carvalho signed for Liverpool after a successful season at Fulham under Portuguese manager Marco Silva, in which he scored 11 goals and provided eight assists and was one of the standouts on the team’s path to the English league.

The Portuguese under-21 midfielder, who has already been announced as a signing for the Reds but is introduced today, also revealed that one of the main reasons for choosing Liverpool was the opportunity to work with Jurgen Klopp.

“I’ve seen what you’ve done to help players get to the next level and I’m convinced he’s the right person to help me,” the midfielder said.

Also in statements to the club media, the German coach was not shy about words and said that Fabio Carvalho is a player who can make the stadium surrender to his football.

What a talent he is, isn’t he? A player capable of throwing the stadium at his feet. He has personality in his game, he is confident and he takes risks with the ball, he wants to succeed,” Klopp praised.

Born in Torres Vedras, Fabio Carvalho started his career in Benfica’s schools before moving to England as a child, where he spent time at Balham and later at Fulham, the club where he stayed until senior classes.

See also  Premier League: Troy Deeney revealed the abuse he had suffered after stating his concern over the Premier League was resumed