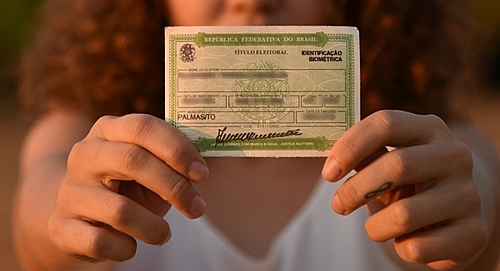 According to Monica Bergamo’s column, Newspaper, published this Monday night (25), bankers Roberto Setubal and Pedro Moreira Salles, co-chairs of the board of directors of Itaú Unibanco, and Candido Bracher, former president of the financial institution joined the manifesto. The document was also signed by Fabio Barbosa, CEO of Natura.

The manifesto defends the security and reliability of electronic voting machines. “Our elections with electronic vote counting served as an example in the world. We had several power shifts based on the results of the vote and the republican change of power.”

The text also states that “we are in a moment of great danger to democratic normality, risk to the institutions of the Republic and insinuations of disrespect for the results of the elections so hard-won by Brazilian society.”

The “Letter to Brazilians and Brazilians in Defense of a Democratic Rule of Law”, which will be presented at the college meeting on August 11, has already collected almost 3,000 signatures.

“In August 1977, in the midst of the celebrations of the half-century anniversary of the founding of legal courses in the country, Professor Goffredo da Silva Telles the Younger, the teacher of all of us, read a letter to the Brazilians in the free territory of Largo de San Francisco, in which he condemned the illegitimacy of the then military governments and the state of emergency in which we lived. He also called for the restoration of the rule of law and the convening of a National Constituent Assembly.

The seed planted has borne fruit. Brazil overcame a military dictatorship. The National Constituent Assembly saved the legitimacy of our institutions by restoring a democratic rule of law, with respect for fundamental rights prevailing. We have the powers of the Republic, the executive, the legislature and the judiciary, all independent, autonomous and committed to respecting and enforcing the greater covenant, the Federal Constitution.

Under the guise of a federal constitution of 1988, which is about to turn 34 years old, we held free and periodic elections in which the political debate on the drafts for the country was always democratic and the final decision rested with popular sovereignty. Goffredo’s lesson is enshrined in our Constitution: “All power comes from the people who exercise it through their elected representatives or directly, in accordance with the provisions of this Constitution.”

Our elections with electronic vote counting served as an example in the world. We’ve had several power shifts based on polls and Republican power shifts. Electronic voting machines have proven to be as safe and reliable as electoral justice. Our democracy has grown and matured, but much remains to be done.

We live in a country of deep social inequality, with a lack of basic public services such as health care, education, housing and public safety. We have a long way to go in sustainable development of our economic potential. The state is inefficient in the face of numerous challenges. Demands for greater respect and equality of conditions in terms of race, gender and sexual orientation are still far from being fully satisfied.

In the coming days, in the midst of these problems, we will begin an election campaign to renew the mandates of state and federal legislatures and executives. At this point, we should have the pinnacle of democracy with a dispute between various political projects aimed at convincing the electorate of the best offer for the country in the coming years.

Instead of a civil party, we are in a moment of great danger to democratic normality, risk to the institutions of the Republic, and insinuations of disrespect for the election results. Baseless attacks, unsupported by evidence, call into question the smoothness of the electoral process and the democratic rule of law that Brazilian society has so hard won.

Threats to other forces and sectors of civil society, calls for violence and the destruction of the constitutional order are unacceptable. We have recently witnessed authoritarian rhetoric that has endangered secular American democracy. There, attempts to destabilize democracy and the people’s faith in the honesty of elections were not successful, and they will not be successful here either. Our civic conscience is much higher than the opponents of democracy imagine. We know how to set aside small disagreements in favor of something much bigger – the defense of the democratic order.

Imbued with the civic spirit at the heart of the Letter to the Brazilians of 1977 and gathered in the same free territory of Largo de São Francisco, regardless of the electoral or party preferences of each of them, we call on Brazilian women and men to remain vigilant in the defense of democracy and respect for the election results.

In today’s Brazil, there is no longer room for authoritarian failures. Dictatorship and torture are a thing of the past. Solving the huge problems facing Brazilian society necessarily involves respect for the election results. In civil vigil against attempted ruptures, we exclaim in unison:
Democratic rule of law always!”

See also  Died former mayor, who said during the pandemic “die who dies”

The largest armed group in the country, the CAC field 34 congressional candidates and organize political parties.

“Bolsonaro’s event with the ambassadors was not of a political nature,” says LP.