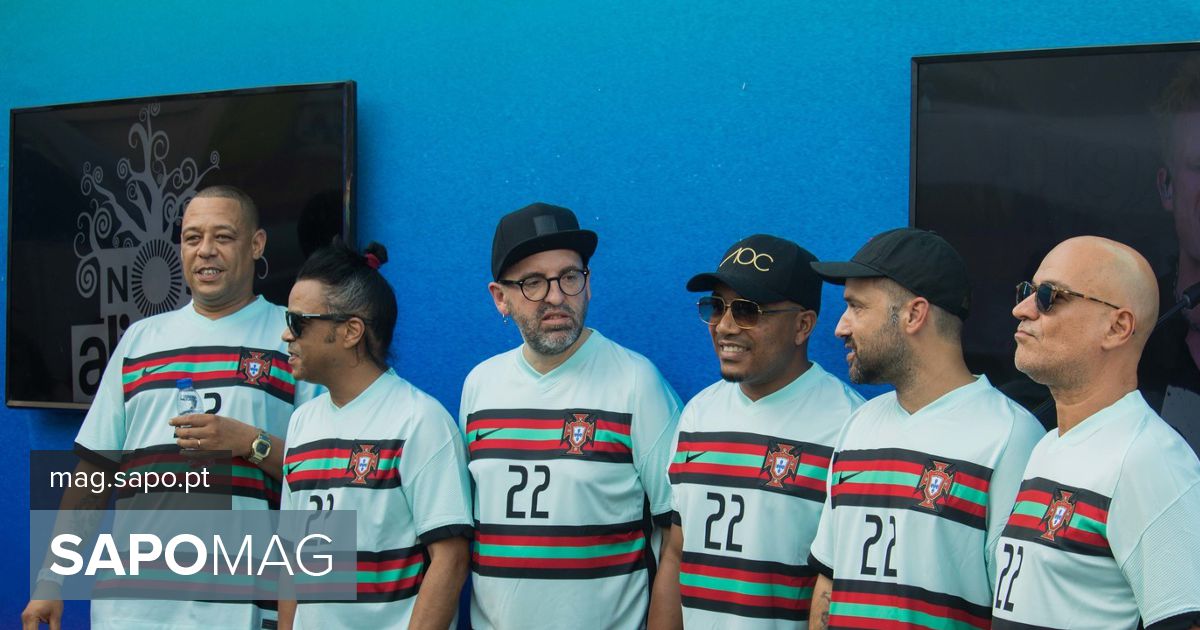 Portuguese Da Weasel meet today on stage at the NOS Alive festival in Oeiras, twelve years after the group’s breakup, on a sold-out day that features Imagine Dragons, Phoebe Bridgers and Manel Cruz, among others.

“This will definitely be one of the best moments of our lives,” the band members stressed at a press conference at the festival.

“We never had a proper goodbye and we never had our last gig. Therefore, it means a lot to us to be able to give this concert, and this is the perfect place for this, we are doing very well. We definitely have more experience,” said Carlao. “We have everything to give the closing concert of the cycle,” he added.

In an interview with reporters, Virgul said that the line-up for the concert at NOS Alive was closed in 2019. “It was difficult with such a long history and so many albums, but we needed to come to a consensus (…) has changed since 2019. “, – said the artist.

About a possible tour or new album, the band resorts to football puns without saying anything new. “Our ‘Mr’ said we’re only talking about the next game after this game,” the band’s bassist Jay (João Nobre) told the press a few hours before the band took to the festival’s main stage. Alive, which takes place on the Alges promenade.

“The official biography will be released early next year. And this is the only thing we can say about the future, ”the group said.

Da Weasel, formed in the early 1990s, announced in 2009 that they were looking to take a break after years of touring and recording.

The following year, the band’s dissolution was officially announced, leaving fans with a discography that had been edited up to that time – six studio albums, one EP and two live DVDs – and songs such as “Good Bless Johnny”, “Dúia”, “Agora e forever (passion)”, “Hangover”, “I give with my soul”, “Gentle dialects” and “You are cool”.

The group’s reunion concert was announced in 2019 and was scheduled to take place in July 2020. However, due to the COVID-19 pandemic, it has been postponed to 2022.

According to Jay, it was “two years of great expectations, great suffering”. “It was hard, but everything is over. It’s almost, we don’t even think about it anymore,” he said.

Not wanting to open the game in regards to future shows or albums, the bassist shared that “an official band biography” will be released “early next year”.

As for the possibility that the thousands of people who sold out the festival’s capacity today came just to see them, Carlao said he couldn’t connect one to the other.

However, he shared that “Since 2019, the six members of the group have felt ‘an incredible surge of love and energy from all over the country.’

During the tour of the hall, several people wear Da Weasel “t-shirts”.

Adriana Costa and Rui Chanfana are two of those people. They bought the ticket in 2019 when the concert was announced, in a package that also included a “t-shirt” with the concert start date: July 11, 2020.

Rui has seen “many concerts” by Da Weasel, but can’t remember when the last one was. Today, he believes the group will “surprise” and agrees with Adriana when she says “it will be fantastic, unforgettable”.

The two traveled from Felgueiras with several friends, including Joao Carvalho and Ana Baptista. They also had tickets purchased in 2019 and “12 years of waiting for this concert”.

Today, João expects that “it’s normal for the best Portuguese band on the scene, the energy of the entire lineup will explode like they did 15 years ago.”

For Ana, this will be Da Weasel’s first concert. He expects it to be “a great concert that he had some influence on”. [João]”.

As for being able to see them on stage more often after today, João Carvalho claims that “it can’t go without [os Da Weasel] go back there [ao Norte do país]”.

“Da Weasel had a very strong fan base in the North. There are many people “from there” who did not come and deserve a concert there in Porto,” he said.

Teresa Matos and Thiago Gaspar also had a ticket to the Da Weasel concert in 2020, “from day one [em que foram postos à venda]”.

“I went to buy tickets,” recalls Thiago, who hasn’t seen the band live since 2004, at a show in Masao.

Like many other fans, Thiago is also hopeful that the band will continue beyond today, but finds it “difficult”. “I think [este concerto] This is a memory of the old days,” he said.

Teresa Matos believes that “it will be like a shooting star”.

Only after today’s concert will it be known whether this “shooting star” will shine in the sky more often, or whether it was once unparalleled.

Before the band takes the stage, the festival will screen the documentary “Da Weasel (Agora e para semper)” by Antena3, written by Bruno Martins, directed by Katarina Peixoto and illustrated by António Piedade.

See also  “I wish you all the best,” says Claudia Vieira of Pedro Teixeira.
Related Topics:
Up Next