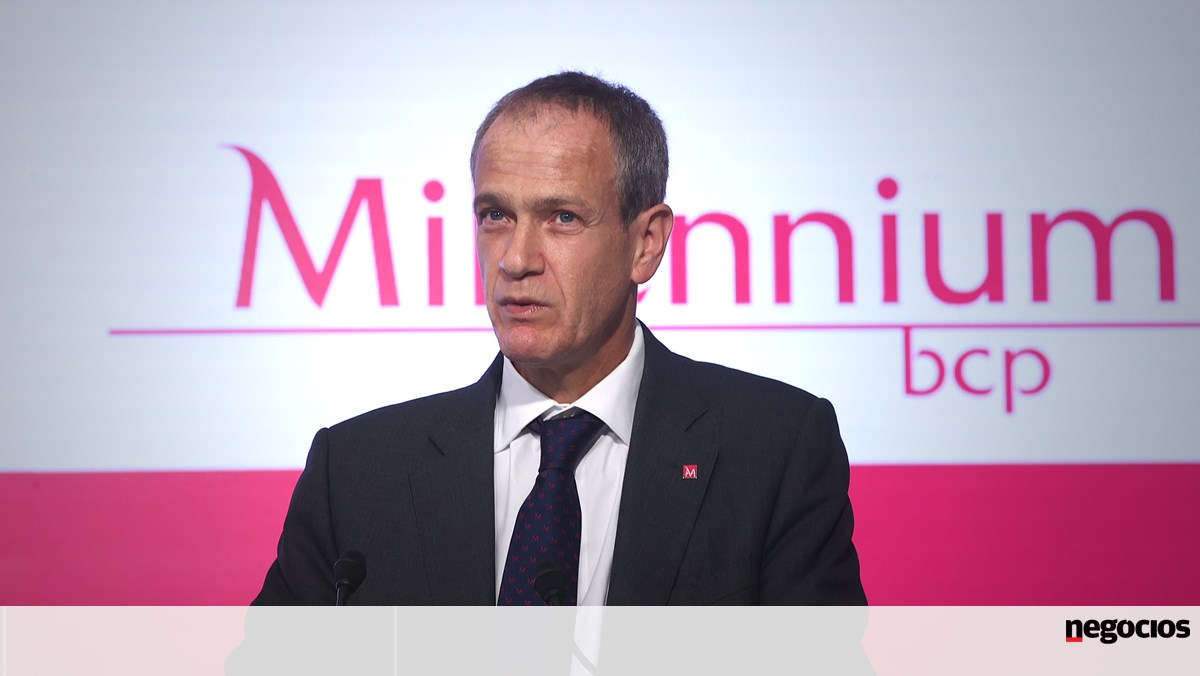 Millennium BCP posted a profit of €74.5 million in the first half of 2022, more than six times the €12.3 million it posted in the same period last year.

The total capital ratio was 15.3%, while the CET1 ratio reached 11.3%, which is above the regulatory requirements.

In Portugal, Millennium posted a net profit of €174.5 million, representing a 63.1% increase compared to the first half of 2021.

Net income of €74.5m includes extraordinary effects related to Bank Millennium (a financial institution controlled by a Portuguese bank), including fees of €257.8m “related to the portfolio of mortgage loans” in Swiss francs, in addition to “a contribution of 54.3 million euros.” to the Institutional Protection Fund, as well as an impairment of Bank Millennium in the amount of $102.3 million.

However, the Polish financial institution improved its negative contribution to the overall result: it grew from minus 110.3 million euros to minus 56.6 million euros.

However, when presenting the results, Miguel Maia said he believes in the success of the institution: “a bank in Poland is capable of delivering results,” he said, explaining that “if not for IPS [contribuição obrigatória na Polónia] would already show results.

“These,” he explained, “are cyclical situations, we must be prepared for them and not give up. We must find solutions,” he stressed.

The financial institution, headed by Miguel Maia, continues to be affected by the performance of a bank he controls in Poland due to Swiss franc loans made in 2008. The appreciation of the Swiss currency in the foreign exchange market has caused difficulties for holders of these loans, and in 2019 the European Court of Justice ruled that customers have the right to demand that loans be converted into local currency, which led Bank Millennium to create reserves that worsen the results they consolidate in the Portuguese group.

On Tuesday, Bank Millennium announced a loss of about 56.6 million euros between January and June, which it once again justified with reserves flowing from these loans. The Polish institution said in a statement that the results were affected by “regulations on the legal risks associated with a portfolio of mortgage loans denominated in foreign currencies.”