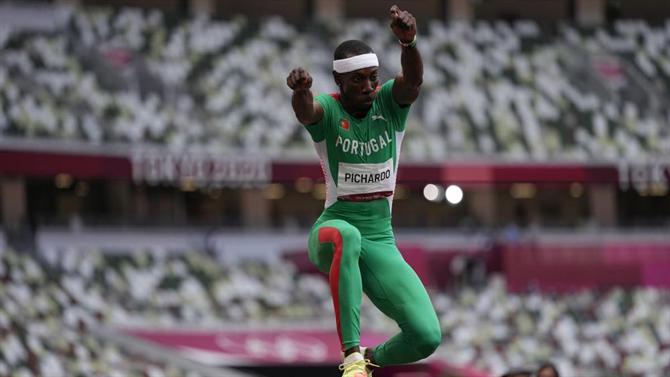 Pedro Pablo Pichardo, a Cuban-born but naturalized Portuguese athlete, landed on Tuesday at Humberto Delgado Airport in Lisbon after becoming world champion in the triple jump in Eugene, USA, with 17.95 meters, the best world mark of the year since the first attempts.

The national media waited for the athlete’s arrival to collect any statements, but Pichardo avoided passing in front of reporters by leaving, accompanied by his father, without making a statement.

Luis Pereira, head of the delegation present at the World Championships, justified the decision of the athlete: “We had several difficulties with boarding, with a three-hour delay, it was not certain that the luggage was with us, Pedro was very tired, he made a trip that left him extremely tired, exhausted. Today he is not able to, give him a little rest, and soon he will be able to talk to all of you.”

When asked if there were any disagreements between Pedro Pichardo and the Portuguese Athletics Federation, Luis Pereira assured that there were none: “I was the one who received him in Eugene on the 15th, he arrived very late and since then Since then we have had a spectacular relationship, with a lot of dialogue, we talked a lot. On the day of the competition, as you could see on television footage, after the victory, he hugged the coach and went out to the leader of the retinue. [o próprio Luís Pereira]. He always dedicated medals to the Portuguese and the Portuguese Athletics Federation, there is no discomfort, we are in perfect harmony. Pedro happened to arrive very tired. He always talked to the Portuguese, he is grateful for how he integrated and how the country welcomed him. He is very tired and wants to show himself to the Portuguese, as it was on the track.

BALL – Neymar faces 5 years in prison and a payment of 10 million euros: trial on October 17 (Barcelona)

BAL – “I believe in work and organization, but I don’t do miracles” (Cuiaba)

See also  BALL - Beating Iceland may not be enough: Portugal could qualify for World Cup 2023 in a different way (women's football)