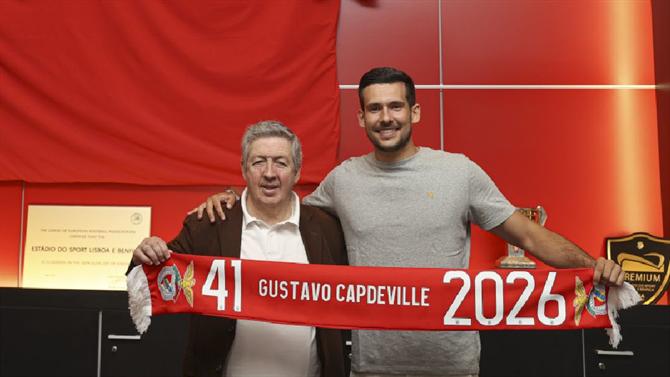 Benfica have announced the extension of Gustavo Capdeville. The 24-year-old Portugal goalkeeper has extended his contract until 2026.

“It is a feeling of great gratitude and happiness. Benfica has always given me all the conditions to be the athlete that I am today, I think I showed it. I am grateful for that, for what Benfica has done for me. It’s time to do the same for Benfica, win titles and stay at home. I am very pleased with this update,” he told the Eagles’ official website, recalling the Europa League victory over Magdeburg. league. . It’s really difficult, but Benfica are used to doing extraordinary things, we managed to do it together again and the way we did it. It was unique. It was a very long season, we had some setbacks, but we finished this European Cup well, it was very good for us, it was a unique thing.

A product of Benfica’s formation, Gustavo Capdeville made his first team debut in 2016. In total, he played 147 matches, winning the Europa League, the Super Cup and the Portuguese Cup.

Blue look: the first Portuguese astronaut to participate in a space mission