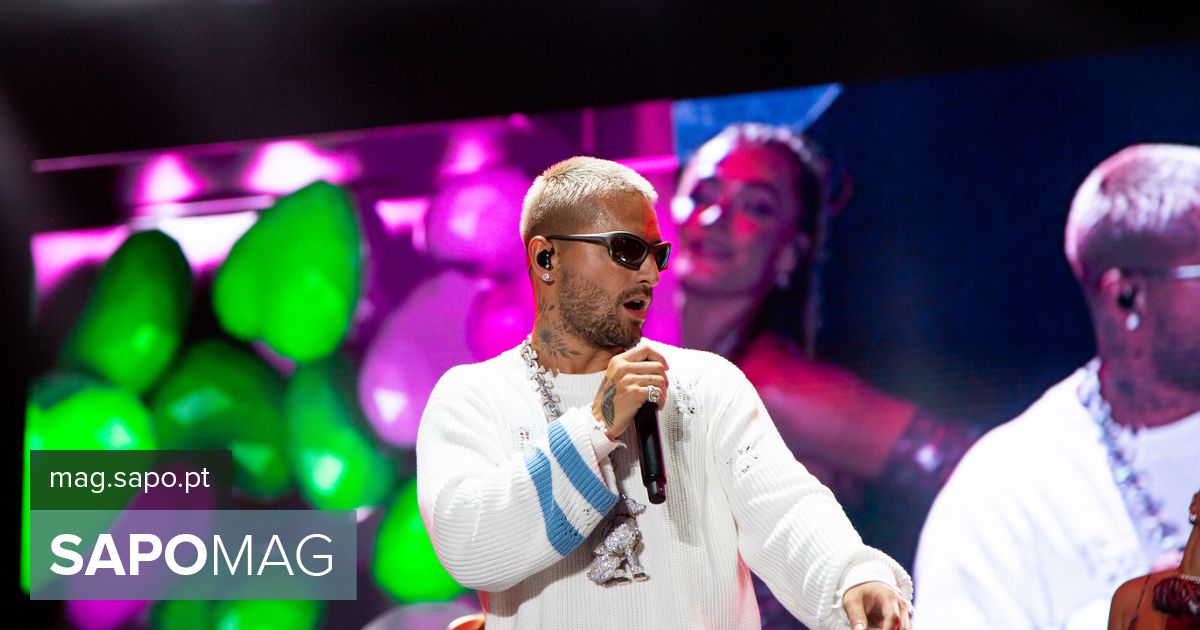 Just over three months ago, Maluma sold out the Altice Arena in Lisbon. Many of his Portuguese fans couldn’t get a seat at the “Papi Juancho Tour” concert, but they didn’t miss the Colombian’s Latin American party at MEO Marés Vivas in Vila Nova de Gaia.

On the second day of the festival, the singer from Medellin stole all the attention (and a lot of hearts). Before Maluma took the MEO stage, Dino D’Santiago, Barbara Tinoco and Rita Rocha animated the festivalgoers.

Shortly after the appointed time, Maluma, ensuring that the Portuguese are “the best crowd in the world”, greeted the crowd with the sounds of “Hawái”, one of his greatest hits. Together with him, 30 thousand people did not hesitate to sing and dance the theme of the album “Papi Juancho” (2020), which sets the tone for the artist’s world tour.

Doses of excitement increased, song by song. At the beginning of the concert, the Colombian played the trump cards “Madrid”, “Corazon” and “11PM”, the most successful single from the 2019 album “11:11”, which served as a clue to all who suffer for love. – “Eres muy bonito pa’llorar por el” (“you are too beautiful to cry for him”).

Between songs, Maluma chatted with fans. The artist even ventured to say a few words in Portuguese, but admitted that he still needed lessons: “I don’t speak much, but I want to learn a little.”

The Latin party continued with “Borró Cassette” and “Chantaje”, Maluma’s song with Shakira – the singer did not invite his friend to the concert, but one of his chorus girls replaced the Colombian.

See photos from the concert:

“I have many friends from Colombia who play here in Porto,” said the artist. Spectators, mostly from the Futebol Clube do Porto, took the opportunity to cheer for the blue and white team. “Sorry, but we are not at the stadium. This is a concert,” he said, laughing.

“Sobrio”, “Vente pa’ ca” and “Cuatro babys” also did not stand aside from the composition, which ended with an “encore” from “Hawai”. At parting, Maluma went down to the audience and distributed greetings – a less shy fan took off and threw off her bra, and the singer, without hesitation, put it on her neck.

Or the triumph of Dino D’Santiago

Before Maluma’s Latin American party, Dino D’Santiago took the win at MEO Marés Vivas. In his solo debut at the Vila Nova de Gaia festival, the musician presented a line-up full of rhythm that swept the crowd from start to finish.

“Voei de mim”, “Nôs Funana”, “La Fora” or “Esquinas” involved the audience in the rhythm of the singer. But the first big moment of celebration came with the Nova Lisbon.

The various rhythms infected the festival goers, who celebrated with Dino D’Santiago for over an hour. After topics such as “Brava”, “Fogo”, “May”, “Lokura” or “Tudo Certo”, followed by “Como Seria”, a song that the audience sang with great echoes.

On the second day of MEO Marés Vivas, Barbara Tinoco also warmed the hearts of the festival goers. At the festival, the singer walked through the themes of her first original and collaborative EP.

At the end of the day, Rita Rocha, who excelled at the Voice of Portugal, and Fer Lemos, the winner of the MEO The Search talent show, took the stage and were greeted with euphoria by the public.

Marés Vivas, which returns to Vila Nova de Gaia after two years of interregnum caused by the covid-19 pandemic, had Bryan Adams and James as headliners at the opening.

This year’s festival, despite staying in Gaia, has a new location that, according to the organization, is five times the size of the previous one.

For three days, more than 35 national and international bands and artists pass through the MEO Marés Vivas.

See also  After Leandro shows no solidarity, the producer retaliates and reveals the singer's secret deal with Big Brother.
Related Topics:
Up Next

See also  There is no good wind from Spain, no good qualifications. And It's Not Even Bad - Current Events
Continue Reading