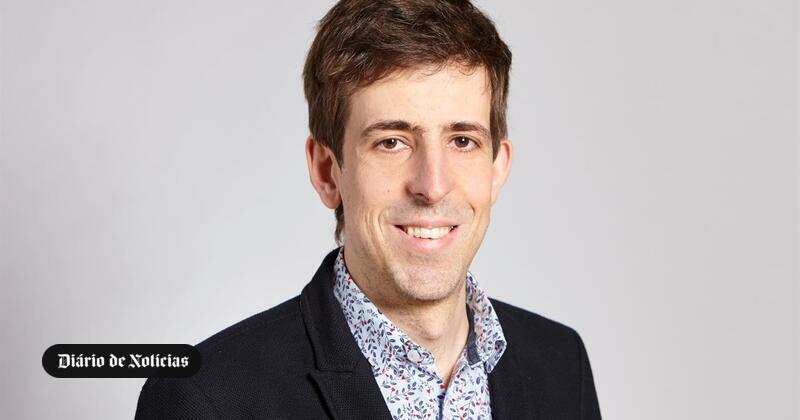 Afonso Bandeira is only 34 years old, but from a very early age his life has been devoted to mathematics. Born in São Pedro do Sul, in the Viseu region, he was the first recipient of the Antonio Aniceto Monteiro Prize, which is awarded for the best research work in this field, in honor of the work of this outstanding Portuguese mathematician.

Speaking to DN, Afonso says that it was the various projects he was involved in in high school that inspired him to pursue a career involving numbers, computing and a lot of research. “First of all, the Portuguese Mathematical Olympiads and the Delfos project, a mathematics school for young people in Coimbra, led me to this path,” he says.

Later it seemed that the right choice was a degree and a master’s degree in mathematics from the University of Coimbra, followed by a doctorate in applied and computational mathematics from Princeton University in the United States of America. “About the same time, I started doing research. I already did it in Coimbra, but everything changed in the United States,” he says.

And don’t stop there. In the US, Afonso Bandeira became an assistant professor at New York University and spent a year at MIT (Massachusetts Institute of Technology). But five years later he left for Switzerland, where he has been a professor at ETH Zurich for three years.

See also  The artist Christo died at the age of 84

For now, he intends to stay in Switzerland. “From a professional point of view, I am very stable in Switzerland. I have my group and my students. I no longer intend to leave the university where I study. I really enjoy being there.” However, he visits Portugal very often.

“In this career, we are always on the move, but after a while it becomes hard not to have that kind of stability,” he admits.

Between Portugal, the United States of America and Switzerland, the truth is that Afonso’s path did not remain indifferent to the Portuguese Mathematical Society and Unilabs, who in partnership decided to award the mathematician. The jury—André Neves (University of Chicago), Georgia Benkart (University of Wisconsin), Irene Fonseca (Carnegie Mellon University), Marcelo Viana (IMPA), and Martin Hairer (Imperial College)—had only one task: to award “one award.” mathematician of Portuguese origin and under 40 years of age, who distinguished himself by a significant contribution to the development of the discipline. So, Afonso Bandeira became the chosen person.

“It was a great honor to hear that I received this award. I’m very happy. This is a sign that they liked my work,” says Afonso.

The mathematician admits that he is especially happy to receive a prize at the National Mathematical Assembly, which was held at the Tomar Polytechnic Institute. “After so many virtual events, it’s great to talk in person with some colleagues and see many Portuguese mathematicians that I haven’t had the opportunity to meet yet,” he stressed.

Minister of Science, Technology and Higher Education Elvira Fortunato on Wednesday (July 20) presented the first prize to António Aniceto Monteiro. This is the first prize that Afonso Bandeira has received in Portugal for his research work. Abroad, he was the recipient of the Smale Prize (2020), “an award given every three years to the foundations of computational mathematics”.

Portuguese referee who extended the first half to 53 minutes