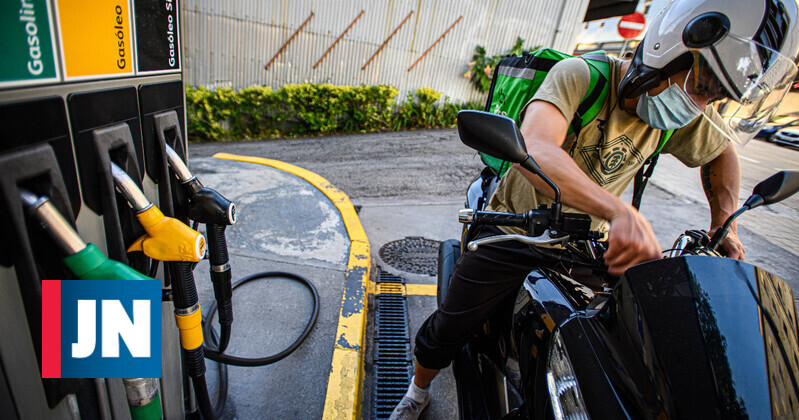 Fuel prices will skyrocket again next week and a sector source has calculated that the average price of gasoline will rise by about 14 cents and that of diesel by 12 cents. If these calculations are confirmed, the difference between the two fuels will be 28 cents. .

Since early May, when both were separated by just three cents, it’s the second-biggest difference between the two recorded, beaten only on the 29th of last month, when it reached 31 cents.

Thus, petrol should cost about 2.19 euros/litre, and diesel 1.91, which means that it will be 28 cents more expensive. This Friday, the Treasury Department announced that next week a temporary global reduction in the tax burden on fuel will amount to 21.8 cents per liter of diesel fuel and 25.1 cents per liter of gasoline.

On the other hand, this week the ISP rate was set for the month of June, equivalent to what would result from a reduction in the VAT rate from 23% to 13%, similar to what happened in May. However, he points out that the upcoming holiday calendar “does not allow a full assessment of market data, the current ISP unit tariffs are valid for two weeks, and the adjustment will be made again on the 17th.”

These increases are mainly due to the approval this week of the European Union’s sixth round of sanctions against Russia, the increase in the price of a barrel of oil and the devaluation of the euro against the dollar.

This increases the difference between diesel and gasoline over the past month. On May 2, the former cost 1.84 cents/litre, while the latter cost 1.87, meaning that the difference for consumers was almost zero.

Since then, diesel has taken a downward trajectory (the lowest value, 1.75 euros, was recorded on May 28), although growth next week is against it. Gasoline, on the other hand, started an upward trend on May 9 (when it went to 1.91 euros per litre) and since then has always risen to the current 2.05 euros, which will be 2.19 euros next week.
In percentage terms, since May 2, gasoline has risen in price by 17.1% (plus 32 cents), diesel – by 3.8% (plus 7 cents).

Otherwise, from the point of view of the consumer, on the example of a 50-liter tank, refueling a gasoline car a month ago cost 93.5 euros, and as of Monday it will cost 109.5 euros, that is, an additional 16 euros. .

Those with a diesel car paid 92 euros at the beginning of May and will have to spend 95.5 euros next week, a difference of 3.5 euros.

The tax burden on fuel is reduced by 0.5 cents for gasoline and 0.3 cents for diesel fuel – ECO

See also  Do you want to increase your salary? Follow these tips and watch your income grow - Forever Young
Continue Reading