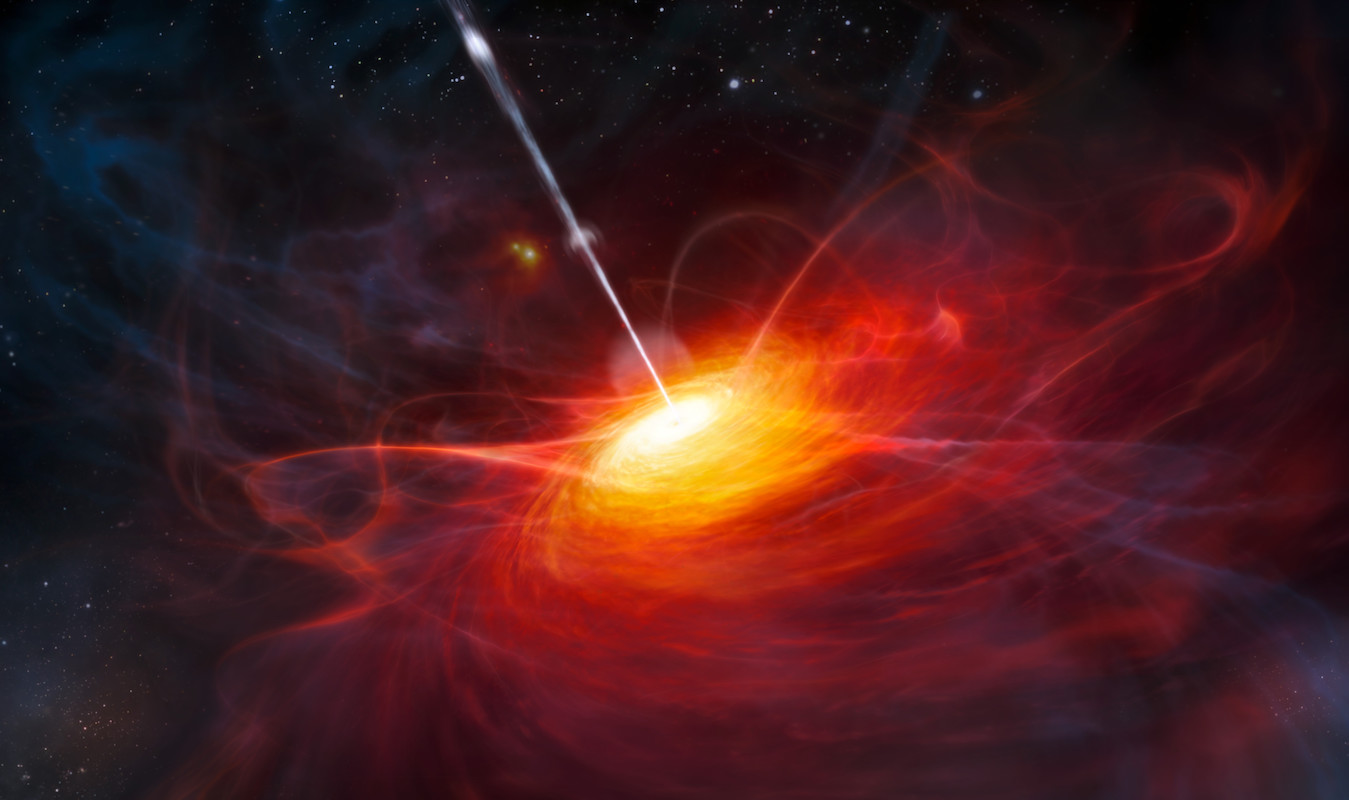 Artist’s impression of a quasar.

The black hole is 7,000 times brighter than the entire Milky Way and is classified as a quasar.

new study to be published in Publications of the Astronomical Society of Australia, details the discovery supermassive black hole which is growing at the fastest rate ever discovered in the recent universe – that is, in the last nine billion years.

The hole grows so fast that it has 7000 times stronger brightness than the entire Milky Way, and every second it absorbs an amount of matter equivalent to the mass of the Earth.

The discovery has been dubbed SMSS J114447.77-430859.3, and analysis of its properties suggests that the light emitted by the hole must take seven billion years to reach us. There is everything in the hole 2.6 billion times the mass of the sun and classified as a quasar.

the hole was hid in plain sight it can even be seen in photographs of the sky taken in 1901, but it was only now discovered due to its location, as it is 18 degrees above the galactic plane, and previous surveys only went up to 20 degrees, notes Scientific Alert.

With the exception of gamma-ray supernova explosions, quasars are the brightest individual objects in the universe. result huge acceleration from the absorption of matter by a black hole, it is not the hole itself that glows, but the substance that is heated by friction and gravity.

The distinguishing feature of the J1144 is its activity level, since the quasars found so far similar in this aspect are much older, date back to about 13.8 billion years ago. 9 billion years later, this intense activity present in J1144 seems to have subsided, making this black hole a peculiar case.

Scientists hope that this record will not be broken, but the team has already confirmed Discovery of over 80 quasars, hundreds of candidates are yet to be analyzed. Astronomers are so close to completing a complete census of quasars born in the recent universe.

“None of them are as bright as J1144, but they help paint a more complete picture of how common this fast-growing phase will be and help us understand the underlying physical mechanism,” concludes astronomer Christopher Onken.

Early galaxies may be bigger and more complex than we thought