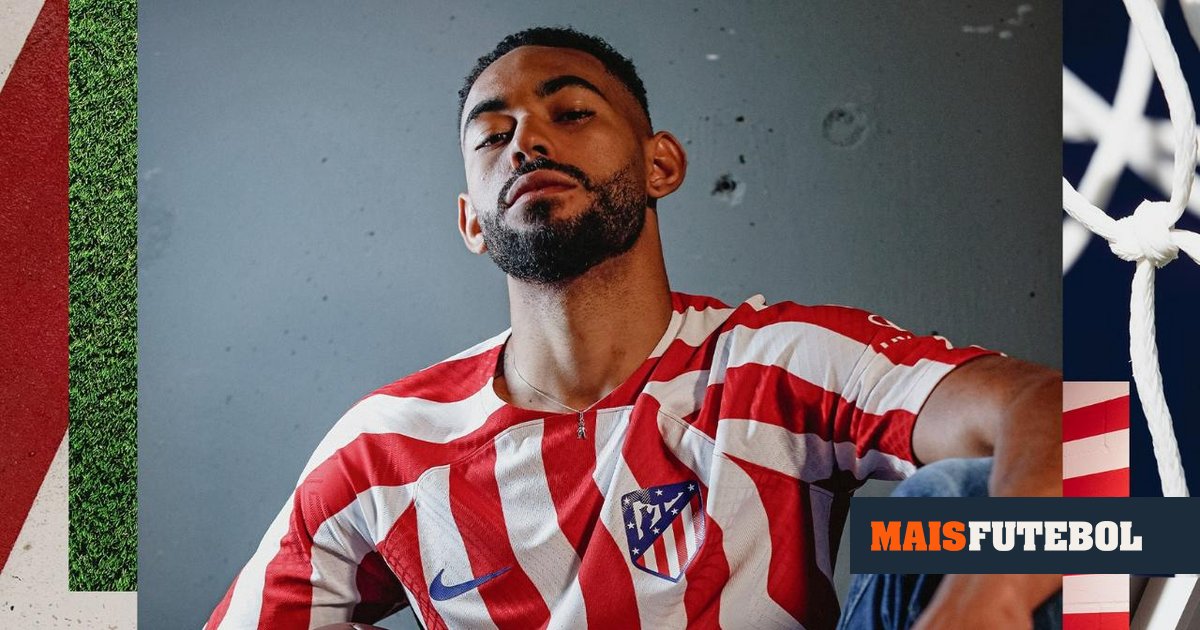 Miguel Angel Marin, CEO of At. Madrid issued an apology to members who were offended by the new home shirt in an open letter in which he spoke about various controversial topics.

The manager said the design of the new shirts “tried to wink at two historical aspects”, adding that “it is inspired by the Manzanares River, which is so closely associated with Atlético de Madrid, representing the route of the river”.

Recall that the stripes on the new jersey are curved, which caused a lot of controversy among the fans. Apparently, he intends to represent the Manzanares River.

“We apologize to fans who don’t like this design, but the only intention was to remember the past with respect and love. On the other hand, in April 2023 we will release a T-shirt that will be a copy of the 1903 T-shirt with the original badge and will be dedicated to the 120th anniversary of the founding of the club. The jersey for season 23-24 has already been approved, with a classic design, and is in the process of being made,” he added.

Miguel Angel Marin also ensured that At. Madrid “will set up a committee made up of representatives from various supporters who will meet periodically with the club’s social area to reach consensus on relevant decisions such as future shirt designs and other products.”

See also  ″ From now on I am a free player ″
Related Topics:
Up Next

BALL – José Fonte talks about the difference between playing with and without Ronaldo: “Without him they play as a team” (Portugal) 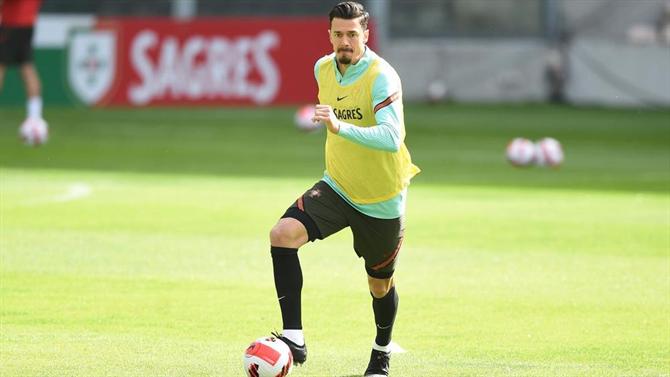 Jose Fonte explained what changes in the national team when Cristiano Ronaldo is not playing.

“Portugal has the qualities to do it in every game, but we have to be honest: his very presence on the field makes the national team players unknowingly and automatically play for him, always give him the ball. For who he is, for what he has done and for what he is still capable of,” said the 2016 European champion on the BBC daily podcast shortly after the crushing victory over Switzerland.

“When he is gone, Portugal play more as a team and it was noticeable: they played smoothly, without any focus, everyone contributed, and it was nice to see,” said the 38-year-old central defender from Lille. “We had success with Cristiano Ronaldo during these years, he was very influential. Gonzalo Ramos has a different game offer and we had a great evening, we were all happy for him. I hope it stays that way.”

Fonte does not believe that the Benfica striker will now lose his title. “How if the boy scored three balls?” He also does not believe that Ramos will change his behavior, especially in relation to CR7: “You cannot teach a legend like Ronaldo. Ronaldo will always be Ronaldo and for Portugal it is even very good that a player like him comes off the bench, it will be another problem to challenge opponents.”

Believing in the triumph over Morocco, despite the fact that this is a “tough” team, José Fonte expects something more from the Portuguese flowers: “Fernando Santos brought a very strong mentality to the national team. The team is great at defending together. And it will cause problems in attack in every game. I believe that Portugal will reach the end of the road, the World Cup is the title that we lack. Let’s keep our fingers crossed for this to happen.” 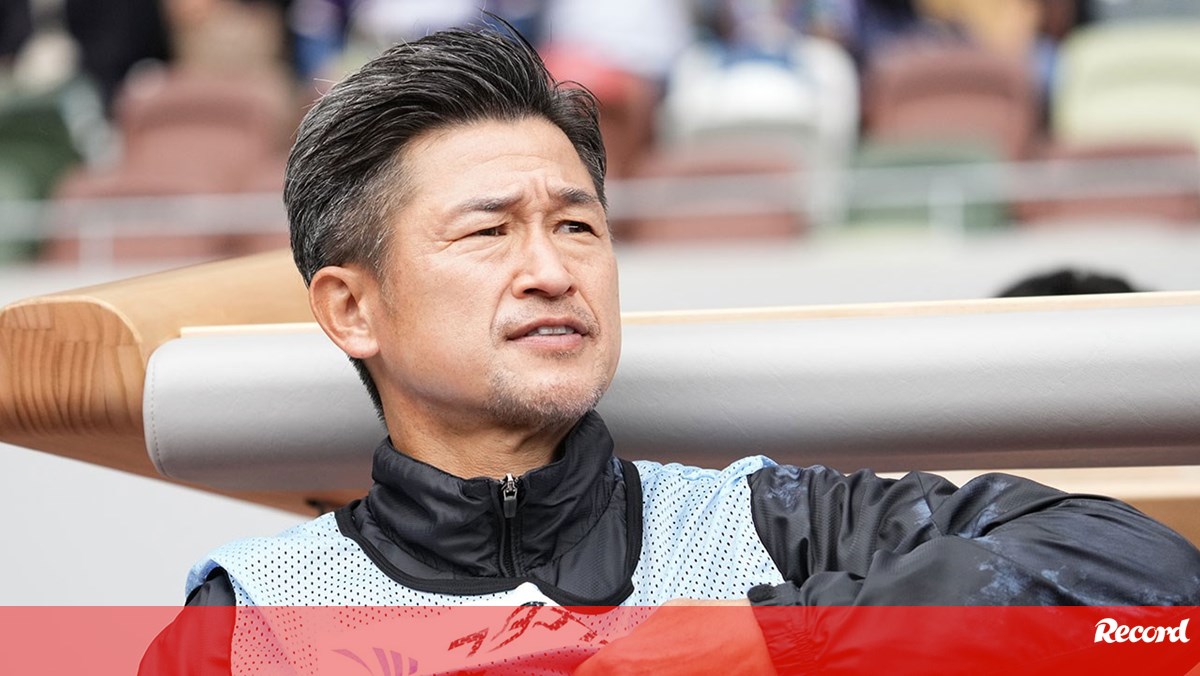 Kazuyoshi Miura, 55, is listed in the Guinness Book of Records.

Japanese portal Nikkan Sports, the most important in the country, reports that veteran Kazuyoshi Miura, known as the oldest player in the world, is heading to Portugal to strengthen Oliveirense. According to the aforementioned publication, the 55-year-old player, currently associated with the Yokohama Football Club, is already on his way to our country, during which he intends to visit the facilities of the Oliveira de Azemeis club and complete negotiations that will eventually lead to to a compromise between the parties.


The former Japan international – he has played 89 times for the Japanese team – Miura is currently on loan from Yokohama FC at Suzuka Point Getters under a contract that runs until January. After that, if there is an agreement, the veteran striker will join the northern team, which, like Yokohama FC, is owned by the Onodera Group – it owns 52.5% of SAD UD Oliveirense.

According to Nikkan Sports, Miura’s arrival is well-received by those in charge of Oliveira de Azemeis’ team, especially as the Japanese veteran can serve as an example for the younger players on the team.

The striker, it should be noted, played twice in Europe, in 1994/95 for Genoa, and then in 1999 for Dinamo Zagreb. He returned to his country at the end of that year, moving in 2005 to represent Sydney and has not left since. For now…

See also  Germans guarantee: Miguel Oliveira turned down offer to move to GASGAS and his future is already set - MotoGP 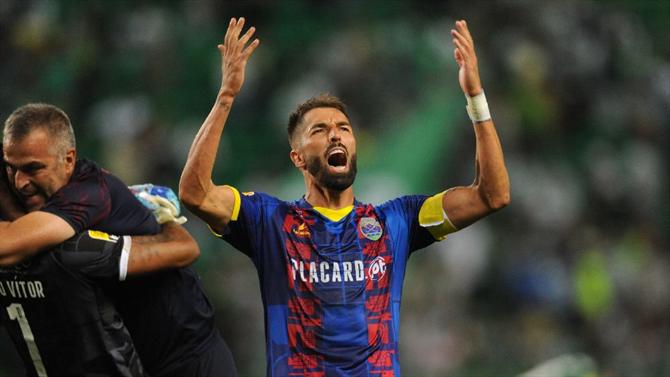 After Canada’s elimination from the World Cup, Chávez defender Stephen Vitoria is now rooting for the national team to win the trophy.

“I wish good luck to Portugal, a country that means a lot to me and my family, and I would like them to win. I believe that Portugal has every chance to achieve this. It’s not easy, but now they have another fan,” said Stephen Vitoria at a press conference ahead of the meeting with Porto for the League Cup.

The 35-year-old centre-back became the first player in Chavez’s history to be called up to the World Cup. “I am very proud to be able to represent the name of Chavez in the largest sports arena in the world. It’s hard to lose, but it was a very valuable experience, a sacrifice of a lifetime. I am happy to be here again, at home, in a house in which otherwise no World Cup would be possible. I want to thank the many people who have played a part in this and I am very happy, very happy,” he stressed.

And he wished all the best to Eustaquio, Porto’s midfielder and Canada teammate, who returned with an injury. “Just a few days ago we were together and I saw what happened, the suffering he went through between games and also the strain that was on him, but I wish him a speedy recovery.”