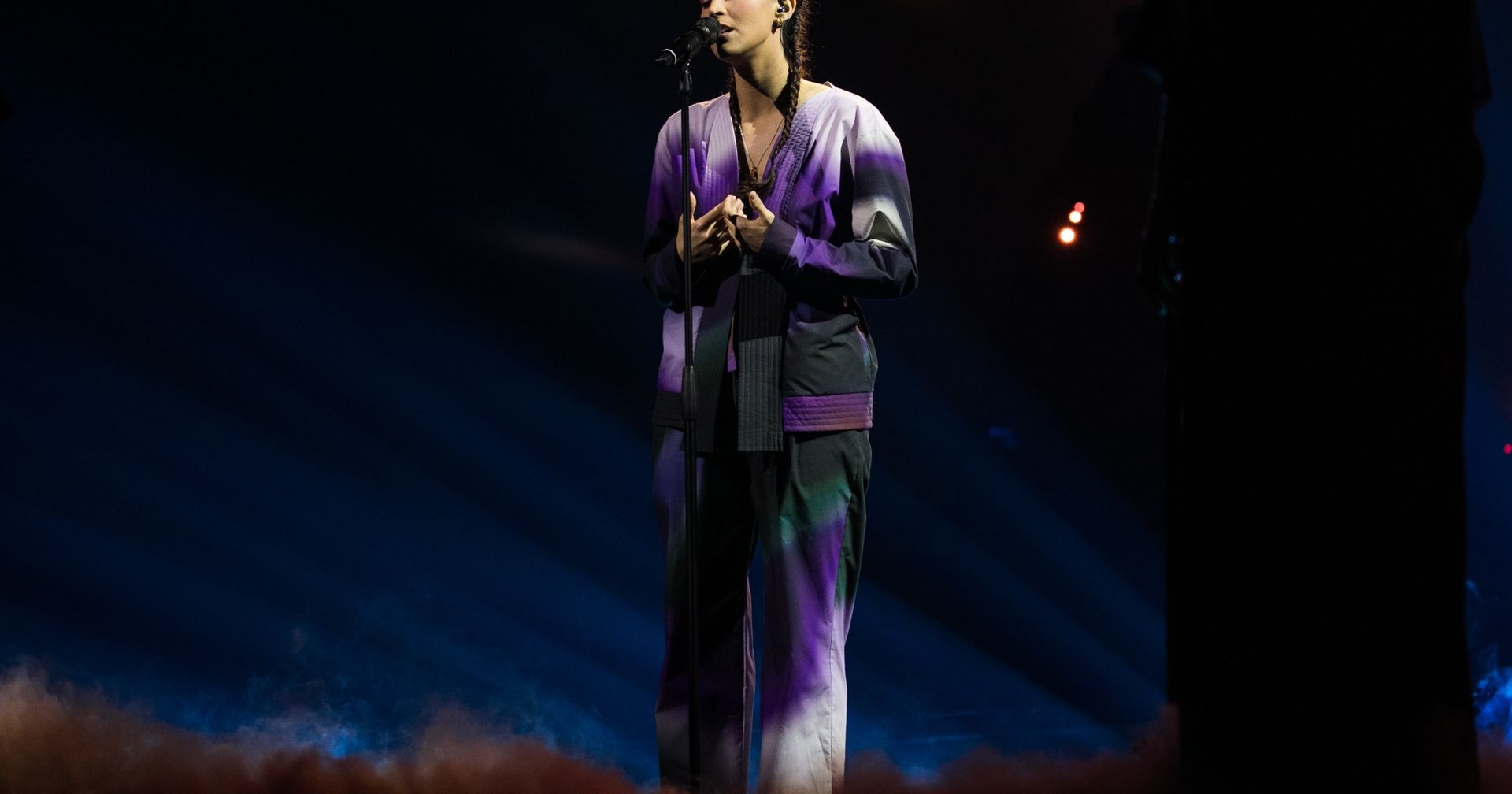 MARO in the final of the Eurovision Song Contest. “Saudade, Saudade”, which the Lisbon-based artist performed in the first semi-final of this Tuesday’s event in Turin, Italy, was one of 10 songs selected from the 17 contestants on this tour, winning a spot at the deciding gala next Saturday. .

The Portuguese song became the 10th song performed on the Turin Night. Performing at the center of the stage, the sextet of voices led by MARO (Beatrice Fonseca, Beatriz Pessoa, Carolina Leite, Diana Castro and Milhanas) interpreted the song safely and flawlessly, based on the balance between vocal harmonies and smooth rhythm, with a discreet visual apparatus and the word “Saudade ” on the background.

At the ceremony, which included the famous Laura Pausini and Briton Mika among the trio of hosts, the competition menu was varied: pop/funk from Latvia (not defined), ballads from Switzerland and the Netherlands (both in the final), typical Bulgarian hard rock of the 80s (from outside), folklore and rock and roll hand in hand in Moldova (which started with the Ramones slogan “Hey Ho, Let’s Go” and moved to the final) and hip-hop influenced from local Ukrainian folklore. The Kalush Orchestra, which according to the bookmakers is the favorite to win, received the most applause this evening and ended the performance by thanking the country for its support after the Russian invasion, no wonder it was one of the 10 countries that qualified for the final. . . .

There were also jazz colors from Lithuania (which will be repeated in the final), electronic pop from Austria (no luck) or expansive folk from Armenia (classified), sound disco from Slovenia (unsuccessful), spectral pop from Iceland . or epic from Greece and impudent dance-pop from Norway (a trio of experts). When the contest entries were finished and televoting was already open, a medley dedicated to Italian electronic pop music was allocated, from Giorgio Moroder to Goblin, from Robert Miles to Eiffel 65. In short, the songs of France (“Fulenn’, Alvan & Ahez) and Italy (“Brividi” duo Mahmood & Blanco), the top five countries that always qualify directly to the final (the others are Spain, the UK and Germany). presented to the public just before important decisions.

After reviewing the televote and the votes of the national jury, whose details will be revealed only after Saturday’s final, 10 randomly selected songs have been selected:

The remaining finalists will be determined this Thursday in the second semi-final of the event. In Saturday’s final, the Big Five will be joined by France, Germany, Spain, Great Britain and Italy, who always qualify directly to the final.

Updated at 22:07 with the list of songs selected for the Eurovision final.

See also  Pedro Mourinho talks about traumas left after the war, and finally reveals the secret of how much he received for the trip to Ukraine
Related Topics:
Up Next

“He extended his hand to me, and I try to repay with work” 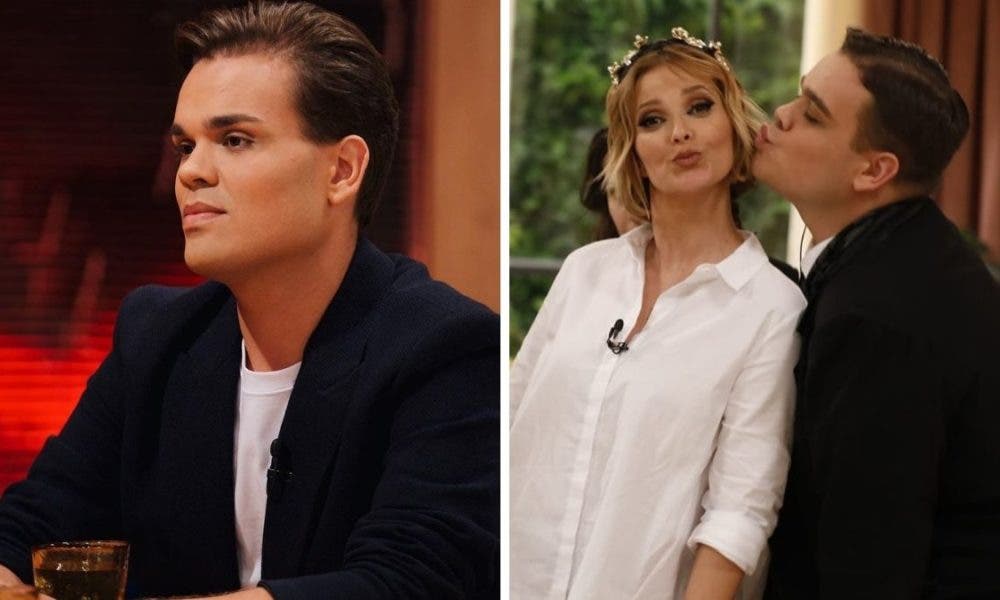 Zé López was this Wednesday, July 6, in the “Goucha” program hosted today by Maria Botelho Moniz, which will be in front of the format in the coming days, since Yva Dominguez, who will replace Manuel Luis Gusha on his vacation, tested positive for Covid-19 .

Speaking to host Ze Lopez, he talked about his childhood, his beginnings in the world of television, the criticism he received and receives on social media, and at one point he opened up about his connection with Cristina Ferreira.

The current Viva a Vida reporter began by recalling an internship he had on Você na TV hosted by Cristina Ferreira and Manuel Luis Gusha, regretting not getting the job.

“I spent very little time with Cristina during my internship, at the time when Cristina introduced Apanha-me Se Puderes, I was away a lot with Pedro Teixeira and Manuel took over most of the time.”general.

Zé Lopes revealed that this was how he returned “home”, noting that shortly after that he received an invitation from Cristina Ferreira to join the O Programa da Cristina team at SIC.

“I still ask myself and tell Christina: I don’t know what Christina found in me, because she spent very little time with me (…) she says that this was due to the fact that I am hardworking and very attentive, and that this is very important in this area, and since I felt that this was a great opportunity, I always I tried to repay with work, ”he admitted.

Also, the producer of the program “Em Família” later regretted the criticism that was and still is regarding his relationship with the host and director of entertainment and fantasy at TVI: “When they say “there is a son of Christina”, “godson” and use it in a negative way, there is nothing wrong with that for me, she has reached out to me and I try to repay her with work, and friendship with Christina is one thing, but professional relations are another, and these are things that we manage to distinguish very well. “.

Finally, Zé Lopez stressed that apart from the opportunity provided by Cristina Ferreira, there was a lot of effort and work on her part.

“I feel like they think everything is easy because I was a beautiful boy in her eyes and suddenly everything was easy. “Você na TV” had a lot of interns and I know that I worked hard (…) I had to give myself a lot (…) just then people think that “Christina gave her the opportunity” and that’s it. It wasn’t just like that!”assured.

Carlos Santana passed out during the concert: “I forgot to eat and drink water” 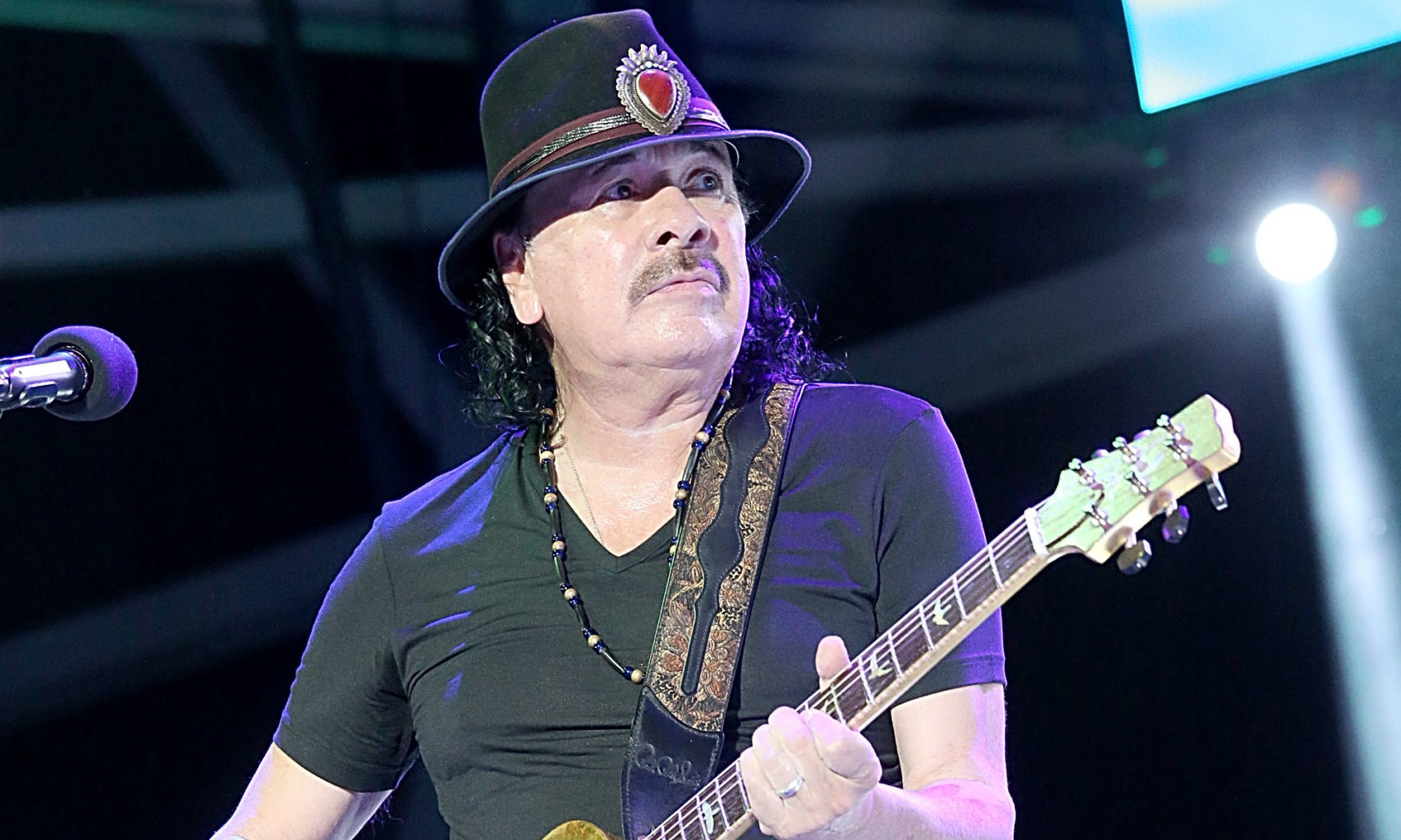 Cult 74-year-old guitarist, Carlos Santanapassed out on stage during a concert on Tuesday near Detroit, in the United States of America.

The musician lost consciousness right on stage 30 minutes after the start of the concert. He was taken to a local hospital for observation.

Carlos Santana took to social media to explain what he has “forgets to eat and drink water”: “Then I got dehydrated and passed out”.

Representatives of the musician, who has already won 10 Grammys, confirmed that he suffered from “heat exhaustion and dehydration”.

According to BBC, who quotes manager Michael Vryonis as saying the musician is fine. However, he added that the concert scheduled for this Wednesday in Burgetstown, Pennsylvania, “will be rescheduled to a later date”.

Footage has surfaced on social media of Carlos Santana stepping off the stage and waving to the audience.

They finally took #Carlos Santana off stage. He waved as he left! 💙🎶 @PineKnobMusic #Detroit pic.twitter.com/yT5J68MZ3L

Considered one of the greatest guitarists of all time, Carlos Santana rose to prominence in the 60s and 70s with the Santana Blues Band, which mixed rock and roll, jazz and Latin American music.

Among the most famous songs are “Black Enchantress”, “Game of Love”, “Smooth”, “Maria-Maria” or “Corazon Espinado”.