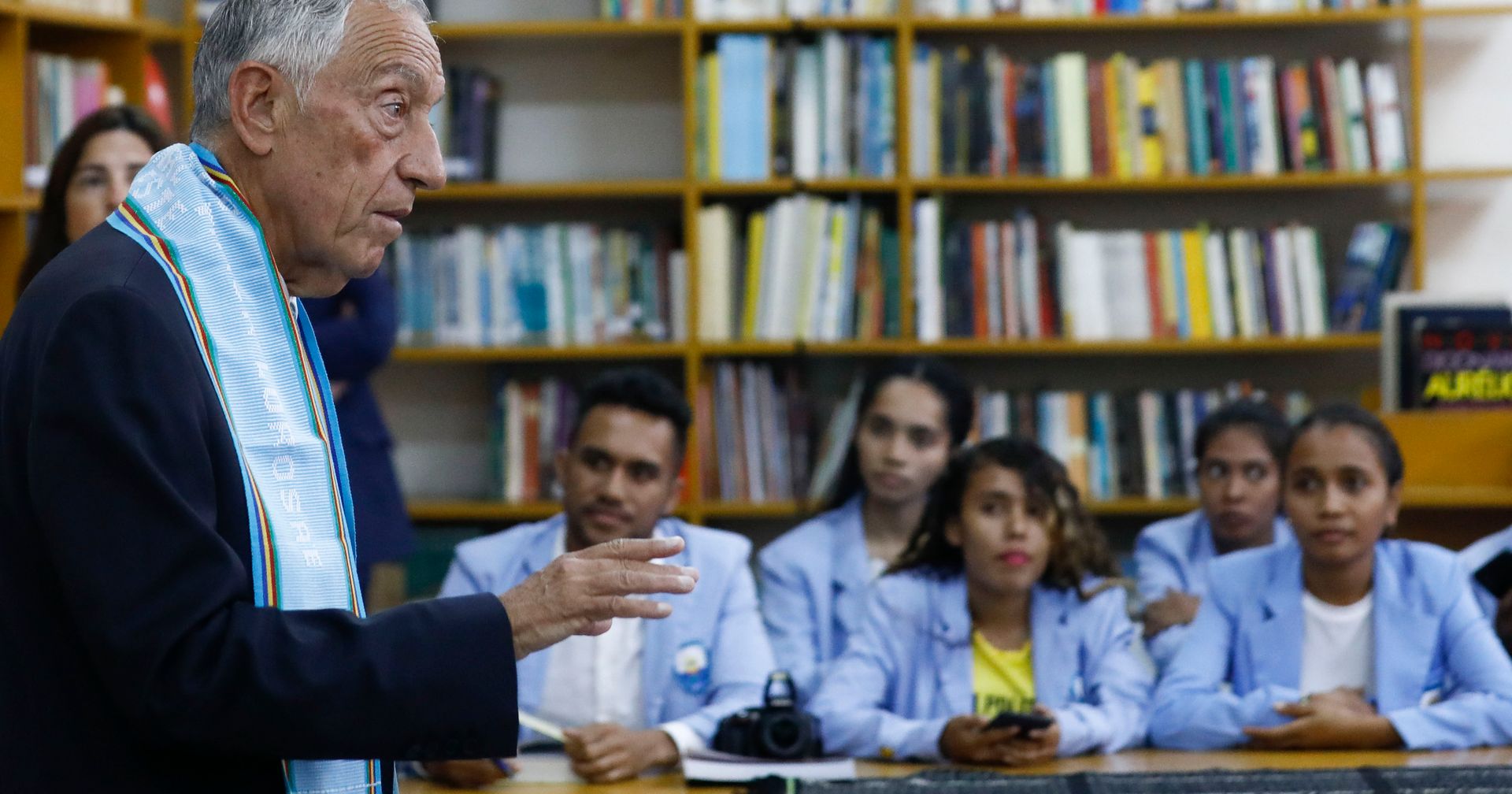 The President of the Republic, Marcelo Rebelo de Sousa, today called Timor-Leste a “bastion” from a geopolitical point of view in the Asia-Pacific region and defined the “cycle of restoration of the Portuguese language” in this country, with expression in the media. and in the state..

In response to questions from journalists at a hotel in Dili, the head of state was asked to explain to the Portuguese the importance of his first official visit to the Democratic Republic of Timor-Leste, and he referred to “reasons of the past” and “reasons of the future”.

Regarding the future, he argued that Timor has a “strategic position that is of fundamental importance”, given the region in which it is located. “In this Asia-Pacific region, where much of the geopolitics of the present and future is played out, there is a bastion called Timor that belongs to the Community of Portuguese Speaking Countries (CPLP),” he said, adding: “This could be very important for Portugal in the area, where we have no other base.”

Marcelo Rebelo de Sousa said that Timor-Leste is a country “that wants to strengthen ties with Portugal, which aligns its position in the CPLP with Portugal, which is completely loyal in joint positions.” Timor-Leste, he continued, “has a president [José Ramos-Horta] with very rare international prestige, has a charismatic historical leader [Xanana Gusmão] with very rare political and international prestige – they are an added value for Timor, but also for Portugal.”

“Add to this that the Portuguese are aware that they have a future. As for the past, they understand this, because even today they do not forget what Timor meant as a common cause,” he defended.

In the words of the President of the Republic, Portugal and Timor-Leste lived “in a joint resistance to foreign domination, which has not been in any other decolonization”, and “in no other case of this historical time is there such unanimity”.

As for the languages ​​spoken by the Timorese, when asked if not knowing Portuguese was a factor in social exclusion, the head of state replied that he had the impression that “more people speak Portuguese, the Portuguese language” “There are specific projects for various areas power: state administration, judicial power, political power, entrepreneurial activity,” he said.

In his view, “a silent revolution is taking place” after “several linguistic cycles” in Timor-Leste: “The old cycle, which still had Portuguese, then the cycle of Indonesian advance, and then Malaysia. , several advances. “And now there is a cycle of recovering the Portuguese language with the help of the media, Portuguese-speaking journalists and bringing Tetum closer to the Portuguese language,” he stated, concluding: “It is changing for the better.”

During his first official visit to the Democratic Republic of Timor-Leste, based in the capital Dili, Marcelo Rebelo de Sousa was accompanied by Foreign Minister Joao Gomes Cravinho.

The program of the head of state began on Thursday and ended today with a meeting with the Portuguese community. The flight to Lisbon is scheduled for Sunday morning in Dili, still early in the morning in Lisbon, where it is less than eight hours.

See also  ″Portuguese coach at PSG? If you have the opportunity... "
Related Topics:
Up Next