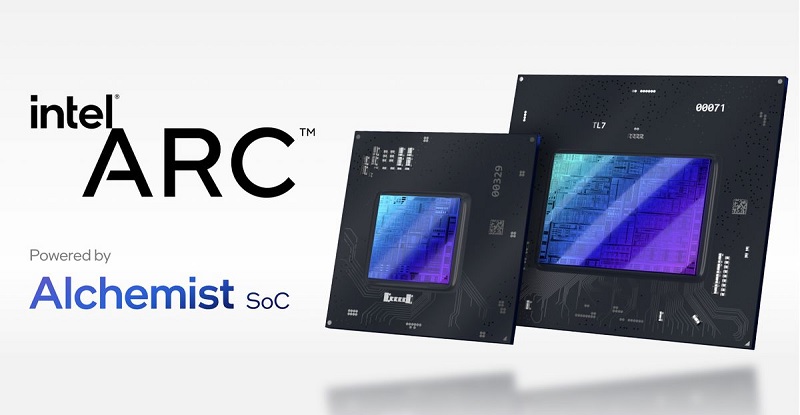 We are getting closer and closer to the long-awaited release of a new line of Intel graphics cards. If until now the North American giant has been an isolated leader in terms of processors, with new arrivals, the manufacturer can also shine in the GPU segment.

According to the latest information, the Intel Arc A370M model may be slightly faster than Nvidia’s competing GeForce RTX 3050 mobile version.

As we already mentioned, the new line of Intel Arc Alchemist graphics cards are almost ready. However, if it was previously believed that the Arc A350M and A370M models would already be launched, then fresh information show that, after all, these GPUs may only arrive at the end of the second or beginning of the third quarter.

But in any case, the expectations for these products are high and enthusiasts in the sector want to see what the manufacturer has in store for this market.

While the Intel graphics cards have yet to arrive, several benchmark results are being released that give consumers a close idea of ​​what the potential of the Arc Alchemist line will be. So this Monday (9) channel PC world published the results of tests conducted on laptops with Intel Arc graphics chip model A370M. These tests will be carried out on the manufacturer's own equipment. 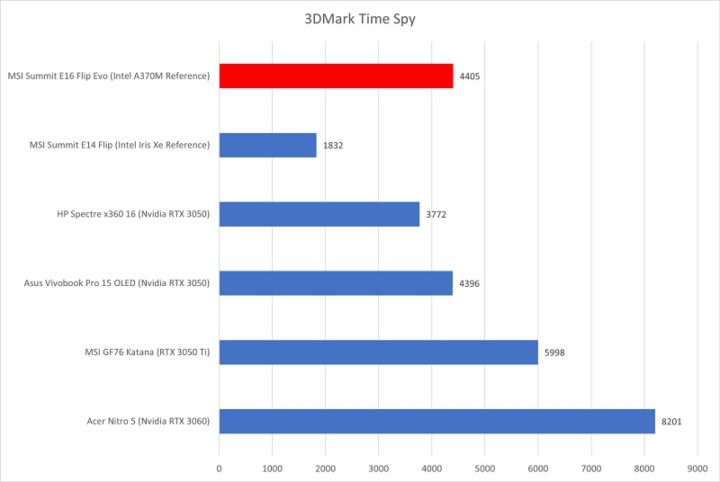 On the graph, we can also prove that the performance of the Intel Arc A370M is more than twice that of a laptop with integrated Iris Xe chips from the same company.

Tests have also been run with multiple games such as Final Fantasy XIV: Endwalker; Shadow of the Tomb Raider at 59fps average and Metro Exodus Enhanced Edition at 19fps average.

These details are yet another way to pique the curiosity of all those who love and follow the hardware segment, but especially those who are considering becoming a user of Intel's new Arc Alchemist graphics line.

See also  NASA and SpaceX launch a super-X-ray telescope to observe the universe
Related Topics:
Up Next 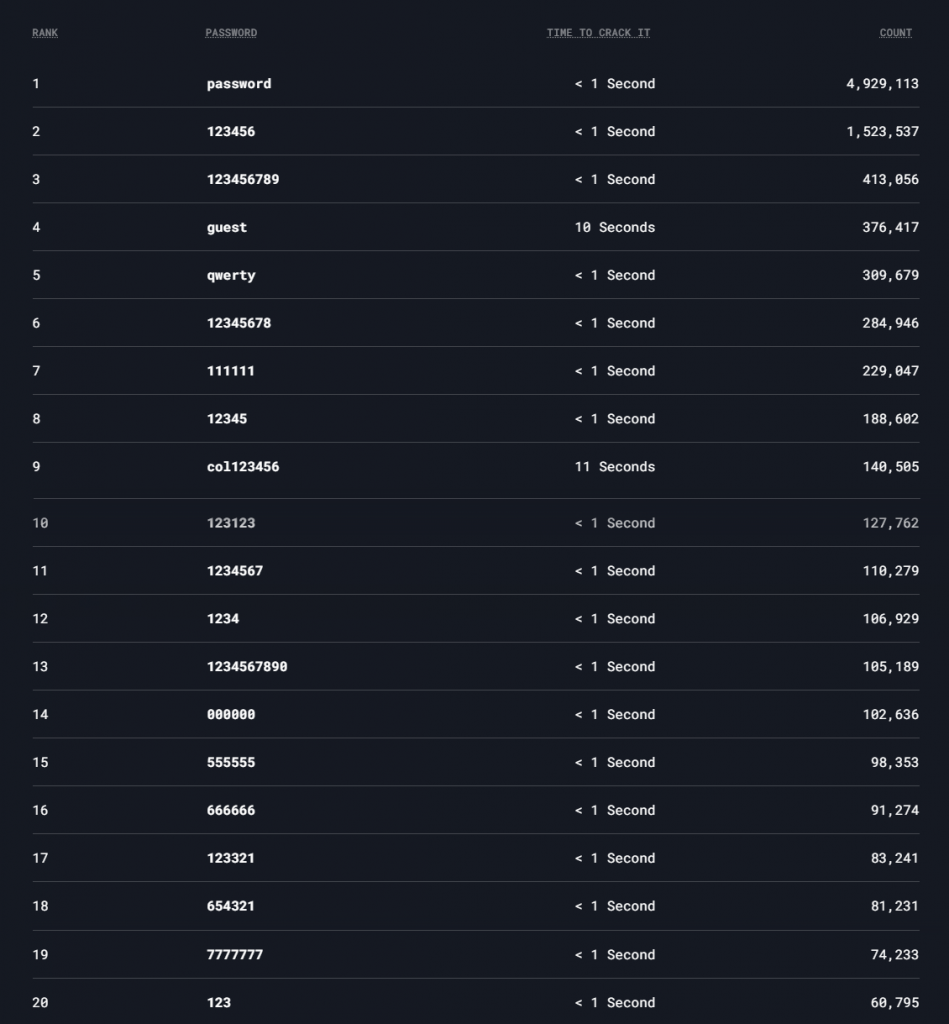 NordPass has released its report on the most used passwords by people around the world and has included some countries in the list, including: Brazil, Chile, Colombia, Spain and Mexico. The NordPass list of the 200 most common passwords is the result of an analysis of a 3 TB database containing credentials that were discovered as a result of security incidents. This information has been gathered through the collaboration of independent incident investigators.

The table is sorted based on how many times the same password was used, including the number of times it was present in the database and the time it took to decrypt it with brute force attack🇧🇷 This time, contrary to what is happening, “123456” is no longer the most used in the world, but another password has taken its place, which is constantly present in this report: “password”, or “password” in Portuguese:

List of the most common passwords around the world. Source: NordPass.

The following table shows a column for each of the five countries mentioned. In all of them, the most commonly used password is the same: 123456🇧🇷 In addition, what can be easily analyzed is the number of variants “123456”, which is also observed worldwide.

Rating of the most common passwords by country. Source: NordPass.

The most popular passwords were also divided into categories such as sports, artist names, bands, food, video games, movies, cars, and others. 🇧🇷This shows that people usually follow a pattern in choosing a password that is easy to remember. However, it also makes them easier to predict. Especially in automated brute force attacks, Em that cybercriminals use software to verify multiple combinations of email addresses and passwords in seconds.” emphasizes Camilo Gutierrez Amaya, Head of the ESET Research Lab.

Popular passwords that use the name of the team or club. Source: NordPass.

“The results show that it is still important to educate people about the importance of creating long passwords, hard to predict and unique for each account or online service. Also, people should be aware that all of this can be achieved with a password manager on a computer or phone, as these services cover all of these needs. Finally, we remind everyone of the importance enable two-factor authentication Em all the services they use so that the security of their accounts does not depend only on the password, ”concludes Gutiérrez.

NASA releases images of the Moon from Orion’s last flyby 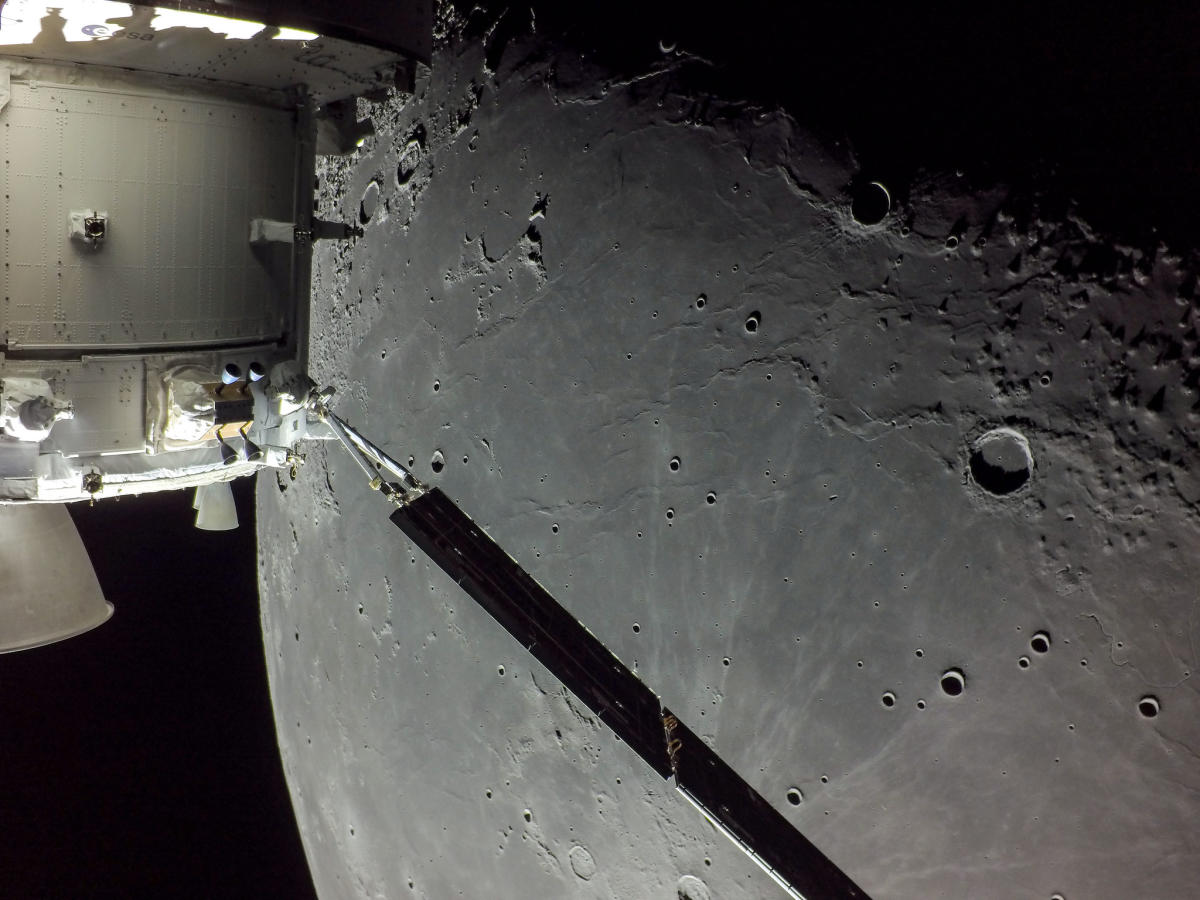 capsule Orion made this Wednesday (7) his last orbit around the Moon on the way to the Earth, and NASA released some of the best photos of the spacecraft. Pictures taken by a high-resolution camera mounted on the tip of Orion’s solar panels show the spacecraft orbiting the Moon and taking a picture of the moon’s far side.

Photos taken by Orion during its first close lunar transit were quite grainy and blurry, likely because they were taken with Orion’s optical navigation camera rather than a solar panel-mounted GoPro. Other GoPro photos were slightly overexposed, but NASA seems to have set their latest series of photos right.

Space photographs were obviously not the primary focus of the Artemis I mission, but they are important for public relations, as NASA has found in previous missions. It was a little surprising that NASA didn’t show some high-resolution close-ups of the Moon’s surface when it first flew by.

Orion’s performance so far has been “excellent,” program manager Howard Hu told reporters last week. The spacecraft was launched on November 15 as part of the Artemis 1 mission on NASA’s powerful Space Launch System. A few days ago, the spacecraft ran its engine for three and a half minutes (the longest flight so far) to set a course for a Dec. 11 landing.

The next mission, Artemis II, is scheduled for 2024 to take astronauts along the same path as Artemis I without landing on the moon. Humans will then finally set foot on the lunar surface again with Artemis III due to launch in 2025.

The way we interact has definitely changed in recent years. Thanks to technology, we have the ability to work from virtually anywhere and minimize unnecessary face-to-face meetings. But there are things that don’t change hybrid world: a the need for human connection and a sense of community.

Following this path Microsoft announces today Communities, not Microsoft Teamsone new star an experience that allows people to join, connect, share and collaborate together🇧🇷 This experience gives groups of all types a digital space to stay connected before, during and after meetings. The communities are currently working on a free version of Microsoft Teams.one.

During this year Microsoft more than 450 functions introduced in Microsoft Teams to help organizations meet growing workforce needs. Except Communities, not Microsoft TeamsHere are some of the latest features designed to make meetings more inclusive, collaborative and productive:

one Communities in Teams are available in the free version of Microsoft Teams, Teams Essentials when you sign up with a Microsoft account, Microsoft 365 Personal, and Microsoft 365 Family.