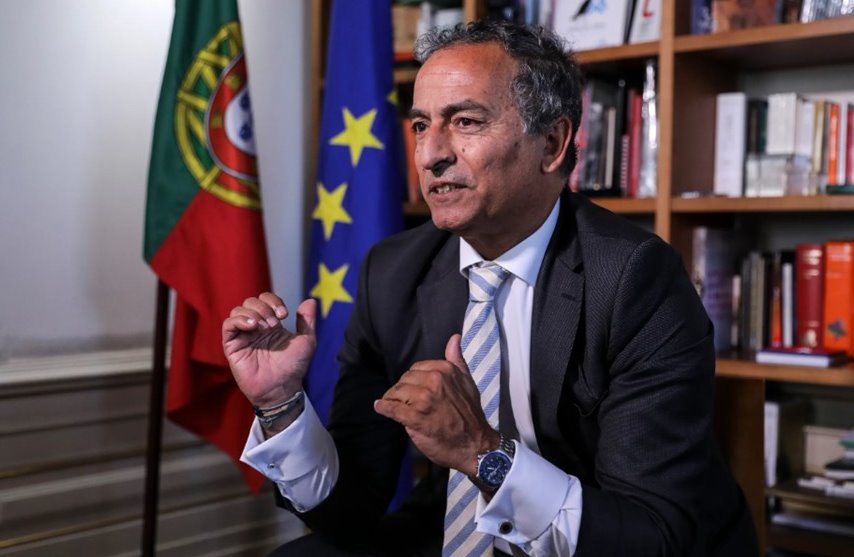 The Camões Institute has invested 18 million euros in the Program for Recovery and Resilience (PRR), intended “fundamentally” for a parallel network of Teaching Portuguese Abroad (EPE), and its president is “saddened” by accusations of investment cuts.

“I can say that the biggest PRR program, which is located in the Ministry of Foreign Affairs, is dedicated to what is called “EPE digitization”, mainly aimed at the parallel network. To understand the care and attention we have given to this, there are 18 million euros that we are investing in the near future, and already in 2022 with a slice,” said Joao Ribeiro de Almeida.

The president of the Camões Institute for Cooperation and Language, in a statement to Lusa, referred to funds allocated to a €16.6 billion European program known as the European bazooka.

The huge efforts of the digitization process, the diplomat continued, “will be related to the acquisition of computers and student assistance, and will mainly focus on the parallel network.”

“Therefore, I am a little sad when they say that the Portuguese state is refusing to invest in the parallel network, because it is not true,” said the director of the body responsible for managing EPE.

There are 68,542 students in 1,406 schools in 18 countries in the official EPE mode this academic year. It is divided into three different approaches: an integrated system approach in which countries adopt Portuguese as the language of instruction, and an approach of learning systems in parallel and supported networks.

In the parallel network, students, mostly Portuguese, learn the language outside the classroom, in schools that are usually different from those they usually attend. In a supported network operating in the United States of America, Canada, Australia and Venezuela, the educational structures of these countries make Portuguese available to those who want to learn the language and are supported by the Portuguese state through Camões, especially in the form of manuals. and content.

One of the most serious criticisms of national emigrants, voiced by the President of the Regional Council of Portuguese Communities in Europe, Pedro Rupio, in statements to Luce late last year, is that Camões “increasingly” sets himself the “goal” supposed to “teaching foreigners Portuguese language, as evidenced by integrated education, to the detriment of parallel learning, with fewer and fewer students.”

The consequence of this, as Pedro Rupio said at the time, is “the withdrawal of Portuguese and people of Portuguese origin from the official EPE network” as a result of the fact that governments in recent years believe that “it is more interesting for Portugal to invest in a foreigner than in a Portuguese” .

João Ribeiro de Almeida did not challenge Lusa’s political strategy. “Obviously, the goal of any high-ranking official in Camões or the Ministry of Foreign Affairs is to have as much Portuguese as possible on the official network. That is, for countries to understand that it is in their interest to have Portuguese as the language of instruction in the education system itself. This is our goal,” the diplomat admitted.

However, he added, “the process” of EPE digitization, “which in Camões’ eyes is something like a girl, is almost entirely applied to the parallel network”, and therefore admitted that he was “a little sad when people say that Camões refuses to invest in a parallel network,” he said.

“All the three hundred or so professors currently in EPE are in the service of the parallel network,” the diplomat stressed. “They may argue that there are areas in Europe that still do not have good coverage in terms of a parallel network. This is true. We watched, hand in hand. Moreover, the dynamics of Communities changes every 10 years. The concentration of the Portuguese due to a certain situation, due to the fact that there is a manufacturing plant nearby, which has closed in the meantime, causes a movement,” he explained.

But João Ribeiro de Almeida assured that “Teaching coordinations, of which there are 11 in the world, depend on Camões, are very attentive to these realities.”

“Now there is no reduction in investment in the EPE parallel network because it continues to be the core of our activities,” he assured.

Asked for a target of the 18 million euros in PRRs that are being delayed, President Camões said that they would be “mostly” invested in “tablets” and “computers” and “much more things” namely content.

“But be careful: the equipment is very important because one of the things we get the most complaints and outbursts from our teachers in Learning Coordinations has to do with some of the outdated materials. In this sense, this whole process of optimizing the digitization of EPE requires a large amount of equipment. That’s for sure,” he said.

The EPE digitization process was announced in mid-2021 by the then Minister of Supervision, Augusto Santos Silva, but João Ribeiro de Almeida acknowledged that “before the end of this year” he would not be able to present a specific balance. goals achieved.

“These are complex procedural issues, within the PRR itself we must hold international public auctions, because this should be with maximum transparency,” he explained.

“First of all, the needs are fully defined,” he stressed. “This is all established, now we are coming out with procedural documents, with the entire bureaucratic part of the state,” he concluded.

See also  Hot Property: The villa adjacent to the horse race at the Thermal Club sells for $ 3.25 million
Continue Reading

See also  How can I make my company talk about racial injustice?
Continue Reading