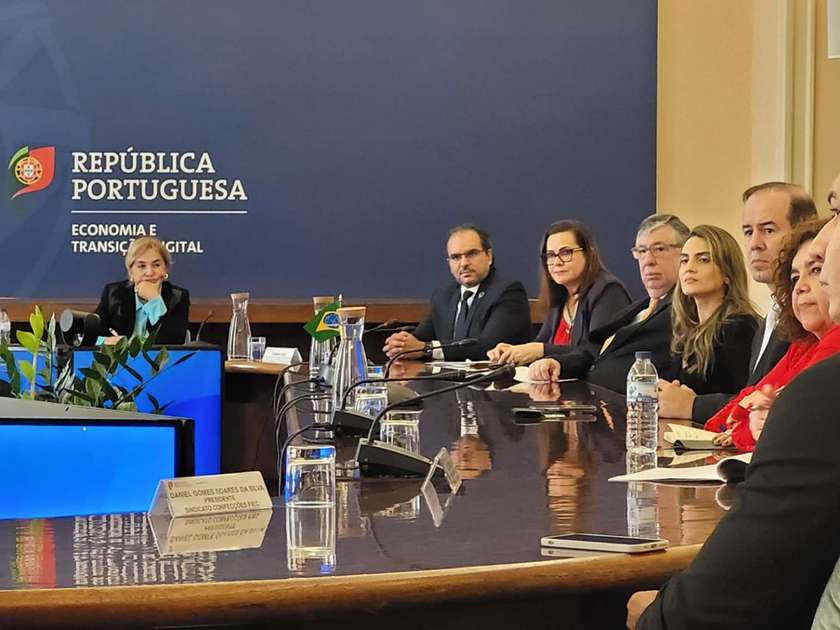 Portuguese and Ceara entrepreneurs met yesterday in Lisbon to open the Ceara Business Opportunities Seminar, a Ceara Business Mission program that this week presents the state’s potential in all areas, especially in renewable energy, green hydrogen, agriculture and innovation .

Yesterday, 30 years old, Minister of Economic Development and Labor (Sedet) Maya Junior, who leads the mission, explained what Ceara has to offer investors, and was listened to attentively by Atlantic Hub CEO Eduardo Migliorelli; President of the Portuguese-Brazilian Chamber Clovis Martinez; the market manager of this chamber, Fernando Quintas; and Invest Lisboa Project Manager Claudia Morais.

“We showed a very specific audience the possibilities and structure that Ceará has today to intensify commercial relations with Portugal,” Maia Junior said in a column message.

To this end, the mission split up to attend two meetings at the Ministry of Economy of the Portuguese government.

At 2:30 pm, Portugal’s Secretary of State for Tourism, Rita Marques, received the Executive Secretary of Setur, several entrepreneurs from Ceará and representatives of Sebrae Ceará who are members of the Mission.

At 3:00 pm, a meeting with Secretary of State for Maritime Affairs José María Costa was attended by Secretary Maya Junior and Sedet leaders, as well as Ceará’s Secretary of International Relations, César Ribeiro.

“It was a great meeting where we made some commitments to the Ocean Conference – an event that will take place later this month in Portugal – and we talked about structuring policies that can make the maritime economy thrive. in Ceara,” said Maya Junior.

Yesterday late in the evening the delegation from Ceara was received by the leaders of Galp, a group of Portuguese companies in the energy sector. Following the presentation of an institutional video promoting the State of Ceara, Executive Secretary Rosan Medeiros made a presentation on the renewable energy sector with a focus on green hydrogen (H2V).

“We were very well received at Galp and left with good business prospects. The directors promised to visit Ceara and I think we will have a very good relationship not only in the field of renewable energy,” Maya said.

Concluding the agenda for the first day of the mission, the delegation met with Portuguese businessman Jorge Rebelo, owner of the Vila Galé hotel chain, which has been present in Ceara for over 20 years.

“Jorge Rebelo made a statement about what is most important for entrepreneurs in the tourism sector and how the state can help so that they can look for new opportunities in Ceara. It was a very fruitful first day, and the week promises,” secretary Maya Junior stakes.