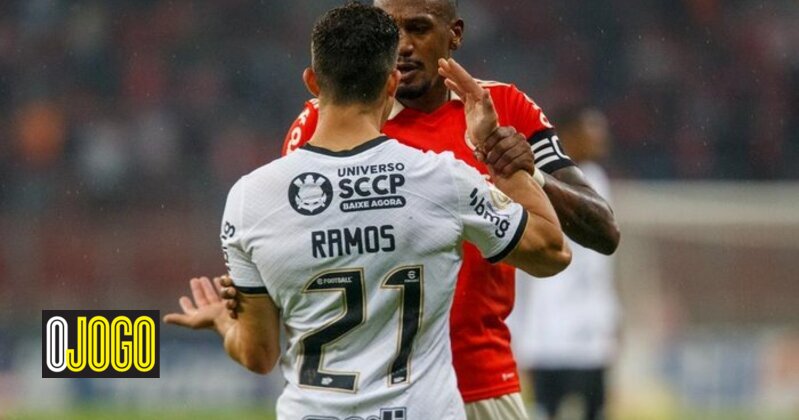 An organization investigating the televised discussion between the two points out that “it is clear that the word ‘monkey’ was not included in the interrogated speech” because “there was no joining of the lips.”

An analysis carried out by the Curitiba Forensic Center at the request of the Porto Alegre police of television images of the disagreement between Rafael Ramos (Corinthians) and Edenilson (Internacional) over the former’s alleged racist act concluded that the party did not utter the word “monkey” as the accused , but the term “car****”.

Portuguese. Official: Silas is working on a new project at a club he knows well

International. The duo involved in the fight for consistency will play against Everton

According to a document from the Curitiba Center of Excellence, which ESPN Brasil had access to, the dialogue between the two players that took place a week ago was as follows: “Eeeee… Are you crazy?” asked Rafael Ramos. “Crazy!” Edenilson replied. “Yes, dude ***!” Rafael Ramos protested, causing an argument between the two.

The Curitiba Forensic Center justifies the “acquittal” of Rafael Ramos, who assured that he was not a racist towards Edenilson, citing the fact that “the syllable “ma”, from which the word “monkey” begins, can only be pronounced with a labial connection. , which, according to the examination, Rafael Ramos, a cornerback hired from Santa Clara, “did not do”.

“Given the internal characteristics described and demonstrated in the course of this conclusion, it is clear that the word ‘monkey’ is not included in the interrogated speech, proving that there was never a lip connection at the beginning of the pronunciation,” concluded the requested examination “for clarity” by the Porto Alegre police .

A week ago, following an accusation made by Edenilson of an alleged racist slur, even publicly attested, Rafael Ramos was arrested and released a few hours later after Corinthians paid bail.

The Portuguese side, accused of calling the Brazilian Internacional Porto Alegre midfielder a “monkey”, will answer, according to Carlos Butarelli, a Porto Alegre federal police delegate, for a “crime of racial discrimination” now at large.

The incident between them even forced the interruption of the meeting, which took place on May 14, between Corinthians and Internacional for about five minutes. After the final whistle, Rafael Ramos stressed that it was a “misunderstanding” and Edenilson reiterated that he “didn’t misunderstand” the alleged racist insult uttered on the pitch.

A BOLA – Two Candidates in an Election (Académica)