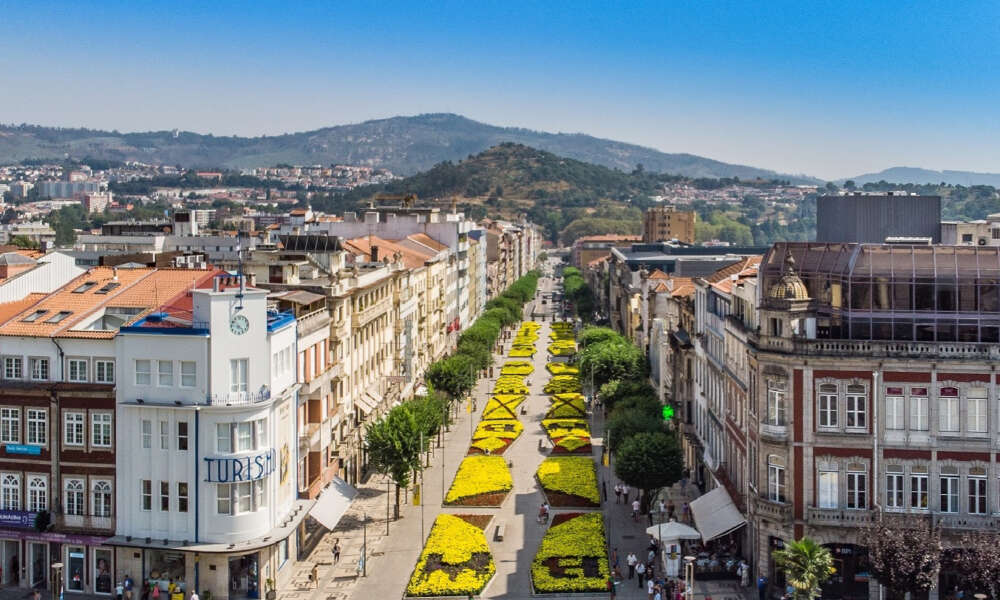 The Big Auditorium stage of the Altice Forum Braga was the place where Ricardo Rio, Mayor of Braga and InvestBraga, took stock of InvestBraga’s eight years of activity. Braga on the international investment radar set the tone for the mayor’s speech at the 5th Economic Week Economic Forum.

Braga is the fourth municipality in Portugal in terms of exports, according to the real exports of companies in Braga. “Our country is a benchmark in the economic scenario, and the export performance proves the role we play in national development,” defended Ricardo Rio in his speech at the afternoon session on Tuesday, May 24, strengthening the role of business and the industrial fabric of Braga, “responsible for almost 3% of national exports”.

Aware of the problems that Braga faces, the head of InvestBraga stressed that “the municipality has the ability to create new opportunities for people to feel good in Braga.” “
We have an ongoing challenge of attracting and retaining human resources for the business projects we have here, and working in Braga plays a fundamental role in supporting the attraction of quality talent,” Ricardo Rio added, highlighting over 1,800 job offers. companies through the InvestBraga platform and received 3244 applications.
According to António Costa e Silva, Minister of Economy and Navigation, “Braga is an excellent example of how the sustainability of a business structure contributes to the approval of the municipality as a whole.”

Braga on the radar of a major investment boosted by human resources
In total and through InvestBraga, 768 business projects were supported between 2014 and 2022, of which 194 were of international origin and 574 of local and national origin. “The work that we have done, either through our diplomatic actions or through direct contact with investors, has played a decisive role in putting Braga on the path of major investments,” Ricardo Rio emphasized.
Also in the field of recruiting human resources for Braga, large companies and business groups in Braga, large multinational corporations and technology companies have played a decisive role in creating new jobs, which will lead to more than three thousand opportunities by the end of 2023.

With 185 startups in their community, startups associated with Startup Braga have raised over €300 million between 2020 and 2022, which is largely the result of investments received by Sword Heatlh, the first unicorn of the innovation hub, in 2021. , in the region of 252 million euros.
Throughout 2022, Startup Braga will host a series of events that will fuel the dynamism of the national entrepreneurial ecosystem, highlighting the implementation of the Global StartupCities Summit III, which will bring together Altice Forum Braga startups, investors in November. and community organizations to discuss building a strong entrepreneurial ecosystem.

The resumption of the culture, congress and event sectors has led to a full house at the Altice Forum Braga and the confirmation of the main events of the 2022 agenda such as Rosalia, Dua Lipa, Amar Amalia and the already held Congress of the Order of Nurses.
In the retrospective of Altice Forum Braga, we highlight the fact that between 2018 and 2022 this venue was chosen to host 231 exhibitions, 164 congresses and 686 events attended by over 1,300,000 people.

The Braga Youth Center claims to be an open door for young people and the world.

Designed to put young people at the center of its mission, the Braga Youth Center invests in a variety of youth-focused activities and also opens the door to cultural projects such as Festival Política and Festival Convergências.
In total, since opening in December 2019, the Braga Youth Center has already hosted representatives of 65 nationalities, providing 22,518 overnight stays.

Portugal’s education system is like a Rolls-Royce, says UNESCO expert

“Zaidu speaks some Portuguese but is very funny in his naivety”

Computer exam | The PLATO mission is looking for another “Earth”. And there is a Portuguese name associated

The PLATO observatory will have 26 telescopic cameras to detect planets like ours in size, density and distance from a star orbiting thousands of sun-like stars. Portugal is actively engaged in science, development and processing of observations of this mission and will be able to name one of the cameras that are part of the mission.

The IA has now opened a vote to choose a Portuguese name, which will then be the identification of one of the cameras “during the existence of the mission in space, as a way to honor the astronomers who prepared the science that the PLATO mission will allow to advance,” can be read on the institute’s online page.

Taking into account the criteria that it must be a person who was born somewhere within the current boundaries of the territory, who contributed to astronomy in our country, especially in the study of stars and planetary systems, and who cannot be a living person, the IA proposes the following personalities:

See a brief biography of each of these personalities here and take the opportunity to vote. 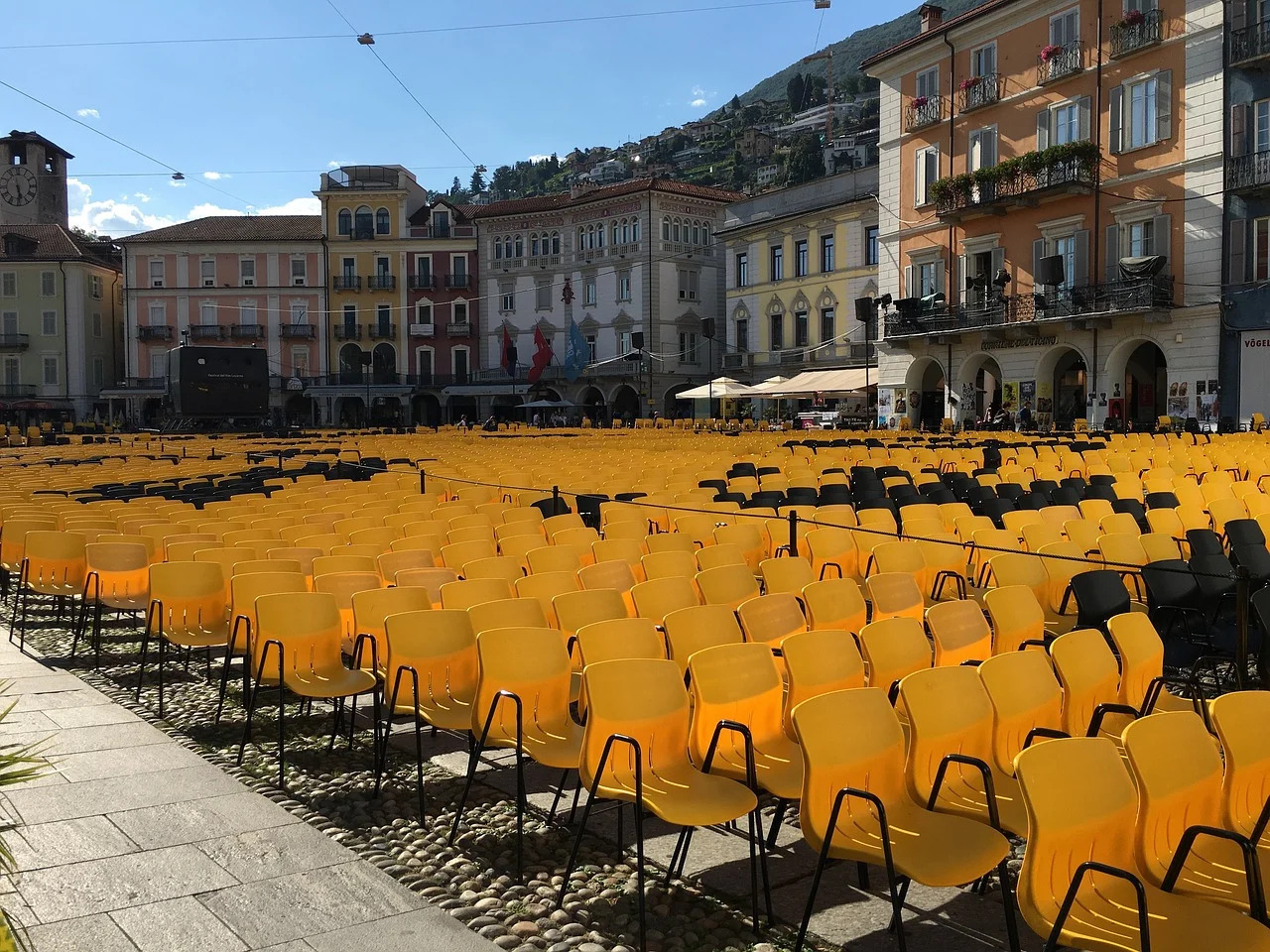 The film “Nasao Valente” by Carlos Conceisan is part of Film Festival in Locarnoin Switzerland in August, in an edition containing other Portuguese and co-produced works, out of competition.

According to the schedule for the 75th edition, released this Wednesday, the international feature film competition is hosting “Nacao Valente,” a feature film by Carlos Conceicao that, according to producer Terratreme Filmes, is about “the end of Portuguese colonialism, the independence of Angola.” and the Trauma of Colonial War.

The film features actors such as João Arraes, Anabela Moreira, Gustavo Sumpta and Leonor Silveira and was co-produced with France and Angola, where Carlos Conceição was born in 1979.

At the Locarno Film Festival, which will be held from 3 to 13 August, other Portuguese films will also be presented out of competition, namely “Where is this street? Or without before and after”, Joao Pedro Rodriguez and Joao Rui Guerra da Mata, also producer of Terratreme.

In Locarno, where they have already received awards, the two directors will present the premiere of a documentary filmed in Lisbon, revisiting the scenes of Paulo Rocha’s Os Verdes Anos (1963) with actress Isabelle Ruth.

Also out of competition and in the program dedicated to the first works will be “Objetos de Luz”, a visual reflection on the importance of light in cinematic creativity, signed by director of photography Acasio de Almeida and Marie Carré, producer of Bando à Part.

See also  For sale 105 hectares of land in Hollister Ranch

Day of Despair (1992), a film by Manoel de Oliveira about the last days of the life of the writer Camilo Castelo Branco, will be screened in Locarno in the Film History(s) section.

On the eve of the Locarno festival, in Piazza Grande, the animated film “No Dogs and Italians” directed by Alain Ughetto, recently awarded in Annecy, a Portuguese co-production with Ocidental Filmes, will be screened. .

Giona A. Nazzaro, second year as Artistic Director of the Locarno Festival, described this year’s program as “broad, varied and comprehensive”.

Portuguese heritage at the Jewish cemetery in Hamburg 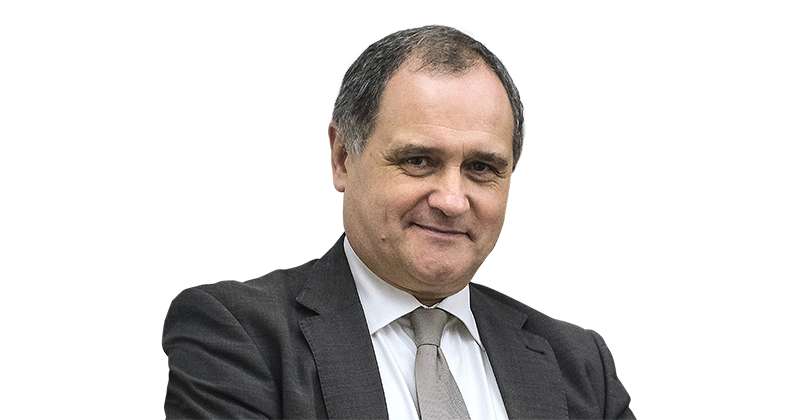 The Jewish-Portuguese cemetery in Hamburg is an outstanding example of the Portuguese presence in the world, where history confirms the well-known ability of the Portuguese to adapt to the most unexpected contexts and situations.

Built in 1611 with over 1,500 graves recorded, according to some sources, the cemetery was officially closed almost a century and a half ago and is today a heavily visited site and the oldest in the city and northern Europe. You pass the gate that protects it, and the visitor is immediately enveloped in tall and scattered trees, which give shade and freshness to the tombstones inscribed in Portuguese, others in Hebrew, many covered with a veil of soot and moss, some fallen vertically.

Fleeing from Portugal due to the Inquisition at the end of the 16th century, the new Christians were well received in Hamburg, where they found a place to live without hiding their religion and Jewish rituals. Located then in one of the most noble districts of the city, the name of the Königstraße, Rua dos Reisis a reflection of this.

The land was acquired by the Portuguese merchants André Falero, Rui Cardoso and Alvaro Dinis, who won the sovereign’s favor and thus managed to ensure that “the Portuguese people could bury their dead,” the Sephardic Jews, according to the little book. Stone Archive – 400th Anniversary of the Jewish Cemetery in Königstraße. Through their actions, they have left to posterity an extraordinary legacy in which to find part of the history of Portugal and Hamburg, which certainly contributed to the fact that this city is today the most Portuguese in Germany, with countless traces of our presence, starting with the “Portuguese Quarter”, crowded with restaurants , to the old school ship Sagres anchored in port, from the ubiquitous custard tarts to the only bust of Vasco da Gama to be found abroad.

Later, the cemetery was expanded through the acquisition of adjacent land by Ashkenazi and German Jews, where members of illustrious families such as the poet Heinrich Heine or the philosopher Mendelssohn were buried.

The cemetery withstood the passage of time, wars and Nazi bombardments. Just as he resisted the theft and anti-Semitic vandalism that hit him several times, apparently on some of the tombstones, broken or damaged.

After 400 years, the erosion that affects the gravestones is visible in the blurring of the contours of letters and symbols that briefly tell the story of the deceased, including rabbis and scholars. This tomb art on Sephardic tombstones is very interesting and peculiar, not only because of the biblical references and the lives of the dead, but also because a significant part of the symbols used were not properly characteristic of Judaism, which forbids the depiction of people and animal figures. Roses, geese, deer, doves, boats, vases or anchors are some of the motifs that adorn gravestones, and images are certainly inherited from Christianity.

This transgression is consistent with the fact that Sephardim are seen as a different type of Jews, more open, free, cultured. You Stone Archives to give a good account of how so many Portuguese families are so inextricably linked to the history of the city, as well as what is recognized as a characteristic of the Portuguese, namely their extraordinary adaptability, their cosmopolitanism, humanism and universalism. They are described as Jews with a broad secular education, naturally adapting their Iberian-aristocratic origins to their new Jewish world, reconciled with non-Jews.

Never losing contact with their relatives in Hamburg and Altona, many Portuguese, especially those with less property, began to re-emigrate to other places such as Caracas, Jamaica, Curaçao, Barbados, the United States, London or Amsterdam, dispersing all over the world. of the world and always leaving a mark and a human and cultural heritage that is important not to be overlooked.

Wandering among the tombstones and tall trees through which beams of light pass through the very green leaves of the Portuguese Jewish cemetery in Hamburgo Altona is an intense experience, thanks to an enveloping energy that binds us to the place and makes us feel something. inexpressibly. , as if you needed to stay longer until you understand the history of those people who are considered as rich as they are out of reach.