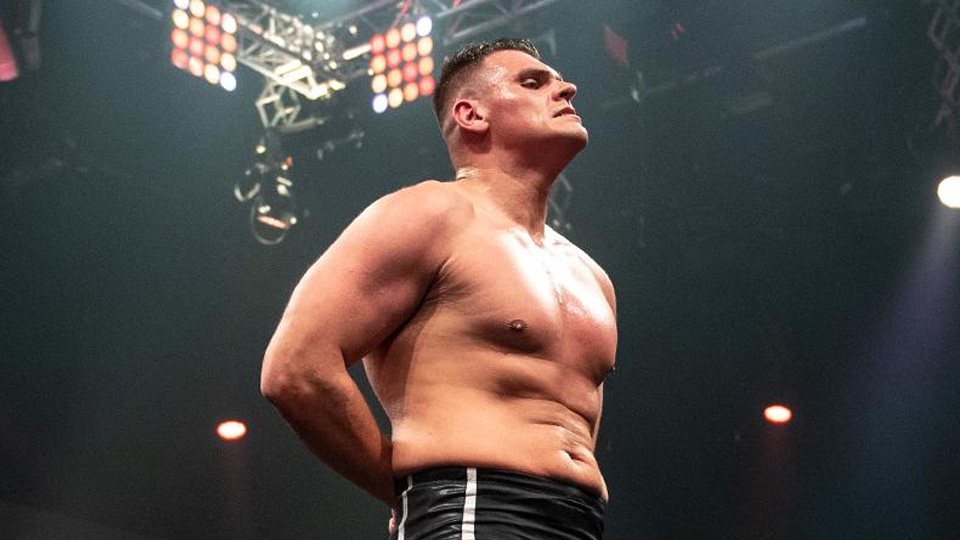 OUR NXT UK this week started with video package remembering some of the best moments in Walter’s career brand The Briton is gearing up for his last fight tonight.

– Dave Mastiff and Jack Starz, Vendors of Die Familie (Teoman and Rohan Raja): The match started better for the duo of Dave Mastiff and Jack Starz, but some outside support from Charlie Dempsey allowed Teoman and Rohan Raja to dominate the match for several minutes. Jack Stars there withstood the onset of rivals and made tag Dave Mastiff, who went all-in and balanced the fight. After several chances to win for both teams, Charlie Dempsey and Gallus (Joe Coffey, Mark Coffey and Wolfgang) made a fuss outside the ring, and David Mastiff took advantage of the distraction to snatch victory with Suplex in Rohan Raja.

After the fight is over, we fight between Gallus and Die Familie, in which several judges were to participate and behind the scenes do NXT UK.

To continue we saw Ginny no behind the sceneswhile on the way to the ring to comment on the next fight.

We then saw footage of Walter’s UK NXT debut and rivalry with Pete Dunn leading to his NXT UK Championship win and promotion main event in the evening the farewell match of the Austrian.

Next we saw footage from last week’s NXT UK Women’s Championship match, which ended with Meiko Satomura defeating Blair Davenport, but the latter attacked the champion after the match.

Further broadcast video package e promo about Ilya Dragunov and Jordan Devlin, who will face each other two weeks later in a match for the NXT British Championship.

IN TWO WEEKS… @NXTUK The championship will be on the line. pic.twitter.com/R2OlQSrhYf

– Amale defeated Stevie Turner: The match started better for the French Hope, but with the help of some cheating and trickery, the rival futurist managed to control the situation for longer. But the French fighter did not give up and managed to balance the fight, and opportunities for victory began to arise for both. In the end, Amale caught Stevie Turner with Destroyer of hopes and won the fight, which did not sit well with the commentary Ginny.

In Sid’s office, Skala interrupted Pretty Deadly (Lewis Hawley and Sam Stoker) who had come to complain about Sam Gradwell’s provocations. In it, the assistant general manager of NXT UK announced next week’s tag team match where Sam Gradwell would choose his partner.

More images of WALTER’s NXT UK career were later aired, listing several opponents that The Ringmaster had beaten over the years on the show. brand WWE UK Championship before losing the NXT UK Championship to Ilya Dragunov at NXT TakeOver 36.

Maybe @AKidWrestler reach its former glory or will @NoamDar continue the impulse wave with #NXTUK #Heritage Cup on the line? pic.twitter.com/DKUgHZgjV2

Not behind the scenes, Amal was being interviewed about her victory, but Ginny interrupted him. “French Hope” quickly lost her temper, and we almost quarreled. fight between two.

– WALTER defeated Nathan Frazier: The Austrian fighter was very dominant while high-ranking The British were eager to use their speed to advance. WALTER mistreated his opponent almost all the time. strikes powerful and their incredible chops, while Nathan Frazier resisted as best he could, especially attacking the opponent’s left leg. The Briton almost won with stomp it frog splash, but in the end WALTER won with a powerful powerful bomb.

What are your thoughts on WWE NXT UK this week?

See also  Signs Most Affected by the Virgo New Moon September 2021
Related Topics:
Up Next

Yakiara remembers the day her marriage to Deku fell apart: “My world collapsed.”

See also  "I never imagined that at the age of 29 I would divorce three children."