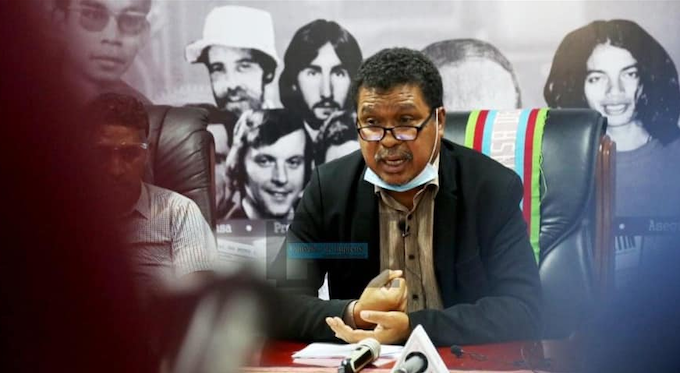 “Since 2017, at least, there is not enough communication. A more sociable president with all the strengths of the country is important. Especially because we have focused too much on freedom and equality and have forgotten the brotherhood, brotherhood, solidarity that characterized our struggle, “he says in an interview with Lusa.

“Our leaders lack communication between themselves and with the people. We must admit that mistakes are made. But also the fact that it was only by making mistakes since 1975 that we achieved independence, ”emphasizes the current chairman of the Press Council.

Virgilu Guterres explains that he is running with a sense of “responsibility, self-sacrifice and self-denial” and a “call to political responsibility” to his generation.

He points out what, in his words, is “the euphoria of freedom, pride and some arrogance, even great arrogance”, which, in his opinion, is noticeable “in the narratives to the public that they are the owners of independence, the pillars of the nation.” …

“If some owners, then who are others? They forget that managing is more difficult than fighting for independence, ”he emphasizes.

“Shanana Gusman said that fighting is the art of living with the enemy. And governance should be a different art, living with opponents, accepting disagreements, showing tolerance between the parties. It can serve as trenches, ”insists Virgilu Guterres.

What happened, he believes, is that the differences and disagreements that have always existed during the struggle against the Indonesian occupation have revived, especially since 2017, with “early elections and interpretations of the Constitution”, with the “loss” of the country’s leadership its own way, how to formulate the future, the fate of the people ”.

“Political positions are more space for self-proclamation on both sides – I am alone, I do more than the other – and this is not a space for political commitment to serve the people. Worrying about this situation is what motivates me. “adds.

The population is “disappointed” and “fed up with conflicts,” especially when they “evoke the deepest feeling of sympathy” for a particular leader, the candidate said.

“Because the confusion, the source of confusion, comes from our most beloved and revered leaders and most revered political forces,” he said.

For Virgiliu Guterres, “in the past, these leaders were problem-solving examples, but now, after independence, they have become a center of frustration and trouble,” and Timor-Leste lacks love and anxiety for leaders. “.

The pre-candidate says that he asked the leaders about what exactly was restored 20 years ago, seemingly only restored “selfishness, parochialism, schism, which during the period of resistance were buried for a greater cause.”

“We reached the final goal only by hugging everyone. But now there are narratives that if not for this or that, we would not have got here. And it comes from Fretilin, from Xanana, from all those in power, formal and informal, ”he emphasizes.

“People pin great hopes on them, on the figure of Shanana, on the strength of FRETILIN as a historical party, but these 20 years have greatly undermined it. It’s time for current leaders to focus on managing interests. From 2002 to 2017, it seems that they spent more time managing their interests, “he criticizes.

Elections are scheduled for March, and any candidate must register at the Court of Appeal with at least 5,000 signatures.

See also  "Bolsonaro's veto is political in nature," says a militant about the PL.

The date of the elections will be announced this month by the head of state Francisco Guterres Lou-Olo.

There is already “some political consensus” for regionalization, the parties admit

Alienation of politics and the erosion of democracy

See also  The politician on murder charges was unanimously impeached in the House of Councilors.