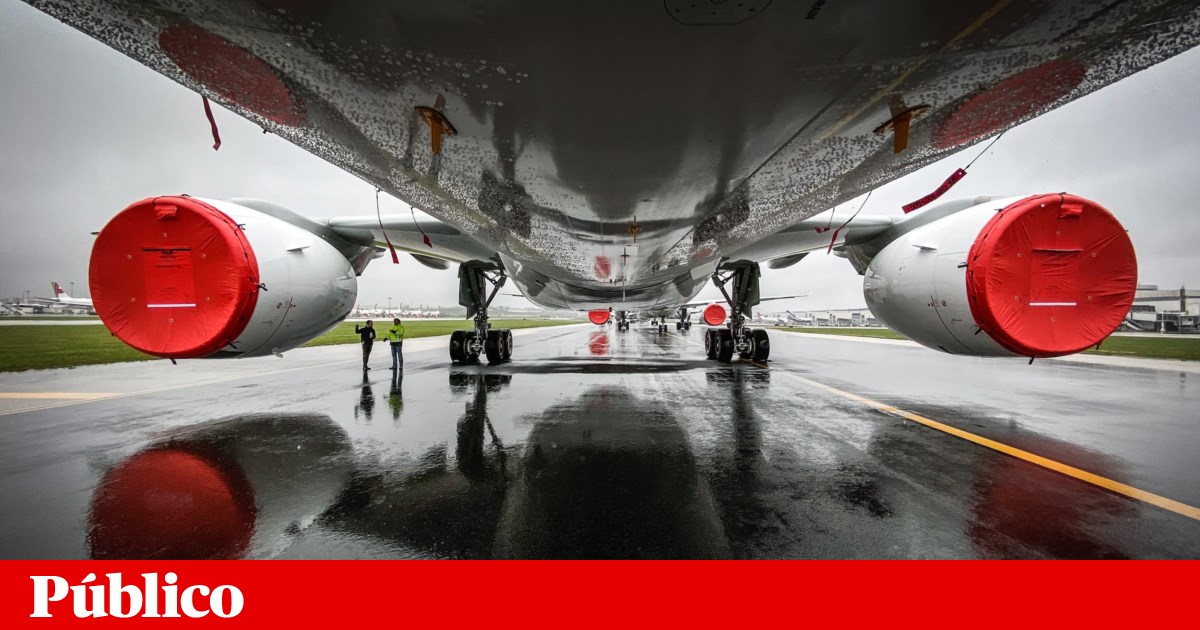 This Wednesday, TAP announced the closure of TAP Maintenance and Engineering Brasil (TAP ME, formerly VEM). In a statement, the group did not specify a date for the closure of the company, citing only the fact that maintenance services for the already concluded aircraft contracts “will be carried out as usual,” and after their completion they will be closed.

Respectively com TAP, this measure “does not interfere with the air transport of passengers” between Portugal and Brazil, a country that is the main source of external income. “Brazil accounts for between 25% and 30% of the company’s revenues, which continues to expand its offerings in this market with a presence in 11 capitals and anticipating an expansion of weekly flights,” TAP said in a statement. The communique says nothing about the impact of the decision on workers. and group accounts.

In an interview with Lusa, TAP executive president Christine Urmier-Wiedener said it was “not an easy decision.” “We try to do everything so that this decision and its implementation are accepted with respect for our employees, their engineering experience and all their loyalty to the company,” said the manager. TAP ME currently employs 500 people, according to Christine Urmier-Wiedener, of which just under 400 are active. This Wednesday, negotiations with trade unions begin.

The decision, according to TAP, is part of a business plan approved by the European Commission, which leads to the sale of assets. “We tried to sell, but the industry is going through a massive crisis,” said executive president Luce, adding that there were some attempts to sell the maintenance business in Brazil in the past year, “but they were unsuccessful.”

In an interview with PUBLIKpublished on December 24, the manager said on the sale of assets (Cateringpor and Groundforce, in addition to TAP ME) that some are “easier to sell than others due to the current situation in the sector.” “THEN timing for some assets this is important, selling during a crisis is also not good and I would like some assets to improve. One of the companies is located in Brazil, and this is a completely different market with different rules. We are not adhering to a specific schedule or how it will be done, ”he said.

Lots of damage and investigation

The business in Brazil is characterized by constant losses, in recent years the company has invested in its restructuring, which led to the layoff of a significant part of the workers – in 2018 alone, 1,000 jobs were cut. In its report and statements, the group has already stated that it is analyzing “options for sale, restructuring or discontinuance.” [fecho]”This subsidiary, which TAP entered in 2005 in partnership with Geocapital, receiving 100% capital in two years.

Purchase of the former VEM became the subject of an investigation… As PÚBLICO reported last November, the formerTAP Executive President Fernando Pinto, saw the case in which it arrived be an admitted defendant, as well as five other managers – Luis Ribeiro Vas, Fernando Alves Sobral, Michael Conolli, Luis da Gama Mor and another manager who later died due to suspicions of mismanagement and the fact that profited from business illegally…

See also  The price of Metaverse cryptocurrencies can be linked to Meta Facebook activities.

The case, initiated on an anonymous complaint at the end of 2010 and investigated by the Central Directorate for Tracing and Criminal Prosecution (VDUR) with the support of the judicial police, concerned the purchase of the former VEM and the process of its restructuring after the acquisition, awarding of prizes for 2007, creation and buyout in early 2008 of the year to Groundforce (after the sale of 50.1% to Globalia).

On the “acquisition, control and maintenance of the work” of the former VEM and “crimes related to harmful administration, trading in influence, money laundering, passive corruption, active corruption and economic participation in business”, a statement justified in accordance with the order, “since the prosecutor’s office it has not been possible to collect sufficient evidence of relevant practice. ” The case fell into the restructuring of the former VEM, “headed / controlled by the defendants” due to “insufficient evidence of the practice of harmful administrative crimes.”

The key point in this process is that, as the MP stressed and the PUBLIC reported, “in this investigation, it was only possible to determine the amount that TAP SGPS spent on VEM, and it was impossible to determine – even by approximation – the economic and financial value that the latter contributed to the first through the aforementioned business expansion to Brazil, whether we are talking about air transport or maintenance. “

This made it difficult “to determine the possible damage that VEM caused TAP SHES, as well as, if there is damage, its size.” Thus, the deputy concluded, it was not possible to collect “sufficient evidence of the presence and extent of (possible) harm caused by the behavior of the defendants.”