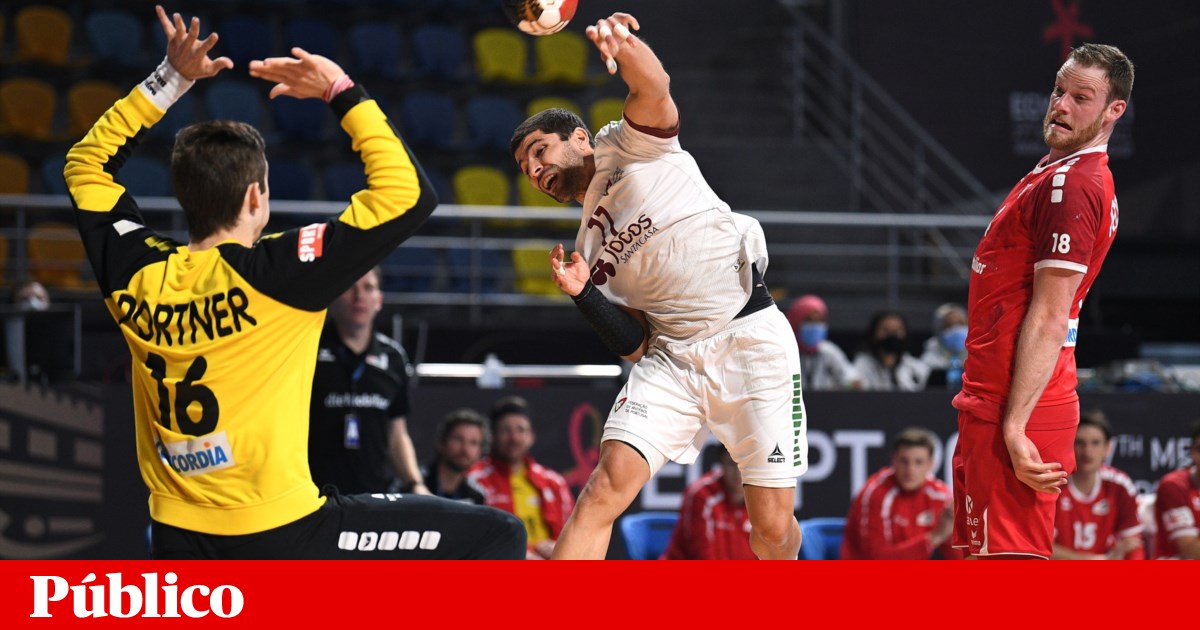 The last three years have been a dazzling renaissance of Portuguese handball. From a long state of lethargy, it has become a tremendous vitality. In 2020, there was talk of Portugal returning to the final stages of major competitions (Euro 2020) after a 14-year absence. In 2022, the barriers that Portuguese handball can overcome again at this Euro organized by Hungary and Slovakia are being discussed. This Thursday, the team led by Paulo Jorge Pereira starts in Budapest against Iceland (19:30, RTP2) in an attempt to equal or improve on the sixth place achieved in 2020.

What has changed for this big leap forward in Portuguese handball? Quality has never been a disadvantage, says former international Ricardo Andorinho PÚBLICO. It was a matter of leadership. “There are two fundamental aspects. With the arrival of Paulo Pereira, there has been a clear change in strategy and leadership. There were some intangible factors with him, such as motivation and commitment, to create a team culture more in line with potential and less with things that had to do with the past,” says one of the most international players ever to compete. , Portuguese.

This return to major competition came in January 2020 at the European Championships, in which Portugal finished sixth, earning a spot in the Olympic qualifiers. But in 2022, the world is different, still fighting the pandemic that drives everything. This greatly conditioned the preparation of the Portuguese for the tournament – participation in the tournament in Switzerland was planned, which was canceled – and a lot of injuries of experienced elements (André Gomes, Luis Frade and Pedro Portela) forced the coach to make some changes to the usual batch. from the chosen ones. .

“[A preparação] it was very difficult, but I also think that we have a certain tendency to survive in chaos. Therefore, we are specialists in this, and I hope that we will again be able to survive the critical situation that we had,” analyzed Paulo Pereira, who called in the selection for this European Championships some young people with a smaller presence, such as athletes Martim Costa and Salvador Salvador, Daniel Vieira (Avanka) or Porto player Miguel Alves. He also forfeited experienced Humberto Gomes for a goal, making the final bet on Gaspard and Capdeville.

The first goal of the Portuguese team in this European Championship is to overcome the preliminary stage, and it cannot be said that this is a fairly accessible group, although it consists of teams that Portugal have already won in the recent past. Iceland is the first opponent, already this Thursday, a team with a world handball training program (Olympic second place in 2008 and European bronze medalist in 2010), but which Portugal has already managed to win in two of the last four clashes.

After the Nordic countries, Portugal will face another difficult team on Sunday, Hungary. Lacking a full curriculum (world runner-up in 1986), she is more than used to finals (this is her tenth European Championship in a row) and plays at home, in addition to having Chema Rodriguez on the bench, an assistant. Hungarians with first-hand knowledge of Portuguese handball for coaching Benfica – the team, however, was defeated by Portugal at Euro 2020. To conclude on Tuesday, Portugal will play the Netherlands, who will be the most accessible opponents of this preliminary round.

“I hope that the selection can overcome all these problems with covid. It wasn’t easy for anyone. I think that all the Portuguese are confident that this team will be able to repeat the good results of the last few years,” says Ricardo Andorinho, who “needs respect for all opponents.” “But we have to trust the work of this team. In recent years, very important work has been done here, which must be appreciated in Portuguese handball, and we all believe that the dream should continue to be realized.”

Joaquim Rodriguez could finish Dakar as the best Portuguese

Racism is back on the agenda in Portuguese football

Within 48 hours, two more incidents of insults were reported on and off the pitch. APCVD filed suit on an episode of Sporting.

Racism has once again tarnished Portuguese football. On Sunday, Cynthia Martins, a 14-year-old Sporting youth team player, was the victim of racist slurs by a supporter of the Salesianos Foundation during a game. The athlete received the nickname “monkey” and responded to insults, which brought her expulsion. “In this fight, you will never be alone,” Sporting supported. Coach Paulo Conceição says he felt “powerless”. From the Salesianos Foundation, JN tried to get a response, but received no response.

Leishoyes of Ligue 2 also revealed on Tuesday that one of the players was the victim of abuse. After the 1-1 game against Desportivo de Chaves, several fans outside the Mar stadium asked for satisfaction, and Adewale Sapara, Matosinhos’ goal scorer, went to talk to the fans. Offended and spat. In a statement, Leixões assured that he was already working with the authorities to identify the perpetrators. “We will never allow such an attitude to be repeated. Therefore, we will establish the author (authors) of this unfortunate incident, ”the message says.

See also  Judo. Portuguese Jorge Fonseca is number one in the world ranking up to 100 kg.
Continue Reading

Glovo puts Spanish at the head of the Portuguese market

Joaquín Vazquez has so far been the CEO of the company in central and southern Spain. In his new position, a manager with a degree in sales and marketing management will lead Glovo’s next phase of growth in Portugal.

The company intends to hire more people, reach 75% of the Portuguese population and ship products outside of 90 national cities.

“Glovo is entering its fifth year of operations in Portugal and continues to grow year on year in the country – 2021 recorded growth of over 100% across all categories. We want to further diversify the products available in the app, think outside the box. and thus realize our vision: to give everyone and everyone access to everything in their cities,” says the new official, quoted in a press release.

Since 2021, technology has begun to rely on three delivery verticals: within 15 minutes (ultra-fast food and grocery delivery), within 30 minutes (food delivery), or within hours (planned purchases). Portuguese Mercadan and Spanish market Lola).

So far, the Glovo operation in Portugal has been led by Ricardo Baptista. In position since December 2019, the Portuguese manager has been appointed CEO of Lola Market based in Madrid.

The change in Glovo’s management became known a few weeks after the news broke in its shareholder structure. German platform Delivery Hero, which was already one of the largest investors in the technology and owned about 44% of the share capital, announced its intention to strengthen its position to 83.4%.

To gain control of Glovo, Delivery Hero needs to wait for the approval of the authorities in several markets, such as Portuguese. If this happens, the transaction will be completed in the second quarter of 2022. Glovo will remain an independent company anyway.