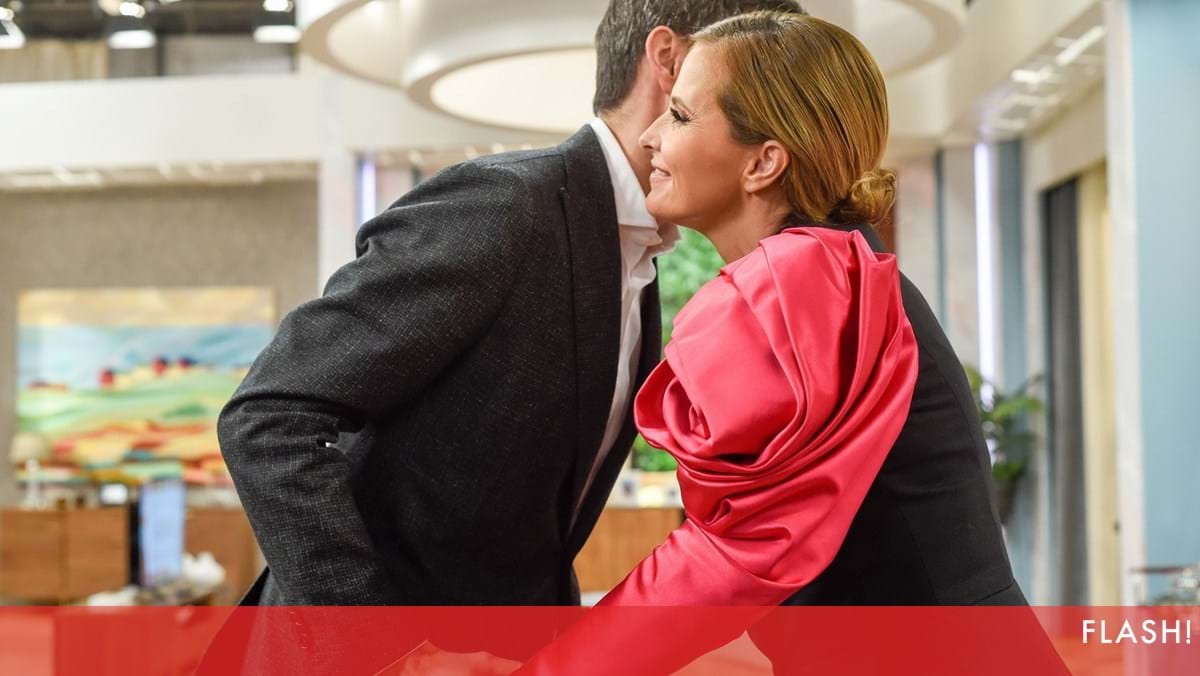 Daniel Oliveira has been suffering from insomnia since Sunday.
In the end, the debut of “Big Brother Famosos” constantly brought TVI closer to SIC. On Sunday, at the premiere, there was a “technical spat” (19.4%), although the reality show also touched upon the premiere of the new issue of “Hell’s Kitchen” of Christina Ferreira’s main rival, Lubomir Stanisic (we’ll talk about these two later). On Monday, SIC won with a share of 18.2%, while TVI won 18.1%. On Tuesday, the difference was still one-tenth: 17.4% for SIC, 17.3% for TVI. On Wednesday – the last day we have access, at the time of writing this news for the audited Marktest audience – the gap between competing stations has widened, but not significantly: 17.8% for SIC, 16.7% for TVI.

At first glance, Daniel Oliveira is doing well as he continues to win – and most importantly – the final results of each day. But it’s not that simple to the SIC Program Director. Because despite Christina Ferreira’s many setbacks since she switched to TVI just over a year ago, the real truth is that the distance separating the two stations in terms of ratings is shrinking, hitting a low this week.

What is going on? What is Oliveira’s puzzle to solve? And what does Christina have to ensure that the result completely changes, what has she been waiting for for so many months?

If Big Brother’s debut became the topic of the day due to controversial competitors that spark curiosity – Bruno de Carvalho is the best example – reality show success goes beyond Sunday galasThis, yes, led by Christina Ferreira. The daily “specials” of the program have produced excellent results. “Extra” at the end of the evening has no competition for a long time, being the most watched program at that time – of course. As for “Extra” at the end of the day – prime time access – it nearly doubled the results of its predecessor, “Cristina ComVida”, which ended this week and was the biggest disappointment of any program planned. and presenter Christina Ferreira.

The daily “Extra” can only come close to the numbers obtained by “Preço Certo” Fernando Mendes, who almost every day manages to position himself among the most watched programs of the day with a larger audience than most primetime shows. And what happens to SIC in those moments when a knockout is required? Daniel Oliveira’s new version of Stress 2022 has a title: Brazilian soap operas. These are those who do not succeed during the day (as opposed to what happened in the summer against “Cristina ComVida”) and even more so at the end of the night.

And if at night this is of paramount importance, then it becomes dangerous to be a third party when accessing the Jornal da Noit. Also because at the moment the results of the news, which are led by Rodrigo Gedes de Carvalho or Clara de Sousa, are an achievement. SIC starts to lose, wins with the newspaper, and then falls again. In other words, the audience “switches channel” to watch this space, but then leaves … which is troubling.

The opposite occurs in TVI. It is only after Pedro Mourinho’s Jornal das Oito that the audience returns to see another popular phenomenon: the soap opera Festa é Festa. In fact, its premiere was Cristina Ferreira’s first major victory – at the time already supported by Gabriela Sobral, who was in charge of the radio’s fiction, although Cristina was entirely responsible for the tone of the production.

Take a look at the mistakes that happened behind the scenes of the TVI soap opera.

“Party is Party” surpassed “Amor Amor”, getting better almost every day. Now it has a new ally: “Quero é Viver”, a new TVI feature film that has already become the most watched program of the day this week, although it airs after 22:00.

Where are we going then? For TV, do I take over? Finally changing the results? Will SIC’s defense strategy play with safe and familiar programs without “waves” or “inventions” to ensure its leadership? Is there enough information to address programming weaknesses? Or Daniel will continue to select new “packaged” programs that have already been broadcast – the most prominent example is Terra Nostra, I don’t know how much it is “worth watching again” over the same re-broadcast episodes. – editions of them.

For Christina Ferreira, this will also be an all-or-nothing year. If, on the one hand, TVI’s entertainment director “bites his own heels” in front of SIC, she will face trial with her former bosses later this year. SIC demands 20.3 million from Christina Ferreira for breach of contract with the station on June 17, 2020. The presenter, of course, argues and claims that she was deceived. SIC is trying to prove how much he lost in commercial contracts with the departure of the most prominent figures.

Lubomyr is relentless and will run against Christina

But this year, the courts still have to settle scores. Lubomir Stanisic, the star chef who canceled his contract with TVI on August 14, 2021 – just days after Christina Ferreira was officially introduced there as the entertainment director (i.e. the hierarchical boss of Lubomir) – will also have to answer in court on this matter. year about his attitude. TVI is asking the Yugoslav boss for a much more modest amount than SIC is asking for Christina Ferreira, but just as impressive: 1.2 million.

In the meantime, this week, in a direct dispute with Christina on Sunday evening, Lubomyr was clearly defeated. His Hell’s Kitchen was far from Big Brother Famosos. But more than a problem for Lubomyr, it is a problem for Daniel Oliveira, who made a big bet on this “knight”, this time without the expected result. The truth is that the Big Brother format is much stronger than the rookie and enjoyable All Together Now, also featured by Christina, whom Hell’s Kitchen competed with in Season 1. Now the artillery is heavier. And it’s good that Oliveira begins to think about attacking weapons, clinging to something that has already brought too much, but surpassed it due to lack of courage, on pain of “death”.

Marta Cardoso surprised her boyfriend live: “You are a great companion”

“No one goes there to get rich…”

Pedro Mourinho was one of the people present at the TVI celebration in São João do Porto. During the party, the journalist made several statements to journalists and eventually remembered the days when he covered the war in Ukraine.

In statements to TV magazine 7 days, Pedro Mourinho recalled the difficult moments he endured while covering the war in Ukraine: “Every night we heard bomb explosions. It was very intense. Nuno and I had to go through situations that we did not talk about, but which remain in our memory. There will be time to talk about it. But our lives are in danger.” disclosed.

In continuation of this issue, the journalist spoke about the fake news that has arisen around the value that a military journalist can earn: “There have been rumors on social media that journalists are making a fuss. This is completely false. And this is not a criticism, not a complaint. This is what pays. We have a sense of mission and that is why we go there, but in Ukraine we get as much as in Badajoz.” explained.

Ultimately, the TVI pivot disclosed the exact amount they received while in Ukraine: “Daily allowance – 89 euros, and overnight – 30. This will be the case for RTP, SIC and TVI. No one goes there to get rich, but to tell what they are watching, to do the best job possible, with a very strong missionary spirit for their channel, for their profession, and nothing else.”fired.

At the end of the conversation, Pedro Mourinho announced that he intended to return to Ukraine at the end of this year: “It’s not tomorrow, but I feel like I’m still going back to Ukraine this year. I am absolutely sure. Not now, because the war is in a difficult phase, in a stalemate, it is not the time to go back, but it is important to keep the coverage of the war alive so that it does not sink into oblivion.“.

See also  "You filled my house and my soul"

See also  “It is a fundamental mistake” to think that the exam algorithm is “acceptable”, - Chairman of Ofqual told MPs | Politics news