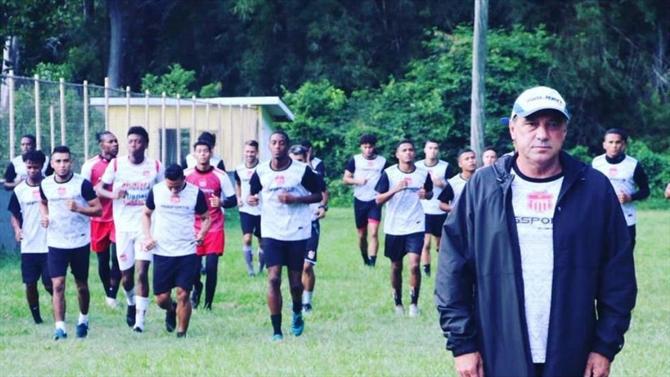 Fernando Mira, a technician with a long history in Naval, ventured abroad for the first time from 1993 to 2016, accepting an invitation from the Portuguese Jose Almeida, who was in charge of directorships at CD Vida das Honduras. In a few months, he managed to get La Ceiba to discuss the title, which they hadn’t done for a very long time. Despite leading the regular phase, he eventually made it to the semifinals with Olimpia, who were to be the team’s worker, again under the command of Argentinean Pedro Troglio, now signed by San Lorenzo.

Mira, 59, returned to Portugal to enjoy the Christmas holidays, but with the confidence that she will return to Honduras, despite the fact that she was deprived of the luxury and the greatest treasure called family. Even after Jose Almeida left for Emelec, Ecuador.

“I will stay in the club at the discretion of the president and the entire management structure, including depending on the work done. The president has a dream and I want to be a part of it. He goes through the championship and through football sees happiness in the city, because, besides, there is a lot of suffering. These are people marked by a hard life, ”he praises, describing his work.

“These were difficult months of adaptation, understanding the country, its culture, perception of experience and customs. Everything is very different from Portugal. I gradually adapted socially, observed and communicated, seeing these difficulties in the people around me. Social and economic problems, but also a lot of strength and spirit of survival. And above all, a great love for a club that is above all else, ”he admits, sharing his satisfaction with the contours of the mission he has embraced.

“It helped me become as professional as possible and devote myself as much as possible to my day-to-day work at the club in order to achieve success and delight the fans and people in love with the club that was sleeping. It was fantastic to see happiness on their faces, ”he recalls, although he was touched by nostalgia.

“It will continue to be a very difficult experience for me. My days are sad because of the absence of children and the absence of a partner every day, ”he explains.

The name that ran away …

Fernando Mira lived with the illusion of a title that would be something extraordinary for the club and the city and would have a huge impact on Honduras as CD Vida is more of a formative and social club than a winning or highly awarded emblem. He was only champion in 81/82 and 83/84 … It was already close … but other forces rose.

“It is true that we seriously thought about the title, but football is constantly changing our plans. Supporters and leaders were happy and understood the reasons why they did not get there. Thanks to the dedication of the players, the second lap was fantastic, almost perfect, and we were the leaders until the last lap. No matter how much we played and fought, we could no longer do this, but we reached the semifinals of the Championship and lost only to Olimpia, which became the champions. We failed for one goal! ”- laments Mira, analyzing the importance of this stage in her career. 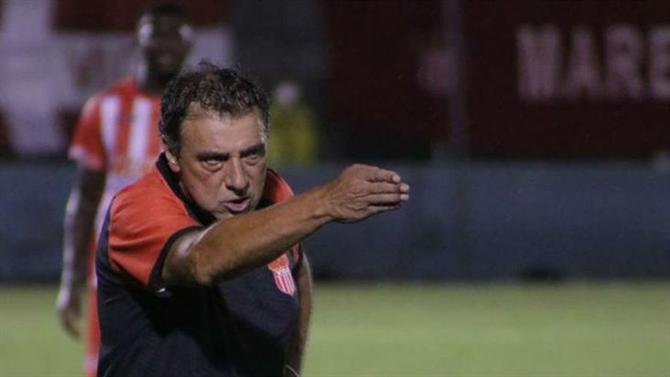 “It was all very enriching, because I arrived completely unaware of the reality of the country and football, but soon I became convinced of the quality and potential of a Honduran player who is very strong physically and possesses technique. I could recommend a few, both from my team and others. If there was a better basic job, many would have reached the biggest clubs in the world, ”he says, with no prospect of training in Portugal in satisfactory conditions.

“Training in Portugal is difficult due to many factors. Not enough recognition because there is no opportunity. Clubs live in difficulties, and help comes in exchange for something. So things happen regardless of the value of one or the other. I see great coaches who have proven themselves and remain unemployed. And they have to travel thousands of kilometers to demonstrate their worth. There is no shortage of examples of great works. It is difficult, but it drives our spirit of perseverance, ”he shoots, already realizing the fate of the Portuguese coach: to win away from home.