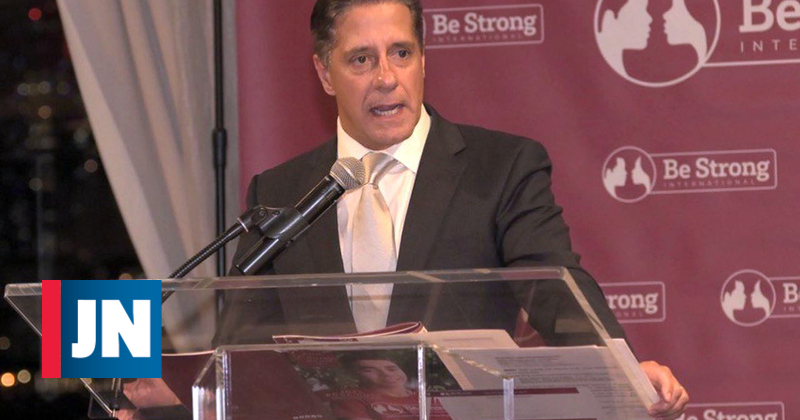 Portuguese émigré Alberto Carvalho has been selected as the new superintendent of the Los Angeles Unified School District, the second largest in the United States, with over 660,000 students.

Thus, Alberto Carvalho is leaving the position of Superintendent of the Miami-Dade School District, Florida, where he has spent the last 14 years.

“Being the Superintendent of Miami-Dade Public Schools has been a lifelong privilege,” Carvalho said in a statement issued by the Los Angeles Unified School District (LAUSD) council.

“Over the past three decades, I have dedicated my professional career with dedication to the children of Miami’s diverse community, and I look forward to bringing the same passion, compassion and commitment to LA Unified students and families,” he said.

Alberto Carvalho, 57, who emigrated to the United States at the age of 17, also spoke to reporters in Miami at a press conference at iPrep Academy, where he is dean, about his journey as an emigrant, his decision and next steps. …

“I am a poor child from Portugal whose first job in this country is to wash dishes,” he said. “My world changed when I became a teacher,” he continued.

“After 14 years of impeccable work with educators and community supporters who have won my heart, I am delighted to announce that LAUSD has offered me the position of Superintendent,” he said. “They made this decision unanimously,” he stressed, adding that now the process will move to the stage of contract negotiations.

The Los Angeles Times described Alberto Carvalho as “one of the most respected and most experienced school district leaders in the country,” noting that he was invited to take over the leadership of schools in New York – the largest school district in the country – but turned down the offer in 2018 …

Los Angeles’ predecessor Austin Beitner stepped down in June after a three-year contract, citing post-pandemic exhaustion. The Portuguese will now find an area where many students are grappling with the serious fallout from the COVID-19 pandemic, as the area has been hit hardest by the disease in the entire country.

His experience and the fact that he has won numerous Miami-Dade work awards, including Local and National Superintendent of the Year, have been instrumental in the choices made by the LA Unified board over the past few weeks.

“Alberto Carvalho has the in-depth experience we need as an educator and leader of a large urban district to manage the ongoing response and recovery of the COVID-19 pandemic in Los Angeles,” the chairman of LA Unified said in a statement.

“As a longtime Superintendent of Miami-Dade, he has established a clear track record of positive outcomes for students and has worked tirelessly to bring greater equity to historically underserved communities.”

After attending Broward Community College, Carvalho, who only learned to speak English as a young man, received a scholarship from Barry University. According to a profile in the Tampa Bay Times, he became a high school teacher in Miami, and four years later became deputy dean. His career as an educator never stopped, despite some controversy.

“If I did it, any child in our country could do it and make their dream come true,” Carvalho said. “This is what I want to do in the Los Angeles community.”