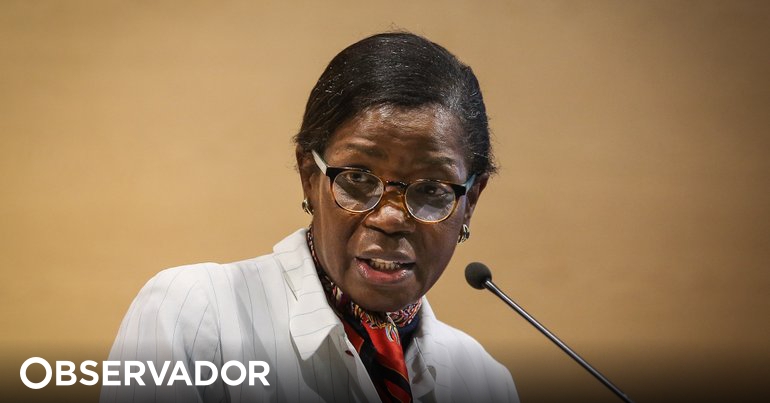 The justice minister said Friday that the lack of autonomy of the government ministry vis-à-vis the executive is “a problem that Portugal does not have,” and that the pandemic has proven the importance of the rule of law to guarantee rights.

At the closing of the conference “Rule of Law in Europe” organized by MEDEL – European Magistrates for Democracy and Freedom, which took place on Thursday and this Friday at the Catholic University of Portugal in Lisbon, during which much authorities in states such as Poland and Hungary, Minister Francisca van Doonem said the lack of autonomy “is a problem that Portugal does not have.”

Franziska Van Dunem linked the rule of law with the protection of fundamental rights, recalled that in the Treaty on the European Union, the rule of law is enshrined as a “fundamental value” of the Union, inseparable from democracy and fundamental rights, which “can be guaranteed only if they are effective judicial protection, if the principle of equality is observed, if there is freedom of expression and informed discussion, with independent and responsible media and an active civil society ”.

“The times we live in make us reaffirm the importance of the rule of law,” the minister said, highlighting the impact of the Covid-19 pandemic on “exacerbating inequality” or increasing incitement to hatred, xenophobia and discrimination ”related to migration, minority, security and crime “.

Van Dunem said that in the case of Portugal, for the first time for democracy it was necessary to introduce an emergency for an “unfortunately very long” period, during which “very difficult decisions” were made to restrict rights, freedoms and guarantees, giving the courts “an important role as guarantors of the Constitution and fundamental rights” at that time.

We all must defend the rule of law and the separation of powers, and promote a democratic culture and a humanistic culture. Protecting, promoting and strengthening the rule of law is not only the responsibility of state institutions, but also the imperative of citizenship, ”the minister said.

Manuel Soares, President of the Association of Portuguese Judges (ASJP), in turn, stressed that the values ​​of the rule of law are “neither agreed nor irreversible” in Europe, noting that the cases of Poland and Hungary demonstrate how “democracy contains destructive vices that can eat away at it from the inside. “

See also  Wearing a face mask to stop the spread of the corona virus shouldn't be a political problem, Fauci said

“There are ambitious dictators everywhere disguised as Democrats waiting for a suitable opportunity to seize power,” said Manuel Soares, stressing the importance of trade unions and judicial associations in defending the independence of the judiciary, including on the front line. condemnation and call to action against encroachments on this independence in Poland and Hungary.

Therefore, Manuel Soares criticized the fact that in Portugal it is associativism is not seen as something “virtuous”, but rather “vicious”.

“There are many people in Portugal who demonize judges’ associations as if they were an illegal outgrowth, alien to sovereignty and democratic life, as if they were a subversive instrument of the judiciary to storm political power,” he said.

“Good news for the viability of the European project and bad news for the impulses of populism, which in some countries are planning to undermine the guarantees of the rule of law and judicial independence,” he defended.

See also  NASA, SpaceX launches astronauts from the US for the first time in a decade