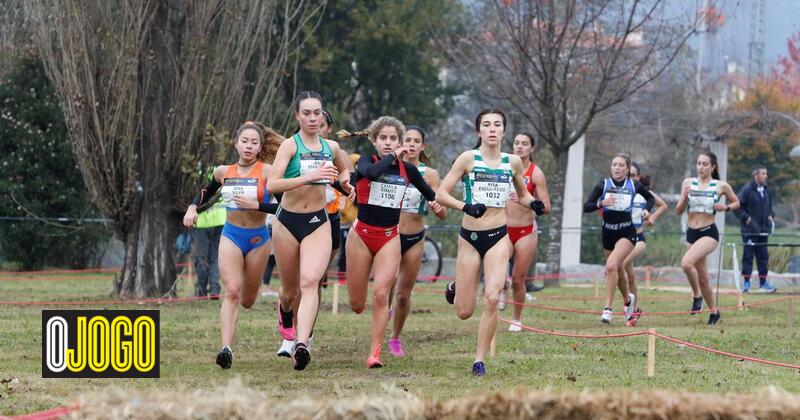 Ana Mariño’s absence from the European ski competition revealed “insensitivity and indifference,” Minho accuses, recalling that there was a vacancy for the young woman.

In a statement signed by its president, Manuel Pacheco, the Braga Light Association was now supposed to demonstrate against the Portuguese Athletics Federation, and not because of mistakes made in the national cross-country skiing team, which caused a public outcry from dozens of international athletes, and for shortcomings of the call to the European cross.

It is about the absence of Ana Mariño, athlete from the Rosa Oliveira track and field school, who missed the U-20 podium by only one second from Ana Silva (Maya AC) and three seconds from Camila Gomes (Benfica) in a race won by Rita Figueiredo (Sporting) … All three were called, plus Beatrice Fernandez, the U18 winner, and Ana Mariño, who had performed well in more competitions, were eliminated.

Teams for the European Championship to be held in Dublin may have six elements, but the national team will fill all vacancies only for men under 23, even refraining from representing female athletes among adults.

“The Braga Athletics Association publicly expresses its deep displeasure at the fact that our athlete Ana Mariño, associated with the Athletic School of Rosa Oliveira (EARO), was not invited to join the Portuguese U-20 team that will compete in the Corta Mato European Championship.

According to certain criteria, during the observation period, the athlete participated in several cross-country, always receiving outstanding classifications, revealing consistency, maturity and excellent moment of form.

The EARO athlete took 4th place in the national cross-country skiing championship, losing only one second to the third and two to the second, which indicates a very similar level of competition among the athletes.

In the selection, in which up to 6 athletes could (should) be selected, it was decided to select the first three and the first youth athlete to complete the selection, while our athlete was excluded from this competition. It harms the athlete, the club, the Braga Athletics Association and the national team itself.

We tried to draw the attention of FPA specialists to this situation, but, unfortunately, we were unable to correct this injustice. They preferred to justify their option in every possible way than to make a mistake and correct the situation. There is room for two more athletes in this selection. The athlete has qualities, and he will be called quite rightly.

Athletics needs more and deserves better. All athletes of greater importance at the youth level need to be cherished, appreciated and rewarded when they work hard and work hard, as is the case with Ana Mariño and many others across the country.

The insensitivity and indifference that the FPA technical group has towards these issues shows that the elements that make up this working group lack the necessary requirements given the sensitivity and specificity that this position requires.

In light of all this, the Braga Athletics Association could not help but express its deep displeasure and dissatisfaction with this call, which undoubtedly harms our best athletes and Portuguese athletics in general. “