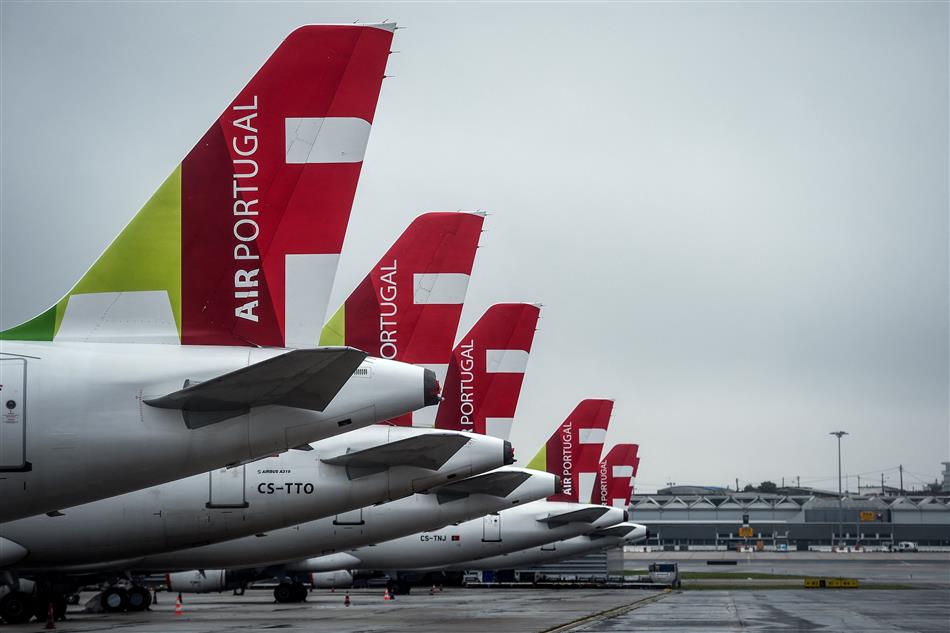 Although the Commission has given TAP the green light for the restructuring program, the carrier’s future is not guaranteed. “State aid approved by the Commission guarantees the airline a path to long-term viability. This viability is ensured by a TCH with a qualified state shareholder, independent and responsible management and motivated workers. None of these requirements are duly guaranteed. ”- guarantee provided by Nascer do SOL Sergio Palma Brito, author of the book TAP que futuro? How did we get here?

However, the airline will have to allocate 18 slots at Lisbon airport. A claim from low-cost airlines such as Ryanair and easyJet. However, he is exempted from further layoffs, lower wages, or return of aircraft.

The Irish airline has already asked the European Commission to vacate about 5% of the TAP slots at Lisbon airport by next summer, instead of postponing it until November. “The Commissioner’s decision to postpone this 5% minimum supply, equivalent to 18 day time slots, from summer to winter 2022 will further undermine competition and consumer choice in Lisbon and delay the recovery of Portela airport during the pandemic,” said Ryanair Group CEO Michael O’Leary.

TAP’s minority stake in Groundforce (49.9%) will only be sold if the conditions for TAP are “satisfactory,” the Infrastructure Minister said. “That’s why we say we’re not going to fast a little,” he said.

Once this impasse is overcome, a business strategy must emerge that catalyzes the joint efforts of shareholders, managers and workers, according to Sergio Palma Brito. “Priority to the Lisbon hub seems to be guaranteed as the ‘territorial cohesion’ routes from Porto and Faro have been abandoned, adding that“ several intercontinental flights from Porto exist to the extent that demand is not cannibalized. what are the hub flights. “

The aviation specialist recalls that the 1994 decision of the European Commission was based on the government’s commitment to privatize TAP from 1997. In 2019, the restructuring plan is based on a state-owned company. “There is a tactical reference to privatization where the minister says that“ the airline cannot survive in isolation ”in the current situation and that the strategy was to work so that the company remains“ in a solid aviation group, ”pointing to the Lufthansa Group.

“Is the company in this group state-owned or privatized? The viability of TAP assumes a privatization of at least 80%. TAP’s focus on aviation seems to imply that TAP should leave Maintenance Brazil, Groundforce and Cateringpor welcome, ”he says.

Regarding the loss of slots, the person in charge believes that it does not seem significant, and the size of the TAP, measured in terms of passengers per kilometer and occupancy, is ultimately a result of the market. “Last but not least, TAP will not be able to receive new state aid for ten years. Anyone who survives will see it, and Commissioner Vestager will say that she only made travel possible, not the feasibility of TAP, ”he told Nasser do Sol.

Also this Friday, the finance minister guaranteed that TAP will receive new cash injections from the state by the end of the year. “After the European Commission approves the restructuring, we will invest another 530 million over the next week,” said João Leau.

And he gave the numbers: a company that exports 3 billion euros, which buys 1.3 million euros a year from various national companies. “It has a huge impact on the national economy.” An argument that is in line with the European Commission’s claims that TAP “plays a fundamental role in the growth of tourism and the Portuguese economy in general and is an important employer in Portugal” as it has over 50 employees in 2019. % of arrivals and departures at Lisbon airport, hence the approval of the new Portuguese regime.

The minister acknowledged that six people are interested in the national airline. “We believe that TAP should be part of the group. There are several interested in TAP. There are six, three funds and three aviation groups. ” Pedro Nuno Santos says that “to run a business, you need to partner with an aviation group that understands the sector.”

It should be remembered that the amount approved by the European Commission is divided between 2.55 billion for restructuring and returning the company to viability, and 107.1 million for compensating the company for damages caused by the pandemic in the period from the beginning of July to the end of December 2000. “Today is a very important day for TAP, the country and the Portuguese government,” said the Minister of Infrastructure, adding that the arguments were well received and the results are good. “The Portuguese government’s job is done.”

At the end of last week, Antonio Costa guaranteed that he would refuse to fall into alarmism and “serenely” awaits the decision of Brussels. “I know we have a reliable business. We know that the dialogue with the European Commission was quite intensive, ”he only said.

The prime minister’s reaction came after the Minister of Infrastructure and Housing announced that the airline would be closed if the plan was not approved. “We are talking about the only airline operating in Portugal that has a hub that operates intercontinental flights between Brazil, the United States, Africa and Portugal and delivers to the rest of Europe,” the official said.

The government submitted the TAP restructuring plan to the European Commission a year ago, while at the same time taking measures such as layoffs of workers. After the European Commission approved government support for TAP of up to € 1,200 million on June 10, 2020, the company had six months to submit a restructuring plan that would convince Brussels that the company would have future viability.

Back in August, the European Commission acknowledged that it feared TAP’s $ 3,200 million in restructuring assistance would be a breach of competition rules, a complaint that has been repeated by other airlines such as Ryanair.

Brussels also said it doubts the 3.2 million-strong support will guarantee the company’s viability once and for all, despite the recognition of the importance of the Portuguese government bailing out the airline. The government has a different understanding, which states that “in this way TAP will be properly capitalized to be able to continue its activities, making a significant contribution to the Portuguese economy.”