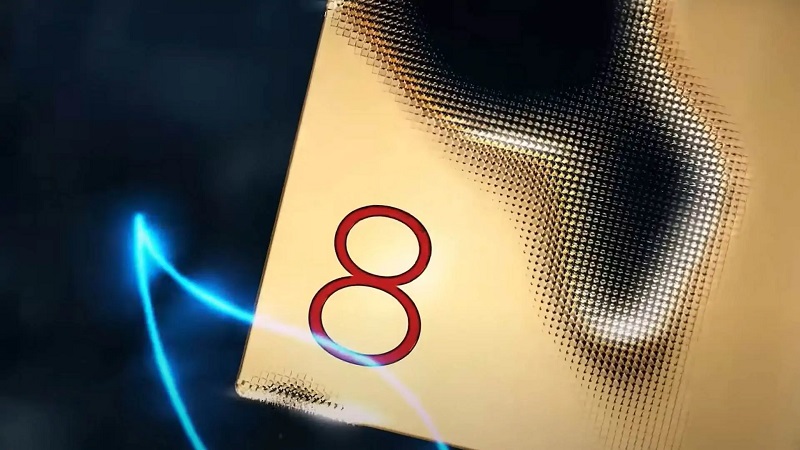 Qualcomm recently released its new high-performance mobile processor, Snapdragon 8 Gen1… And although this is a powerful chip, the American company does not want to be satisfied with what has already been achieved and, it seems, is already thinking about the next step to increase its competitive power in this segment.

According to the latest information, the company will already be working on the next high-performance SoC, which could be called Snapdragon 8 Gen2.

According to the latest industry rumors, Qualcomm will already be working on its next high-performance mobile processor. In that sense, the manufacturer's new SoC could be the Snapdragon 8 Gen2, and development may already be in progress. The information came from a leader on the Chinese social network Weibo called Mobile Chip Masters.

According to the details revealed, the likely release date for this eventual chip will be in the middle of the second quarter of 2022. In particular, the source of information mentioned May 2022, when phones with Qualcomm Snapdragon 8 Gen2 will appear on the platform. market. 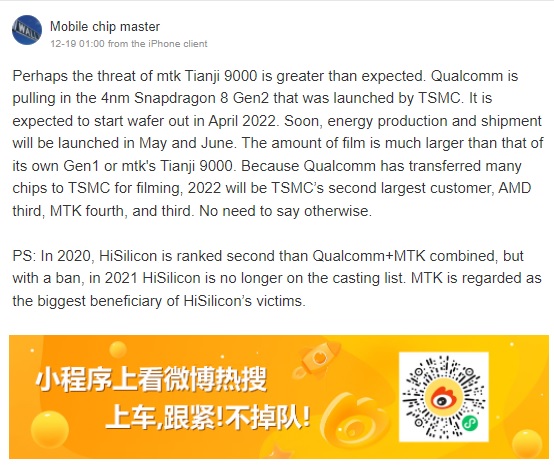 It makes sense that the new SoC should surpass the current top of the range. Snapdragon 8 Gen1as well as Dimensity 9000 from MediaTek, which may arrive in February 2022. The source still gives some hints to indicate that perhaps Qualcomm will be preparing this new SoC in response to MediaTek's Dimensity 9000, which appears to be faster and more efficient than the Snapdragon 8 Gen1.

The publication further intensifies the fierce competition and competition that currently exists between the various chip manufacturers. And they each seem to be very committed to offering consumers the best, most reliable, efficient and innovative products.

New browser coming soon! This is from DuckDuckGo and wants to improve privacy

See also  The end of the mystery! Explanation of the change in brightness of the star Betelgeuse