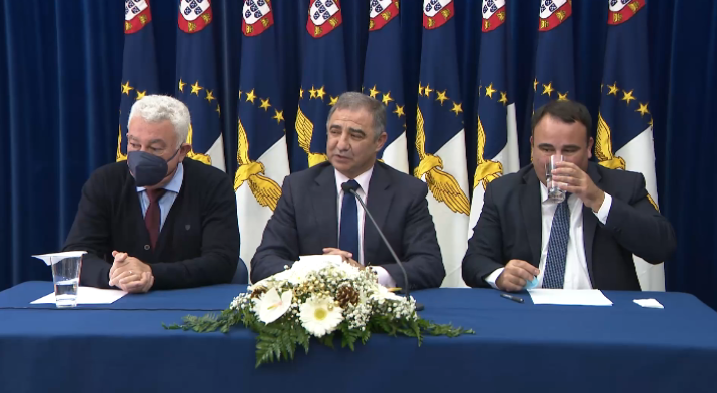 The announcement was made at PSD / Azores headquarters in Ponta Delgada by regional leaders PSD, CDS-PP and PPM.

“It is our understanding that the political cohesion of the Azores government project, which is aimed at the future and development of the Azores, provides cohesion and political approval, also assuming, this time, in the form of an election coalition for the PSD / CDS-PP / PPM part, this candidacy for national legislation, “said José Manuel Boleiro, PSD / Azores leader and regional government president.

The Social Democrat said the coalition would be called “AD – Aliança Democrática,” “the historically successful salvation of Portuguese democracy,” recalling the coalition led by Sa Carneiro, which joined the same parties in 1979.

“Thus, this will be a political project, which was announced today and which within our parties will be submitted to the relevant authorities for the adoption of appropriate approvals and ratifications and, in the subsequent sense, registration, registration of this coalition in the Constitutional Court,” he added.

When asked about the preparation of the list, Boleiro said the three parties would take into account the “proportional consideration” of each party force.

“We’re not about places. We are not about mathematics. We are talking about an ideal and a political project, and this is what drives us, ”Boleiro said.

The Social Democrat stressed that the goal of the Democratic Alliance is to strengthen the “political project” that governs the Azores.

Bolieiro stressed that the coalition was created with “full autonomy” and “absolute independence” of the regional bodies of the bodies in relation to the national structures of the three parties.

Centrist Arthur Lima stressed that “neither CDS nor PPM claimed any place” on the lists of the “PSD, Majority Party” of the coalition.

“What, in my opinion, distinguishes us from politics is that we are not here for a place. We are working on projects. And this project should be a winning project that will elevate the Azores Autonomous Region in the Assembly of the Republic. “This is what interests us,” said the vice president of the Azores executive branch.

The leader of the PNM / Azores Paulo Estevan believes that the goal of the coalition is to elect three deputies to the Assembly of the republic.

“We have no requirements for places. We have the size that we have, “said Estevan, who said the” positioning of the party “is to” help with this common project. “

The Azores elects five deputies to the Assembly of the Republic, of whom three were elected by the PS in the last legislative period and two by the SDP.

See also  Okon admits F1 'politics' annoys him: 'That's what I hate the most' - Formula 1 News