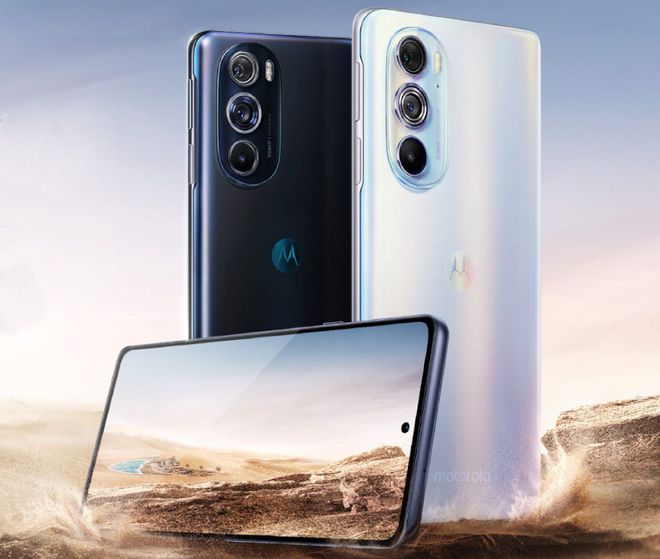 While the new device was one of the company’s worst secrets, the new Moto Edge X30 smartphone only went official this week thanks to Motorola’s announcement.

The announcement came a few months after several leaks about the cell surfaced on the internet, indicating that it will be the world’s first smartphone with the Sanpdragon 8 Gen 1 processor, the most powerful processor ever produced to date.

Despite the new official announcement, Lenovo, which controls Motorola, has yet to disclose any availability or pricing for this smartphone in countries other than China, but that doesn’t necessarily mean the Moto Edge X30 will be exclusive to the Chinese market. In addition, according to various rumors that have surfaced on the Internet, the official announcement of the device’s launch to the US market is expected in January 2022.

The Moto Edge X30 will run the Android operating system and will offer users one of the best designs Motorola has ever created, combined with a performance that promises to be one of the fastest smartphones in the world thanks to the new Snapdragon 8 Gen 1 processor. the processor will make the mobile phone 35% faster and 25% more efficient in terms of battery consumption than the model previously released for this line of devices.

Apart from being the first smartphone in the world to have a Snapdragon 8 Gen 1 processor in its structure, it will also be available in two different versions depending on the storage capacity. According to Motorola, the device will be available in a 128GB version as well as an extended version that will offer a total of 256GB of storage.

As for the RAM of the smartphone, it will have two options, and consumers can buy the most basic version, 8 GB, or the more powerful version, which will have 12 GB of RAM.

Finally, Motorola also announced that there will be three cameras on the back of the device, which will differentiate it from other cell phone models produced by Motorola, and its main camera will be in 50MP quality.

Breaking the security of log4j and thousands of internet services