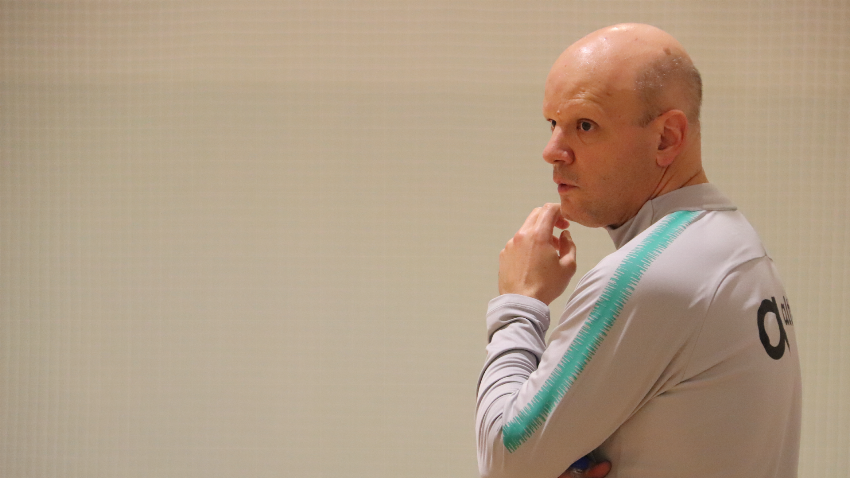 National Futsal Selector Jorge Braz is based in Proenza a Nova to oversee the U21 / Universities men’s and women’s futsal stages. The training sessions for the men’s team were led by Jorge Braz, along with Emidio Rodriguez, a qualifier for this level.

Jorge Braz, technical coordinator of all teams, says this position means that he has to “constantly be on these teams, and this articulation and this horizontal connection between the entire national technical team, both men and women, is essential for there. there should be a vertical movement from men under 15 and women under 17 to the main teams. ” The selector highlighted the value of events such as the “Tournament between associations, which is also taking place here, and the stage in which these varsity teams compete. From there, it is much easier to see the evolution of the players until they “rise up” and accurately identify the difficulties and disadvantages of this level, and that’s how we worked. ”

When asked what these players might lack, the coach points to the factor of experience or lack of it. “In fact, they lack experience and opportunities, because there is quality, and they come more and more prepared for the final stage. By the age of 21 they are already adults, most of these players are already playing Liga Placard, they just need more options. Now, if they reach this level of demand and intensity, it already depends on their work and dedication, but what we are trying to do is provide opportunities, ”he stressed. The chief selector urged the Liga Placard (First League of Futsal) clubs to bet more on these young people: “There will be mistakes, which does not negate the fact that there is no quality, because there is a lot of things in the Portuguese player. We need to understand the mistakes they make and give them the opportunity to gain the experiences that we say they lack, but that are ultimately only gained if we give them to them, this is fundamental. ”

The coach of the European and world champions Portugal also reminds that players need to understand what they need to do in terms of their growth process. It is very important for us to know what worries them, their academic and personal side, how they prepare for their future and this “double” career. There are great examples here because all of them, both men and women, go to university, and we help in this, always keeping futsal as something very important in their lives. The combination of these two aspects is the best way to prepare for the future and manage expectations, ”he recalled.

As the European Championship is being contested in January, in which Jorge Braz will try to defend the title won by the Portuguese team last season, he does not hide the possibility of young people joining his team: “It has always been like this. This is a normal process, if we work and provide these opportunities, then we must be aware of the possibility of joining team A, whether it be men or women, for this these moments are needed. In terms of competition, the selector hopes that Portugal “makes it to the final, this is our title and we really wanted him to continue ours, step by step, we really would like to have that opportunity. It will be very difficult, but we love difficult things and will try to bring the cup home. Portugal will continue to make decisions and is in the final stages with legitimate aspirations because there are many high-level young people, ”he concluded.

In Vice in Flamengo, Braz says why he didn’t wait for Jorge Jesus: “I played with us.”

See also  The Democratic convention in the age of a pandemic: hundreds of reside feeds and 4 stages
Continue Reading