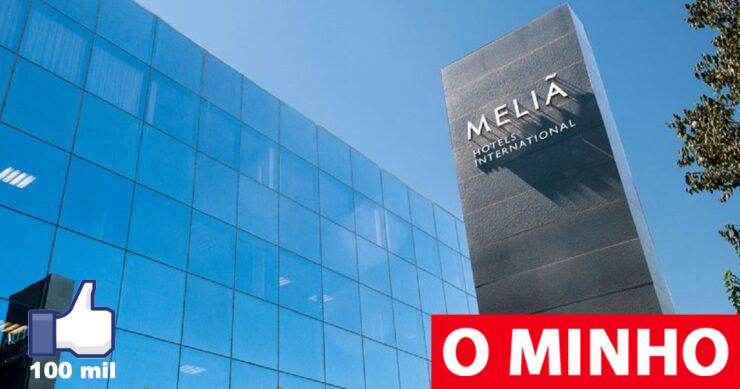 “Between [projetos] which are more clarified, we are talking about 816 rooms, in total in this set of projects, which will be implemented from now until 2026, 2027, about 140 million euros, “- said the CEO today at a meeting with reporters.

According to group administrator Ricardo Rodrigues, the first project to move forward “in principle, in the first quarter of next year will be in Braga,“ a 109-room hotel right in the center ”.

“This is a themed hotel in the historic center of the city and therefore will be the first post-image project launched by the group,” he told reporters.

The same person in charge said that two more projects under development, “pending licensing” in the Chamber of Viana do Castelo and Famalican, would be “two Meliá, more or less, with 120 rooms”.

“But these processes will only move effectively after the licensing is approved by the local authorities,” he said, adding that they have another project, which was also public, which the group won through the Revive Program in São João. -da-Madeira.

“We are also working to launch the Star Inn project from scratch in Aveiro. We bought the land, it is still in its infancy, but this is one of the projects that the group should develop. “

Ricardo Rodriguez also said that the group has a “mindfulness to all possibilities” point of view, namely in Spain, a market where they continue to look for ways to expand.

“We have an agreement with Wyndham to develop the Tryp brand in Portugal, we are the Tryp brand ‘master franchiser’ for Portugal and Spain, so we can develop the brand. We are now going to support five Tryp-branded hotels here in Portugal, and the logic is to increase that number of hotels. Although the brand is not ours, we have a tool that allows us to use our growth, ”the administrator emphasized.

“Yes, it could open the door for us to Spain,” he admitted, adding that they are “watching closely” the neighboring market.

Hoti Hotéis also plans to move forward from Meliá to Avenida Boavista, in Porto, with 220 rooms, a five-star that is not yet licensed, the group only has land.

“Since we have other land that is still not licensed and other situations with licensed projects that we have not been able to master, as in the case of land in Largo do Rato in Lisbon, where licenses are paid, but whose project is five years waiting for the decision of the Administrative Court of Lisbon. We have another on standby in Vila Real de Santo António, etc. There are several such situations, “he added.

The Hoti Hotéis group currently has 18 hotels under the Meliá, Star Inn, Tryp and Moxy (Marriot) brands, 17 in Portugal and one, Meliá Maputo in Mozambique.

Will there be a Christmas dinner at your home? Learn how to cook for the whole family without spending a lot of money – News