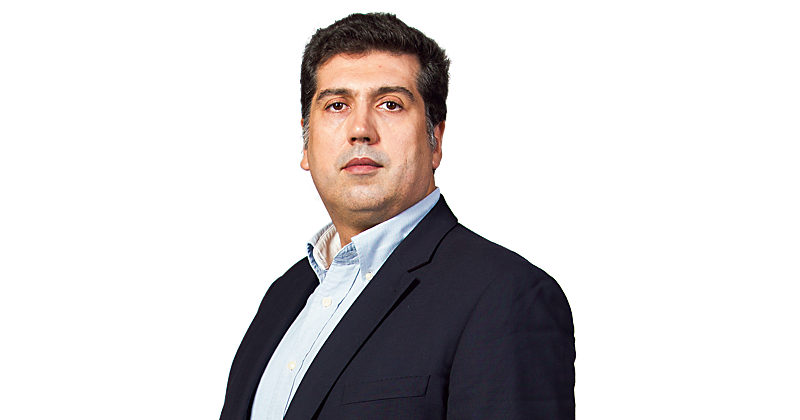 Valentino Viegas is a historian. And also goa, which was in Panaji when the Indian Union invaded the former territory of Portugal, exactly 60 years ago. This is why it is doubly interesting to read the essay he signs at DN, spanning six decades, from the day Nehru got tired of being a pacifist (and Salazar first realized that a presence of more than four centuries does not guarantee Portugal’s sovereignty) to the present day, in which Indians and the Portuguese are proud of their great relationship.

As Valentino Viegas explains, Goa already existed long before the conquest of Afonso de Albuquerque. But the role played by the small Indian territory in the early centuries of the Portuguese presence is undeniable when it religiously acquired the status of the Rome of the East and, politically, its viceroy exercised power over the many squares that faced the street. from the island from Mozambique to Macau.

And speaking of the latter, Macau, which was the first European possession in China, as well as the last, with its restoration of Chinese sovereignty, completing the imperial cycle that began in 1415 with the capture of Ceuta, I am always tempted to draw a comparison with Goa.

I am well aware of the differences: India, where Vasco da Gama arrived in 1498, was a patchwork quilt, not only at the religious and ethnic level, but also at the political level. Only later did Babur, a native of Central Asia, create the Mughal Empire; Sixteenth-century China was a colossus during the Ming Dynasty and was therefore much more immune to foreign influences. Macau was to be obtained by negotiation in 1557, not by conquest, as happened with Goa in 1510. And the Portuguese presence has always been more insignificant at the mouth of the Pearl River than on the banks of the Mandovi.

But I also know that history has led to different decisions: Portugal never agreed to negotiate with India and even won several small diplomatic victories until 1961, when Nehru decided to annex by force, knowing that the Portuguese garrison was unable to resist (Governor Vassalo and Silva also noticed this and therefore refused Salazar’s order to fight to the last man), but then he limited himself to embracing the same reality that forced the British to withdraw in 1947, and the French to hand over his possessions shortly thereafter. … Goan families saw their children split between the two countries, and those who remained under the Indian flag gradually stopped passing on the Portuguese language to their children and grandchildren and seeking refuge in English.

At another time, much closer, democratic Portugal, already without colonies, patiently negotiated with China, and an agreement was possible that guaranteed the joint official character of the Portuguese language for half a century, although in Macau our language never had the strength it had. in Goa. In other words, we realized that there are theoretical alternatives to simplifying the desire to resist without the means to do so. I cannot say whether negotiations between Salazar and Nehru were possible, and scholars of that time will probably say that everything opposed them, but how many surprises the history of mutual understanding between opposites presented to us. Perhaps this is why the O Heraldo, born in 1900 and converted to English in 1983, is today not limited to the bold Portuguese page often signed by Valentino Viegas himself.