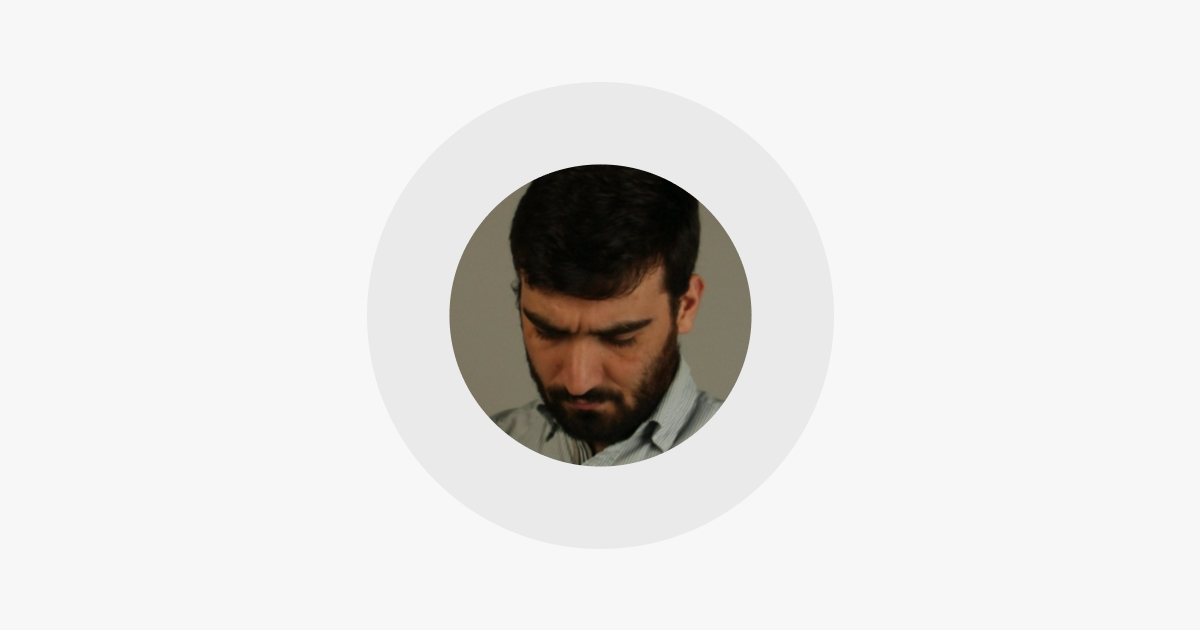 Those who follow French politics from a distance were not surprised by the announcement of Eric Zemmour’s candidacy for the presidency of France. This is an independent candidate, not affiliated with any party. Without a party machine behind him, it will be difficult for him to build a base of support on the ground, even enlisting the support of the 500 elected representatives needed to run for the presidency. So far, the campaign shows it has between 250 and 300 pledges of support.

Four and a half months before the presidential elections, Zemmour receives widespread support from prominent personalities in the business world and dissidents from the National Union, dissatisfied with the leadership of the party led by Marine Le Pen.

A poll conducted by Le Journal du Dimanche this weekend placed Zemmour in third place (14-15%), behind Marine Le Pen (19-20%) and Emmanuel Macron (25-28%) in the first round, and the French president took third place. defeated the leader of the National Union in the second round (54-46%). This launch comes at a time when the candidacy of the far right polemicist is losing its luster and must resist the downward trajectory of recent weeks, after months of traveling around the country, visiting companies and associations, multiplying contacts with the population, which brought her values ​​of about 18% and second place in polls, ahead of the leader of the National Union.

Lacking a big political program, Eric Zemmour revives the ideas of his old friend Renault Camus, who was convicted of inciting racial and religious hatred and violence, and proposes to fight the French “great replacement”: racist theory, identity and a conspirator who rejects the existence of two civilizations on French soil and that Zemmour intends to become leitmotif this election campaign. According to this theory, if nothing is done, in 50 years Muslims will be the majority in France, and in 100 years the country will become an “Islamic republic.” A theory popular in the 1930s in the Nazi Party of Germany and recently inspired the terrorist responsible for the March 2019 attack on Christchurch, New Zealand, which killed 51 people.

Zemmour presents himself as the savior of the legacy of Joan of Arc, Louis XIV, Napoleon Bonaparte or General Charles de Gaulle (inspired by the script for the announcement of his candidacy) and the memory of La Fontaine’s fables. at Notre Dame de Paris and the bell towers in the villages.

At 63, the former Jewish journalist, writer and commentator, the son of Algerian immigrants, calls himself a defender of French Christian civilization and is one of the most extremist voices in France against immigration and Muslims, earning him several court cases for libel and two convictions for incitement to racial hatred. Deeply xenophobic and misogynistic, he has a history of sexual harassment allegations that date back to the 1990s.

So where did Eric Zemmour’s popularity come from? During his career as a journalist, it was through his regular participation in radio and television programs that he created the image of a right-wing commentator, adopting nationalist anti-immigration rhetoric with an overtly xenophobic, racist, misogynistic stance in addition to inciting hatred of Muslims. In 2019, he joined CNews, a Fox News-style television channel, which gave him the perfect platform to continue spreading his hated message, reaching hundreds of thousands of primetime viewers.

The author of several best-selling books, some of his books published contain incendiary views of women and ethnic minorities, as well as historical inaccuracies in an attempt to whitewash French revisionism throughout history, including World War II or Algeria’s War of Independence. V “French suicideFor example, Zemmour seeks to refute the role of the Vichy government, led by Marshal Philippe Pétain, in imprisoning thousands of Jews during World War II, prompting criticism from the Jewish community in France. In September, he toured the country to promote his latest book, “France has not yet had its last word“In free translation – more than 250 thousand copies were sold and served as the motto for the start of the election campaign.

Zemmour takes advantage of the fact that traditional French parties – the Socialist Party on the left and the Os Republicanos on the right – are still recovering from the governments of François Hollande (2017) and Nicolas Sarkozy (2012). ). If Emmanuel Macron seized the opportunity to conquer the center and thus reach Elisha, then it is only natural that Zemmour now splits the electorate with Marine Le Pen and presents himself as the voice of the silent majority, people forgotten by the parties of the system. Like Donald Trump, the French politician does not bring anything new to the public space. This only gives a voice to the part of society that sees in him the one who confirms their intolerant and preconceived ideas, which is alarming. That is, the problem of the extreme right is more of a structural than an indirect nature – in France and in the world. In fact, a Catholic country that only needed to get rid of the shame of language in the public space that existed between the 1960s and 1990s.

It is this loss of shame and the acceptance of this discourse in public space that distinguishes him from Marine Le Pen, who, surpassed by Zemmour on the right, does not try to distance herself: “Your project completely contradicts mine: women, economics, immigration. Resilience is not cruelty. He is a polemicist, not a presidential candidate. Rejects and divides. I would not want you to join me or be a candidate. It does not bring anything new, has no added value. The division is not a service for the country. “

As the leader of the National Union moves away from the extreme right and tries to soften the image of her party in an effort to erase the racist and xenophobic legacy she inherited from her father, Zemmur is taking the exact opposite path: she tries to radicalize, provoke and build a debate around her own vision of what France should be like.

To crude populism aimed at capturing the voice of the working class, the former French journalist adds intellectual recognition that attracts the voices of the French ultra-Catholic bourgeoisie. Erik Zemmour, educated at the prestigious SciencePo, is a smarter, more polished and educated version of Jean-Marie Le Pen, the founder and dismounted leader of the National Front’s daughter.

Compared to Donald Trump or Nicholas Farage and fueling the interest of Steve Bannon, Zemmour seeks to destroy the National Union and its leader, while Le Pen is unsuccessfully trying to build a square circle: to capture the votes of the traditional right, without losing the support of the most extreme. and the radicalized wings of the party. After the bloodshed of supporters of Zemmur, a movement has begun that aims to win in 2027 with the support of the extreme right and the more radical wing of the traditional right.

Since the far-right field is divided into five candidates, whose natural protagonists are Le Pen and Zemmour, it is not surprising that there are calls for a single presidential nomination to avoid what happened in the 2002 presidential election. With three candidates on the left, the socialist and favorite of Lionel Jospin was eliminated from the second round, leading to the return of Jacques Chirac.

Then Marion Marechal reappears between Marine Le Pen, whose niece she is, and Eric Zemmour, a politician whom she greatly admires and whom she has crossed paths with in the past. In a difficult and thankless position, Marine Le Pen’s niece – with a more conservative outlook on society, which led her to abandon the party and active politics in 2017, after months of a deep war with her aunt – the former star of the film “Takeoff”. However, the French far-right argues that there should be a single candidate led by the best-placed candidate in the race.

While it is true that Zemmour is nothing more than a balloon that appears to be deflating, he should not be underestimated or overlooked as he will continue to be a prominent figure in the French political scene.

Mistakes made by the candidate in recent weeks, including the old-fashioned hysteria in Marseille and the insults at Gilles Bouleu following the TF1 interview on the day he announced his candidacy, lowered the polls and forced time on the nomination, which, however, was not innocent: it was made on the day the debate began in the primaries on the right, on the eve of the Republican convention. Marine Le Pen took advantage of the blunders to attack an opponent who, in her opinion, failed to become a presidential candidate: “When we want to be the president of the republic, we need to remain calm, to control our instinct.“, he said.

A lot can happen from now until next April. Regardless of who represents the ultra-right in the presidential election – Le Pen, Zemmour, or both – or the outcome they might register, we should be concerned about the type of attraction that characters like Donald Trump, Nicholas Farage or Eric Zemmour show. over the electorate.

It may be time to start reflecting on the inequality and the growing sense of insecurity – unfounded or unwarranted – by a large segment of society that does not feel represented by traditional political actors and that these characters use more than the perceived general adherence to their retrograde and prejudiced ideas and their reactionary rhetoric. …

Eric Zemmour in the French case is only a unifying element of these grievances, which are looking for someone to represent them and give them the right to vote. Even if he is defeated, Zemmur has already set in motion an ideological dynamic that will continue to grow and structure in the coming years, and for these identity parasites in society, this in itself is a success.

Get alerted when João Oliveira posts a new article.