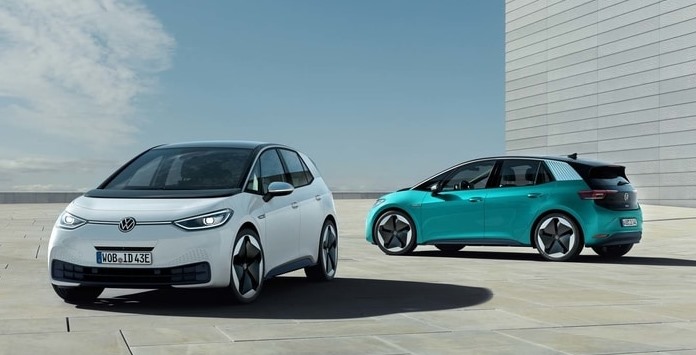 The ID.3 and ID.4 models of the Volkswagen brand ID family were launched in Latin America. In some European countries, China and the United States, these 100% electric models are already on sale, and according to the German manufacturer, Brazil and Argentina will receive the first units of these electric vehicles.

In about 30 minutes using the fast charging system, namely DC charging (100 kW), the battery can be charged up to 80%. The German brand’s goal for Latin America is to neutralize CO2 emissions by 2050 by focusing on all-electric vehicles along with hybrids.

This is Volkswagen’s decarbonization strategy, and Pablo DC, the brand’s CEO for Latin America, says: “Customers in our region can now learn about the latest developments in the electrification of the Volkswagen brand worldwide. We will have a lot of news for our region in terms of electrification towards sustainable mobility.“.

In 2019, the launch of the Golf GTE plug-in hybrid in Brazil kicked off Volkswagen’s electrification strategy in Latin America. Two years later, a 100% electric car appeared, e-up! which was presented in Uruguay.

Brazil was recently selected to host a Biofuel Research and Development Center for Emerging Markets.

According to the National Federation of Automotive Distributors (fenabrave), in the first half of this year, the Brazilian electric vehicle market recorded a record sales.

Model ID.3 of the German brand is hatchback (Length 4.26 m) compact, with an autonomy of up to 550 km. It received the highest rating (five stars) in Euro NCAP safety and collision tests for adults and children.

On the other hand, the Volkswagen ID.4 model is more “ambitious” and is an electric SUV that can reach 520 km of autonomy (the ability to store up to 77 kWh of energy), being elected “World Car of the Year 2021“.

Overall, ID.3 is considered too low by Brazilian street standards. The German brand fears that the bumper will scratch ditches, bumps and ramps. So the crossover will make more sense in Brazil.

Video – VW ID.3 and ID.4 – the next electric vehicles in Brazil

The proceeds from the 5G auction will go to finance … roads

Gulp wants to increase dividends, cash flow and bet on the green side of power – Energy

See also  Tesla announces another recall of 80,000 vehicles, and some even have to be recalled
Continue Reading

See also  Gasoline and diesel fuel will be cheaper next week! Know how much ...