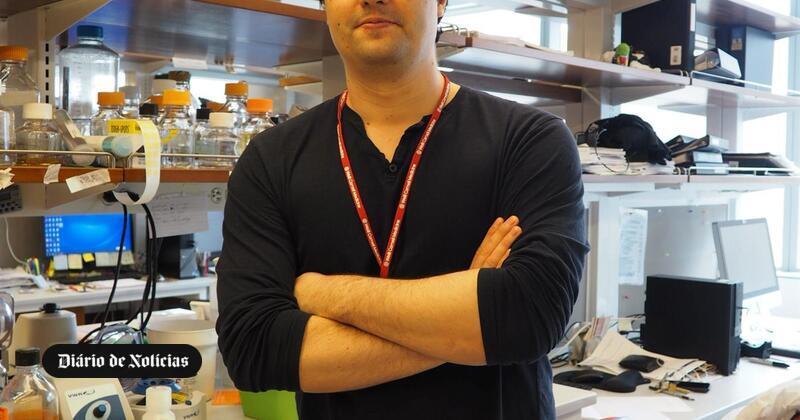 The protein, “discovered” by a Portuguese researcher at the Cornell University School of Medicine in New York, could open up important new avenues in the fight against tuberculosis, which, despite the established cure, remains one of the deadliest infectious diseases. for humanity.

Before the SARS-CoV-2 virus that spread the covid-19 pandemic, the virus Mycobacterium tuberculosis – The bacteria, also known as Koch’s bacillus (after German bacteriologist Robert Koch, who discovered it), was the pathogen that caused the most deaths in the world, and by 2020 was estimated to be associated with about 1.5 million deaths. …

According to the latest World Health Organization (WHO) report on the disease, deaths from tuberculosis have increased in the past year “for the first time in more than a decade” after the global response to covid-19 “declined. years of progress. “ And even Portuguese emergency hospitals have recently seen a return of severe cases of tuberculosis, as reported just last week by infectious disease specialist Maria João Brito, who is responsible for the infectious diseases department at Dona Estefânia Hospital in Lisbon.

The identification of new, more effective treatments for the disease continues to be a priority highlighted by WHO and the recent discovery by Thiago Rodriguez Beites, published this Monday in the prestigious Scientific journal Nature Communicationscould be an important step forward.

Tuberculosis bacteria mainly infect the lungs and depend on the host’s fatty acids and cholesterol for energy to survive and reproduce. And science has already identified a bacterial enzyme that can metabolize these fatty acids in the human body: acyl-coenzyme A dehydrogenase (acyl-CoA dehydrogenase).

“But this enzyme is part of a more complex chain that regulates its function,” explains Thiago Beites. AND The Portuguese researcher and his team at Weill Cornell Medicine discovered that there is a protein that links an enzymatic network of the type, without which acyl-CoA cannot have its normal activity. In other words, “it stops feeding on fatty acids,” and the bacteria die.which is confirmed by tests in vitro and in animal models (mice), the results of which are now published in this scientific journal, in a study already reviewed by colleagues.

In this study, “the bacterium could no longer replicate in mouse models of lung infection, and after 56 days it was eliminated from the body.”

The 37-year-old Porto scientist, PhD in Biological Sciences at the Faculty of Science of the University of Porto and who has been in New York since 2015, begins by explaining D.N. as a specialist in bacterial genetics: his job is to “find weaknesses in bacteria “. And there, despite the fact that the tuberculosis bacterium was discovered in the 19th century, there is still a “black box” that needs to be investigated, since, as Thiago Beites emphasizes, “the function of more than half of the proteins” in Mycobacterium tuberculosis.

The scientist was particularly interested in one of them, “which seems to have been associated with the process of energy production by bacteria.” It is a protein that the Portuguese researcher named ETFD and which, when “combined with a flavoprotein (ETFBA), plays a fundamental role in the activity of the acyl-CoA dehydrogenase enzyme, which allows bacteria to feed on host fat. acids for survival, “he explains.

And this discovery opens up a new therapeutic pathway for fighting the disease, says the researcher, who in this study showed that: By genetically manipulating the bacterium to remove the gene for this ETFD protein, “it ceased to reproduce in mouse models of lung infection, and after 56 days they were able to eliminate it from the body.” Moreover: Koch’s bacillus not only could not feed on fatty acids, but also became toxic to the bacteria itself, which was still unknown.

Faced with the difficulty of directly targeting the acyl-CoA dehydrogenase enzymes – “the bacterium has 35 different types of these enzymes, which we call genetic redundancy, and it is impossible to chemically eliminate them all at the same time” – this fundamental discovery points to a different way of fighting tuberculosis.

By identifying the function of this ETFD protein, without which the bacterium could not survive in this study, “it is possible to study pharmacological solutions that attack this pathway,” says Thiago Beites. which is already looking for partnerships with other research groups related to the chemical field of drug manufacturing.

And since ETFD does not have homologous human proteins, “it is an interesting target because it offers less risk of side effects,” the scientist stresses, explaining the importance of “developing antibiotics that target the pathogen as much as possible in order to reduce the risk to the host.”

Faced with a disease that currently requires a very complex treatment, involving four different antibiotics for six months, and threatened by the growing phenomenon of multi-resistant bacteria, the discovery of Thiago Rodriguez Beites from Porto may offer a new and important asset. the scientific community.

At Diário de Notícias, dozens of journalists work daily to deliver news, interviews, reports and analysis that provide accurate information to readers. And so for more than 150 years, because we are the oldest national newspaper. In order to continue to provide this “service to the reader,” as our founder wrote in 1864, we need your support.

Enem: look at the Portuguese mistakes that negate any candidate – Photo