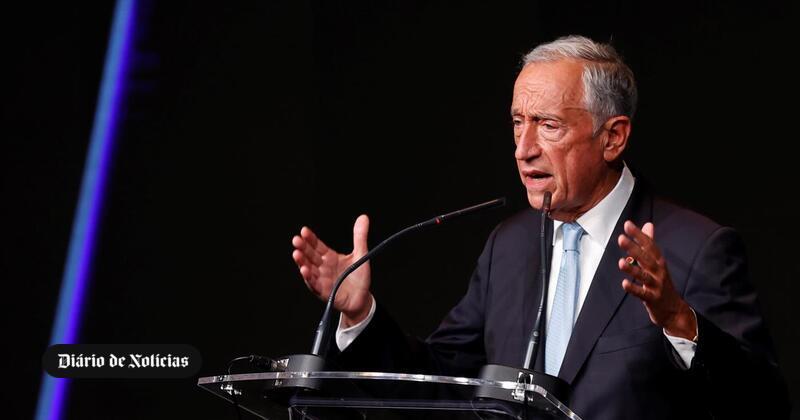 “To be more powerful in this world, we must affirm the power of our tongues.” said Marcelo Rebelo de Sousa at the commemoration ceremony marking the 30th anniversary of the Ibero-American Summits.

The event was attended by King Felipe VI of Spain, President of the Spanish Government Pedro Sánchez and, in particular, telematic presidents of Colombia, Ivan Duque from Chile, Sebastian Pinera from the Dominican Republic, Luis Abinader. and from Argentina Alberto Fernandez.

“when we were born [a Comunidade de países Ibero-Americanos] The world was bipolar 30 years ago [havia duas superpotências]”Today the world is multipolar,” said the head of the Portuguese state, adding that the Ibero-American countries today are “an important pole in the world.”

Rebelo de Sousa stressed that this community over the 30 years, since its birth, is “the strongest, most integrated, most powerful community in the world” and should be even “more powerful”, repeating that it must “establish power” … their two languages.

He then recalled that Spanish and Portuguese “dominate the southern hemisphere” and “together they correspond to the second cultural reality in the world”, being this “force that must face today’s challenges”, including “pandemic”.

“We must act together in a future pandemic peace treaty to prevent pandemics,” the republic’s president defended, adding that it was also necessary “to work together” to “create a permanent framework for vaccination in the future”. …

According to Marcelo Rebelo de Sousa, 22 countries must “work together on economic and social recovery, a digital rights charter,” among other things, and must show their “weight” in the “major challenges of the transition to the future.”

For this to become a reality, the Ibero-American community needs to have “more developed, more inclusive, less unequal and therefore stronger societies,” Marcelo de Sousa stresses, adding that “only such societies create strong democracies.” … …

“We believe in the Ibero-American community because we have a past, we have a present and we have a future,” the president concluded.

The King of Spain closed the ceremony with a speech urging Latin American countries to work “together” and maintain the consensus that has characterized Ibero-American summits since their inception 30 years ago, highlighting the “undoubted success” achieved by this forum. presented.

For his part, Spanish Prime Minister Pedro Sánchez had recently called for the consolidation and progress of democracy throughout Latin America, as well as respect for human rights, freedom and legal security, since, as he assured, “there” in this regard in the region there is still much to be done.

The Ibero-American community consists of 22 countries: three in the Iberian Peninsula (Portugal, Spain and Andorra) and 19 in Latin America, where Portuguese (Brazil) or Spanish (other countries) are spoken.

The objectives of these summits are to “promote cooperation and development” between the Ibero-American countries.

The first summit of the heads of state and government of this community of countries was held in Guadalajara, Mexico, on July 18-19, 1991.

The Portuguese studio is creating an official augmented reality game for the new Ghostbusters.

The Portuguese researcher’s discovery in New York could be a new asset in the fight against tuberculosis.

See also  International Pay Day or in good Portuguese how much do you earn? - Paula Cordeiro