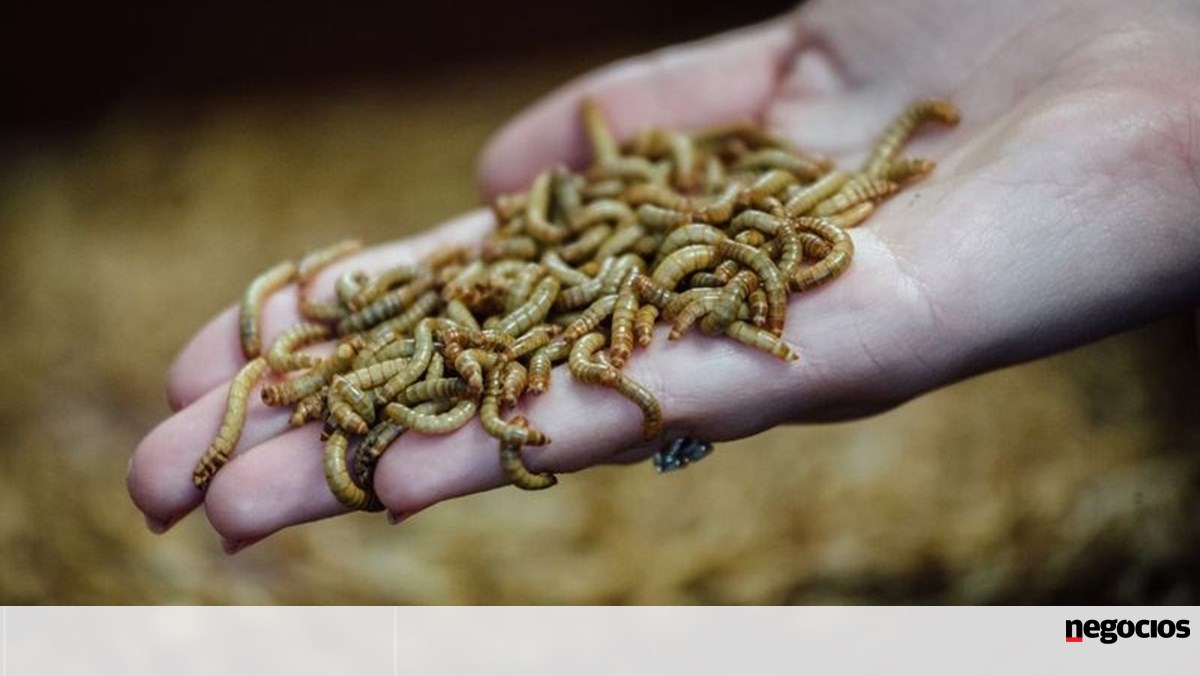 Consumption of insects: This practice of two billion people is beginning to be equated in the Western world and has been advocated by the Food and Agriculture Organization (FAO) since 2013 as a strategic solution to improve the sustainability of food and alternative nutrients.

By the way, insect-based food is already available in Portugal, after last June, the General Directorate of Food and Veterinary Medicine (DGAV) authorized the use of products containing seven species: two crickets, one beetle, two larvae and two grasshoppers.

In this context, a consortium of 38 companies and national research centers is committed to invest 57.4 million euros to “put Portugal at the forefront of the insect industry” with the creation of three new insect production plants, including the production of chitosan. natural crustacean shell supplement and logistics center.

The location of these investments has yet to be determined, but Santarem is at the top of the preference list, followed by the Alentejo and Leiria regions, he told Negosios, a source close to the consortium.

InsectERA Agenda is the name of the consortium promoting the project “aimed at the development of industrialization, commercialization and export of innovative insect-based products, with solutions for the food industry (animals and humans), cosmetics and bioplastics, as well as With regard to the bioremediation sector, by creating solutions for the disposal of organic waste, “- said in a statement to the newsroom on Wednesday, November 17th.

An investment project presented in the Plan for Recovery and Resilience (PRR), with the entities of the assistance consortium committing to provide their own financing in the amount of 19.3 million euros.

See also  From 2002 to date, three out of four escudos have not returned to Banco de Portugal - Executive Digest

“Over four years” investments include € 25.6 million for R&D and € 29.5 million for productive investments, “also taking into account the corresponding amounts for human resources, qualifications and internationalization of the participating organizations and the promotion of results,” – details Agenda day InsectERA, which provides “the creation of about 140 new jobs and more than 23 million euros in income in 2025, the year of completion of the investment.”

In addition to four manufacturing sites and a logistics center, the project includes “investment in construction or adaptation, procurement of manufacturing equipment including air conditioning, processing and biodegradation systems, laboratory equipment for quality control, packaging and installation of solar panels.”

Through this investment program, the InsectERA program envisages the “industrialization of at least 43 new insect-based products and services for the market.”

“To establish Portugal in the innovation sector, which is currently dominated by other countries”

“Insects are a solution that enhances environmental sustainability in the agri-food sector by improving value chain efficiency and greater respect for the use of natural resources. With the participation of the entire agri-food sector, we will be able to place Portugal at the forefront of the industry, protecting Portuguese know-how and taking national technology to the next level, ”guarantees Daniel Murtha, Representative of Agenda InsectERA and CEO of Ingredient Odissey.

“This is a strategic investment that could be a historic milestone, as it allows Portugal to establish itself in an innovation sector that is currently dominated by other countries,” the same person in charge underlines.

Nuno Soares, Business Development Specialist at INOVA +, believes that “the continued support of this mobilization program takes advantage of our experience in structuring R&D and innovation projects of high complexity, scale and structural impact on the economy”, with “project presentation in a PRR framework” represent “a window of opportunity for betting on new niches and market areas with disruptive potential and moving closer to pioneering countries in this area.”

The InsectERA program therefore intends to “invest in a rapidly growing market and explore innovative technological solutions for the use of insects as raw materials”.

Moreover, reminds InsectERA Agenda, “by 2030, Europe will have produced 260 thousand tons of insect-based products, including whole insects, insect ingredients and products containing edible insects,” while “in the European animal feed sector, production of 500 thousand tons is projected in 2030, when by the beginning of 2021 only 10 thousand tons of feed based on insect protein were produced. “

However, he says, “there are other options for exploring the potential for insect production in areas that are still poorly understood, such as cosmetics and bioprocessing products.”

InsectERA’s agenda sets as its main objectives “the development of products, processes and services based on biotechnology and supported by the value added of sustainable resources (insects); contribute to the diversification and strengthening of the competitiveness of the Portuguese business structure in relation to business. ” in relation to the international economy; launching new products and services on the international market based on scientifically grounded developments; and promoting sustainable investment in value chains that focus on reducing the consumption of energy from non-renewable sources and reducing the consumption of imported products, in addition to reducing CO2 emissions. ”

– The InFood Axis on the use of insects as a healthy and sustainable alternative food source in innovative foods, aims to create at least 13 new insect-based human food lines;

– The InIndustry axis for using insect-derived products as new raw materials for industry such as cosmetics or bioplastics, aims to develop and industrialize four new raw materials (chitosan, insect oil, lauric acid and natural insects). extracts) for the pharmaceutical, cosmetic and plastics industries, as well as at least nine innovative end products;

– The InBioremediation Axis, to use insects as a bioremediation tool and solve environmental problems such as the disposal of livestock wastewater and urban organic waste, aims to invest in R&D and establish a bioremediation research center at the National Zootechnical Station (INIAV).

Deloitte bets on two new technology centers in Portugal to create up to 2,000 jobs – expert

According to the director of Twitter, buying cryptocurrencies is not worth it now.

See also  Bitcoin could crash on June 17, and Ethereum could crash along with other tokens
Continue Reading

See also  From 2002 to date, three out of four escudos have not returned to Banco de Portugal - Executive Digest
Continue Reading