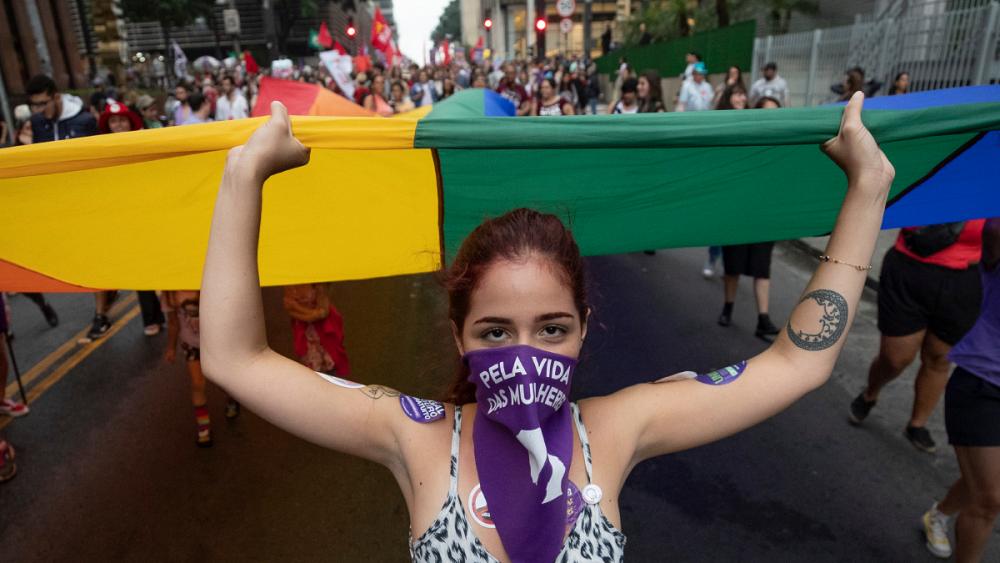 “Women are not numbers,” the Portuguese President emphasized in a message distributed on the 40th anniversary of the International Day for the Elimination of Violence against Women, which has been marked with the United Nations seal since 1999.

on one communiqué of the president Portuguese society laments the negative impact of Covid-19, exacerbating “the isolation, breakdown of contacts, lack of alternatives that have doomed so many victims to withdrawn and quiet suffering.”

The relationship between the pandemic and domestic aid is at the center of a recent study by Eva Fodor, professor of gender studies and co-director of the Institute for Democracy at the Central European University in Budapest.

Iva Fodor regrets some of the setbacks in Europe in terms of policies to combat violence against women.

“Hungary, Poland and Turkey are some examples. The Hungarian government has refused to ratify the Istanbul Convention. Poland withdrew from it, “the professor said in an interview with Euronews, referring to the Convention initiated by Council of Europein 2011 in this Turkish city.

However, the only member of the LMP, one of Hungary’s left-wing opposition parties, returned to invite the Magyar parliament to ratify the Istanbul Convention.

on one video posted on facebookKristina Hon stated that “a life free of violence is a fundamental right of all women and girls”, began a press conference at which she criticized parliament for not incorporating the Convention into the Hungarian legal system, and called on “everyone to act without hesitation. if they knew about someone who was a victim of domestic violence, ”I also advocate“ strengthening the signaling system ”in these cases.

“In fact, the government denies recognizing the concept of gender, it even says that this is one of the reasons for rejecting the Istanbul Convention, and defends that there is no gender difference, but only a biological difference between men and women,” explains the Hungarian professor.

Iva Fodor also accuses the Magyar leadership of using “this as an excuse not to support the European Union’s measures to ensure gender equality and to avoid applying other rules to protect women.”

In addition to other initiatives such as the 1st Forum against Violence held last week, this Thursday Portugal will also host several events planned by the country in the framework of the International Day for the Elimination of Violence against Women, namely the “March to End Violence Against Women women ”, organized by a group of feminist associations and collectives in the presence of the Secretary of State for Citizenship and Equality Rosa Monteiro.

The march begins at 5:30 pm Lisbon time in Plaza Largo do Intendenti and leads to Rossio, where at 6:00 pm Platform I Marshavas again celebrates this date and “pays tribute to women who are victims of macho. a society that is sexist, racist, homophobic, transphobic and patriarchal! “With a” quilt “inspired by the HIV quilt (” AIDS Memorial Quilt “) started in the 1980s by the LGBT movement in the United States.

Each piece of fabric that makes up the blanket is dedicated to the victim, sewn together, thus forming a monument in honor of all the women killed by the violence in 2021.

At least 23 women were killed in Portugal between January 1 and November 15 this year, including 15 “gender-motivated deaths,” according to a report by the Observatory of Murdered Women (OMA), the report said. Publication of the Alternative Women’s Union and Answer (UMAR) of which OMA is a part.

However, this week the Portuguese government launched #PortugalAgainst Violence Campaign call for increased vigilance against domestic violence, and raise awareness of the consequences of this crime not only for women, but also for children.

VIDEO: Hota scores, but Celtic advances to the conference league

What are the changes in the golden visa of Portugal