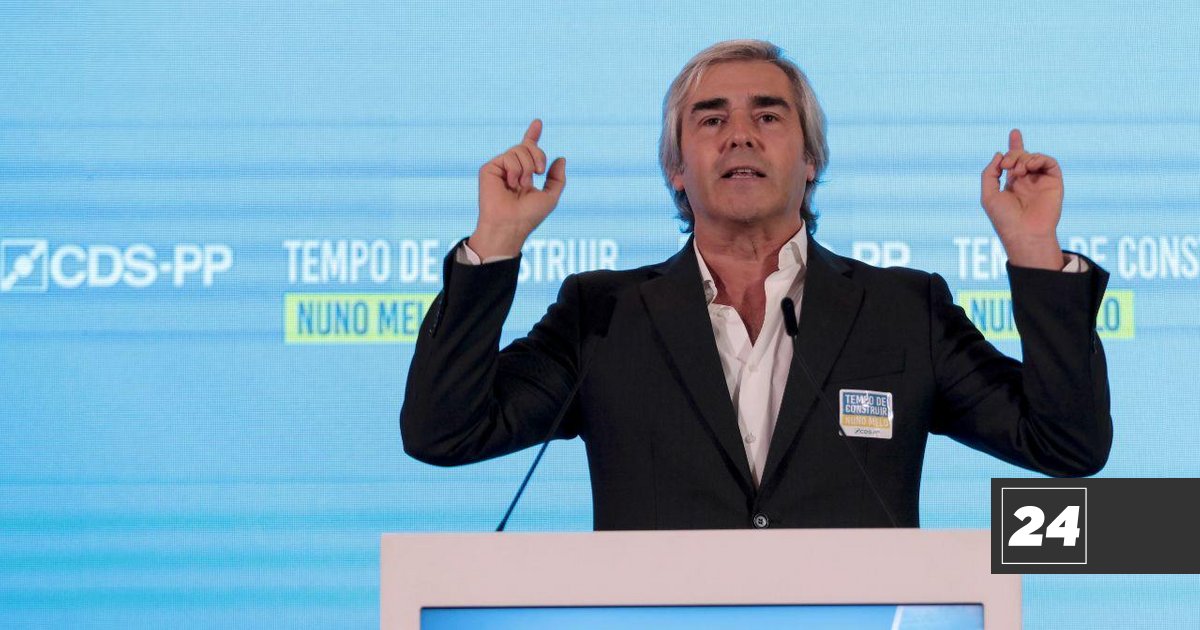 Centrist MEP Nuno Melo believes that the SDP proved on Saturday night that the arguments made by the CDS-PP leadership about the lack of time for a congress before the legislative elections are false.

This position was expressed by Nuno Melo, who introduced himself as a candidate for leadership of the party on October 6, in a post on his Facebook account, in which he promises to fight “with all his might, until the last minute, to prevent the destruction of CDS due to such immaturity.”

Nuno Melo begins by mentioning that the last National Council of the SDP, held Saturday night in Aveiro, even with early legislative elections scheduled for January 30, marked the right to elect a Social Democratic leader on November 27.

For a Christian Democrat in the European Parliament, if “the PSD could have scheduled straight lines for the day the CDS scheduled its convention,” then “the problem of not having enough time to hold the CDS Congress has been proven to be a lie.”

The same National Council of the SDP marked the party congress, which will approve the strategy and elect political bodies for December 17-19. The second conclusion: the SDP democratically decided to hold two important points of political approval in November and December. “, indicates that.

“After Congress on November 27 and 28, CDS had more than twenty days to complete voter lists. Enough and enough, as can be seen from the decisions taken by the SDP, ”he objected.

Also, according to Nuno Melo, at the political level, “whoever wins the SDP, the party will have a leader with a mandate, approved strategy and elected bodies without any doubts about legitimacy.”

Unless CDS grabs its conscience and goes astray, it will be the only Democratic party running for legislature with a leader without a mandate and a completely outdated strategy. The whole country realized that the CDS board, fearing the outcome of the congress, ran forward, caused very serious damage to the prestige and respectability of the party and angered the militants, depriving them of the right to choose the fate of the institution. “, accuses.

Nuno Melo further establishes the democratic difference between the internal processes of the Social Democrats and the CDS.

“The National Council of the SDP, like the previous one, was held in person, without gimmicks and delays, without any disputes over the voting method. In contrast, at CDS, the board considers it normal to take refuge in national councils convened without the law, held remotely to enable censorship of interventions, addictions in word-of-mouth and digital voting systems. , has never been verified without verification, ”he adds.

COP26. Only mass mobilization of the population will force politicians to act – Observer