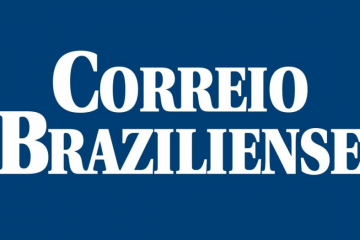 Why can’t a country as rich in resources like Brazil develop its economy like other countries for 40 years? When it comes to looking ahead, this is a fundamental question.

A few days ago, the Organization for Economic Co-operation and Development (OECD), an institution created by the richest nations in the world, released a report that predicts the situation in the list of countries from today to 2060. as a measure of per capita income in countries compared to income in the United States, the document provides an estimate of the growth potential over this long period.

Today, Brazilians have income equal to 22.9% of Americans’ income. By comparison, China’s income today is 29.1%; India – 10.8%; Argentina – 28%; and South Africa – 18.4%. According to the forecasts of a well-known institution, to which the Brazilian government is making great efforts to confirm its policies in the eyes of the international community, in 2060 we will be relatively worse off than today.

At this point in the future, the income of the Chinese will be equivalent to 51% of the income of Americans, Indians 28.1%, Argentines 31.6% and South Africans 28.1%. Brazil will be equal to only 27.4%, which is below all these developing countries. We have a mediocre and bleak future ahead, if we do not change, and we do change a lot.

Brazil’s low growth, which began in 1980 and seems likely to continue for a long time, is a mystery that, in my opinion, can only be explained by malfunctioning institutions.

It would be tedious to enumerate the disasters of the government and parliament, but a new problem begins to act that worsens life in the country. I am talking here about judicial policy and the politicization of justice. The story has begun, you have to register with the Labor Party. Remaining an opposition and a minority in Congress, the party systematically applied to the courts with the intention of reversing Legislative failures or paralyzing the government, creating an institutional confusion that worsened over time.

Politics are no longer geographically confined to the corridors of the House of Representatives and Senate. This also applies to behind-the-scenes courts, which often have the final say in purely political trials. This clearly distorts democracy and causes public distrust in the motives of court decisions.

Nothing reinforces this mistrust more than the behavior of the main participants in Operation Lava Yato. Despite its merits in uncovering the underground systemic corruption that plagued the Brazilian state, the operation had far-reaching political consequences, becoming a major factor in the presidential elections, in the election of governors, and in the formation of the House and Senate. … Consequently, his agents must maintain absolutely impeccable behavior in order to protect the social image of their impartiality. This is not what they did.

Judge Sergio Moro retired from magistracy and became the minister of the government, whom his decisions helped to elect, and now he is preparing to run for the presidency of the republic, showing his decisions as judges as political capital. If the judgments of judges are regularly turned into a path to politics, there will be no more justice and the rule of law. It will be no less a mess.

In addition, the head of the operation’s prosecutor’s office, who has a long career ahead of him, has chosen to accompany the judge, has resigned from office, will join the same party and intend to build in his own politics what he has wrongly tried to do as an official. agent of justice. The sad conclusion is that if Lava-Yato first demonized politics, in the end she demonized Justice itself and would ultimately make those who are actually guilty innocent.

When institutions operate in this way, our future is out of our hands.