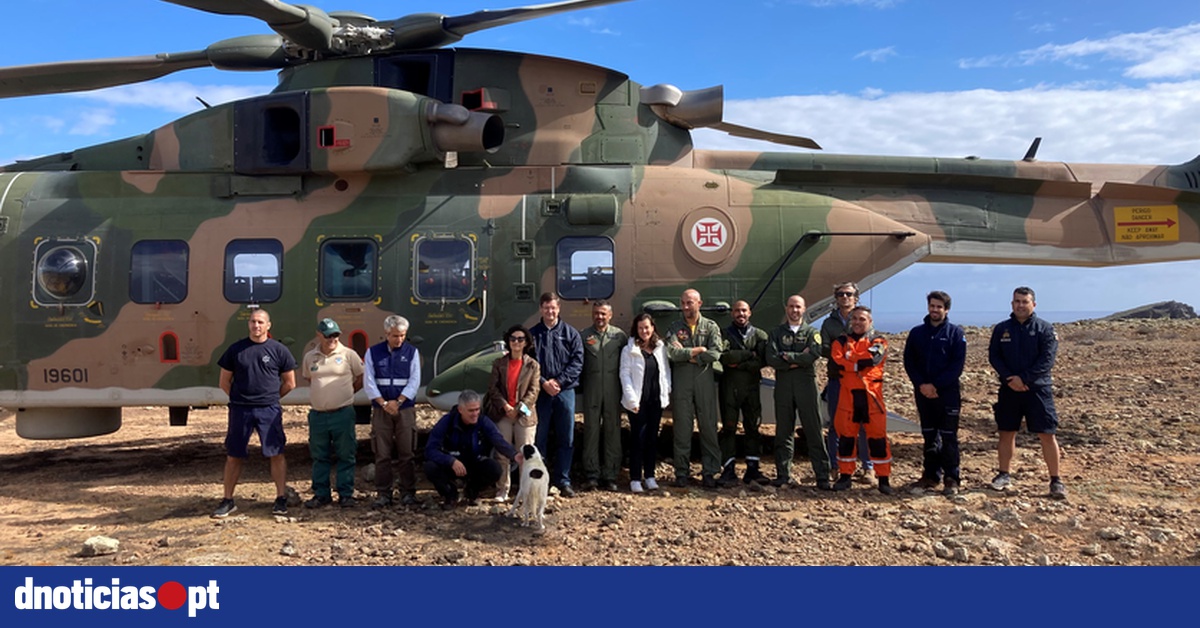 The General Directorate of Natural Resources, Security and Maritime Services (DGRM) this week completed the final work to complete a study on the extension of the Vessel Traffic System and Service (VTS) to the entire Portuguese sea, namely to the sub-regions of Madeira and the Azores.

The final step was a visit to Ilhas Selvagens to explore the best location and conditions for installing sensors in Portugal’s southernmost developing area. The trip was carried out with significant cooperation between the Air Force and the General Directorate of Maritime Authorities, who participated in visits to IFCN – Institute of Forests and Nature Conservation and APRAM of the Autonomous Region of Madeira.

This study aims to prepare the next phase of implementation, so that Portugal, as a coastal state, makes available throughout the Portuguese sea the obligation to control and monitor maritime traffic, as well as the function of providing information for navigation through the adoption of VTS services. throughout the territory.

With regard to maritime safety, the implementation of the VTS service and system on a national scale will create safety mechanisms, namely traffic separation schemes and zones to be avoided in the autonomous regions, fully integrated and harmonized with those in the autonomous regions. continent. Equally important is the proliferation of automatic safety alert systems between ships and land, such as early warning of a collision or over-approaching a specific area. In addition, the VTS will also be a tool to support rescue at sea, monitor the future National Marine Protected Area Network and inspect fisheries.

The implementation of the system will comply with all guidelines and requirements of the International Maritime Organization (IMO) and the International Association of Maritime Signaling and VTS Authorities (IALA), and it should function as an efficient system for various purposes under the guise of its sensors. and the ability to integrate with other information sources to combine and analyze all data to provide the best outcome to support a solution. Thus, it will be possible to receive information obtained using local sensors and remote sensors, which together will allow monitoring of the entire ZEE – the national exclusive economic zone and the extended platform.

For local sensors, everything static is allocated, namely, radar equipment (ground and meteorological), AIS and VMS (automatic identification system) stations, video surveillance cameras, radio goniometers (RDF) and weather stations. In the field of remote sensors, satellite tools will be used, namely satellite photography and radar, as well as the creation of interfaces for interacting with aircraft and ships (manned and unmanned), as well as probes and sensors.

M&A market in Portugal drops to € 1,768 million in the first half – Executive Digest