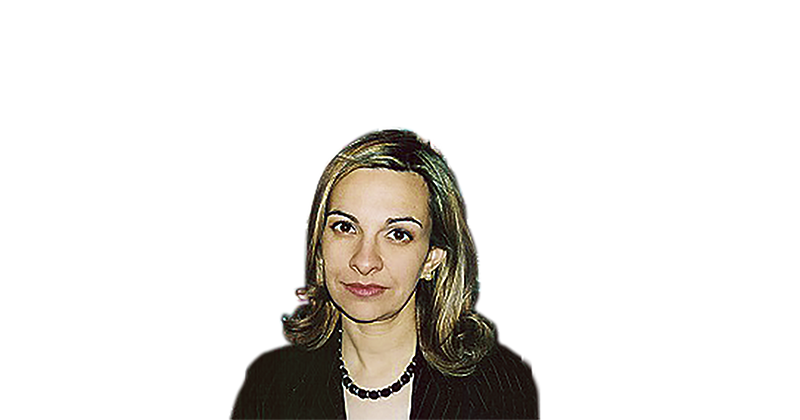 Moreover, this demographic problem is associated with labor factors that require urgent answers. From the outset, the issue of increasing segmentation of the labor market should remain a central element of government policy.

The truth is that the balanced development of the country is simultaneously determined by demographic and labor factors (such as the increasingly late access of the young population to the labor market; uncertainty in employment and recourse to temporary employment; the level of wages or even the size of illegal work) and economic factors (such as the weight of the informal economy in GDP or the evolution of long-term unemployment).

Pay special attention to the data recently released by INE, which reveals a very alarming demographic situation in the country. The average number of children for women and men increased from 1.03 in 2013 to 0.86 in 2019. In turn, 93.4% of women and 97.6% of men in the younger age group (out of 18 at the age of 29) did not have children, and more than half (54.6%) of men aged 30 to 39 were in the same situation. When asked about their intention to have children, 55.1% of women and 47.3% of men answered that they did not intend to have or have more children, while 8.4% of women and 11.0% of men (only 9.7%) did not have and were not going to have children. In addition, a significant proportion of women and men with children (45.1% and 58.5%, respectively) gave birth to their first child later than they wanted, and women who gave birth to their first child later than they wanted were the ones who were marked as very important for The reasons for the delay relate to financial stability, employment stability and housing conditions.

Besides this birth problem, there is emigration. As already highlighted in the 2016 Green Paper on Labor Relations, “the population of Portugal was

has been decreasing since 2010 as a result of the combination of natural balance and migration balance due to a “noticeable increase in emigration”, confirming the movement of population decline in the period from 2011 to 2015, which was concentrated in the population of working age (15 to 64 years). The book also states that Portugal has a higher than average share of non-permanent contracts compared to other countries in the European Union. As noted in this Green Paper, in Portugal “more than half of the contracts awarded in 2015 were urgent”. In addition, a part-time employment contract, paid in proportion to a comparable full-time situation, increased from 3.2% in 2002 to 7.3% in 2014, with a high level of part-time employment (from 42.3% ).

And if a country loses tens of thousands of people year after year due to emigration, without offering its population the hope of a job that guarantees a decent future, then we need an economy that provides more employment opportunities and, in particular, creates skilled jobs. accompanied by fair wages, allowing everyone to enjoy the benefits of future economic growth.

Eliane Cantanhede talks political scenario for 2022 at the Vitoria summit

Nudging Lulu and Bolsonara, Moreau trains in a political tone at the SP.

The microphone is raised, ex-minister Sergio Moro (Podemos) walks around the stage without much confidence. A crowded audience listens to their jokes and political commentary. He presents his view of the country’s history in recent years in a tone that increasingly resembles that of a professional politician.

During a two-hour presentation of the book Against the Corruption System at the Renaissance Hotel in São Paulo, the former judge and current president, who had already denied his involvement in politics, focused his speech on defending his coming period. Lava Yato, with indirect suggestions to former President Luis Inacio Lula da Silva (PT) and the Ministry of Justice and Public Security, with direct quotes from President Jair Bolsonaro (PL), his former boss and current enemy.

Moreau joined Podemos last month and, as a prospective runner-up, his main flag is the fight against corruption.

Presentation of a book with a pre-election plan

“When he comes in, let’s shout“ President! “”, – said several people when the chairs were full. Some called themselves “Moro activists.”

The author’s recording at about 7:10 pm was lively. According to the press service, 400 tickets have been sold, with few vacancies. There are two packages available. One guaranteed entry, autographed book and R $ 95 notebook. Another, regular entrance, for 80 reais. The recommended price for one book in bookstores is R $ 49.90.

This is the third event of the so-called “launch tour” of the book after Curitiba and Recife. The latter will be in Rio de Janeiro next Thursday (9).

Moreau denied it was a campaign event. “This is not another project in which I took part,” he said at the opening. But his position was that of a candidate.

Until the middle of this year, the former judge refused to participate in politics several times. As he solidifies as a preliminary candidate, his faltering demeanor gradually solidifies and he feels at ease with a receptive audience.

As in other exhibitions, Moreau did not answer questions from the press and the public.

Anti-corruption motto. as usual, he dominated the lines. This is the central theme of the former magistrate, who even proposed the creation of a national anti-corruption court if elected, which the lawyers UOL listens to consider illegal.

When the topic changed, he said that he had returned from the United States, where he worked in the private sector, because he had been drafted. “It looks like the Brazilians are going to a funeral in 2022, all that remains is to choose the color of the coffin. And people said: come back, come back, ”he said.

“As a minister, I have never considered myself a politician, because this is a technical position. There is a political game, but it is not an addiction. I am not going to repeat that I am not a politician. I came back mostly for you. “

Against Lula and Bolsonaro

Moreau has always defended his anti-corruption legacy and, when he could, nudged Lula and Bolsonara, the top two candidates in the 2022 Planalto competition.

“In fact, both [Lula e Bolsonaro] bad, both wrong, ”he said.

Moreau was minister from January 2019 to April 2020 when he stepped down, accusing Bolsonaro of interfering with the PF (Federal Police) while investigating burglary schemes involving Senator Flavio Bolsonaro (PL-RJ), his eldest son.

“If my son does something wrong, I will scold him,” he said. “If you are against the government, you are out of the game or you are a communist agent.”

Moreau was also critical of other areas of the current government. “I looked at Brazil with great concern. In this pandemic, everyone has lost someone they loved and we also saw a crisis in the economic situation. High prices, low wages and rising interest rates, ”he said.

Same day as the triplex prescription

In the book, Moreau also tells the behind-the-scenes stories and stories of Lava Yato and ministries, which he called not “versions” but “facts.”
“Is this your version of the facts? No, these are facts. There is a story that happened. These are facts, ”the former minister said.

The event takes place on the same day that the FPM (Federal Ministry of State) acknowledged the statute of limitations in the case against Lula in the Guaruja Triplex (JV) case, in which the former president was convicted by Moro.

The statute of limitations was granted by the MPF on the grounds that the STF (Federal Supreme Court) had already overturned Lula’s conviction in April this year, declaring Moreau a suspect.

When asked, he regretted the decision. “When you see the courts overturning convictions for corruption … Something is wrong with the system that allows it. And Lava Jato remains proof that the system can work, ”he defended.

The event ended at 21.20. With a duration of just over two hours, several people had already left the hall during the last replies of the former minister. 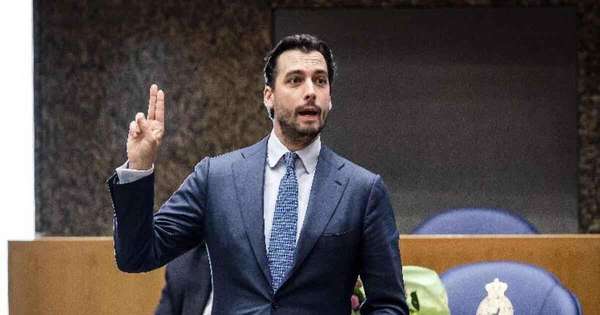 This Tuesday (12.07), the anti-Semitist organization said it had filed a civil lawsuit against Thierry Bodet, leader of the Dutch populist party Frum for Democracy (FvD), for comparing health restrictions in relation to COVID-19 and the Holocaust. … The action was presented by four Jewish survivors of World War II, CJO, which brings together Jewish organizations in the Netherlands, and the Israel Documentation and Information Center (CIDI), which monitors anti-Semitism in the country.

Survivors found several tweets from populist leader Thierry Bodet, in which he stated that “the unvaccinated are the new Jews, and those who will not face exceptions are the new Nazis.”

Bode also posted a picture of a boy who was not allowed to participate in the St. Nicholas Day celebrations by uploading a photo of a boy from the Lodz ghetto (Poland) with a Star of David.

The authors of the action also criticized the populist for sharing a photo of the Buchenwald concentration camp with the following comment: “How CAN you not see how history is still repeating itself?”

“With these statements, Bode puts Sho’s horror (five to six million Jews exterminated by the Nazis in World War II) on a par with measures against the coronavirus. In doing so, he minimizes the importance of the Holocaust, ”he said. stated CIDI in a note.

“Making such comparisons is“ historically and fundamentally wrong, and especially detrimental to Holocaust survivors and their families, ”the center added.

Informants are calling for messages to be deleted and Bode not to use images of the Holocaust to talk about measures against the coronavirus.

The final procedure will take place on December 15 in Amsterdam.

There may be new changes in the Caiado Secretariat

There should be changes in the secretariat of Ronaldo Cayado to accommodate the initials of the base. Last week the President of the PSC, Euripedes do Carmo, took over the management of the Goiás Development Agency, Goiás Fomento. Changes are expected in the Civil Chamber and there are rumors about the possible departure of the Minister of Economics Christiana Schmidt, who will be transferred to the Ministry of Economics.