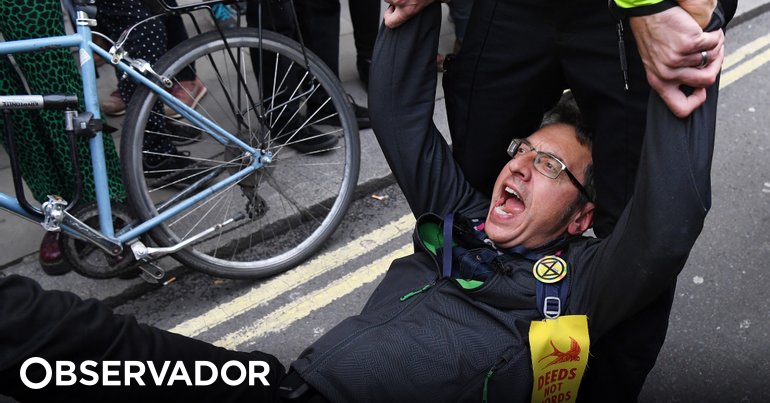 British journalist and environmental activist George Monbiot believes that only a massive youth-led mobilization will force governments to stop climate change, accusing leaders of “lack of political will.”

Looking at the 26th United Nations Climate Conference (COP26) in Glasgow and already announced commitments to phase out coal as an energy source, reduce methane emissions or combat deforestation, Monbiot believes they are “irrelevant and distracting.” …

“We had 26 such meetings, and they still haven’t discussed fossil fuel phase-out. [como petróleo e gás natural] on the ground. This shows how they don’t want to talk about the most important task, the fundamental thing that needs to be done. The reason is that the influence of fossil fuel companies in politics remains very strong, ”he said in an interview with the Lusa news agency.

In his opinion, “everything we need is already there,” namely the technology needed to move to a low-carbon economy, and “the pandemic has shown that if governments want to create money, they can do it.”

According to the writer, the pressure for politicians to make the necessary decisions should be widespread popular pressure in a democratic way, praising Fridays for the Future, the Sunrise Movement, the Green New Deal Uprising and Extinction, and actions of civil disobedience.

COP26 comes to the end of the first week with several promises and fears that nothing will go away.

“But we need to see these movements 100 times bigger than they are, we need to see massive mobilization on a scale the world has never seen before, and that makes it nearly impossible for governments not to respond,” insists the author of Heat – How to Stop planet Arder “.

After completing a degree in zoology, he began working on documentaries for the BBC before committing to investigative journalism and book writing, and was politically and environmentally active.

In 1995, Nelson Mandela presented him with the United Nations Global 500 for Outstanding Contribution to the Environment, he has already been named one of the 25 most influential people in the UK and is a regular contributor to The Guardian.

In 2010, he created a website that raised over ten thousand euros in reward for anyone who attempted or carried out the civil arrest of former Prime Minister Tony Blair for his role in the invasion of Iraq, two years after attempting to do so. same with former US Deputy Secretary of State John Bolton during the Literary Festival.

He recently tweeted that if he lives another 50 years, there is a “high likelihood of witnessing a systemic ecological collapse,” as was the case at the end of the Permian period, when dinosaurs and nearly all large animals became extinct.

“Atmosphere, oceans, soil, biosphere. These are all complex systems. They absorb pressure to some extent, and then, when they can no longer withstand it, they return to another state. And one system can overthrow another, which can then overthrow another, and we can face something like what happened 250 million years ago, ”he explained.

This can be avoided if, in his opinion, there will be “immediate and radical change”, and young people should lead this.

“If we don’t take immediate and decisive action, Greta’s generation will see the planet become uninhabitable,” he says.

Politicians and thousands of experts and activists will gather until November 12 in Glasgow, Scotland for COP26 to update countries’ contributions to reducing greenhouse gas emissions by 2030 and increase funding to help affected countries cope with the climate crisis.

COP26 is being held six years after the Paris Agreement, which aims to limit the rise in global average temperatures by 1.5-2 degrees Celsius above pre-industrial levels.

Despite the commitments made, greenhouse gas concentrations hit record levels in 2020, even with the economic slowdown caused by the Covid-19 pandemic, according to the UN, which estimates that temperatures will ultimately be lower at current emission rates. eyelids higher at 2.7 ° C.