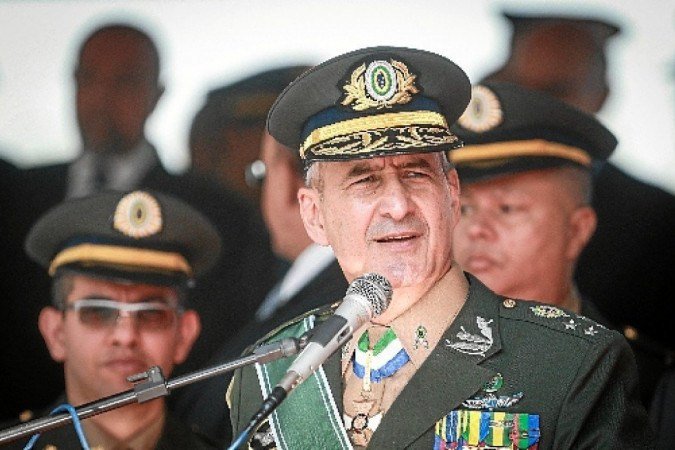 Breaking polarization and preventing Brazil from following Argentina’s example is the concern that army generals are currently expressing to their interlocutors. After the majority of votes for Jair Bolsonaro in 2018, the generals are defending the need to consolidate the candidacy of the third path, as they believe that the victory of one of the candidates who personify polarization – Luis Inacio Lula da Silva or Bolsonaro – will continue for another or two – this is a conflict scenario with deterioration of the political situation.

Added to antipetism is the rejection of the Bolsonara bet – a scenario that is gaining more and more supporters in the barracks. This is an analysis of the most active and retired generals who have been consulted over the past two weeks. state…

The example of Argentina, where, according to military estimates, left and right governments are replacing each other, destroying what their predecessors did, is given to describe what could happen in Brazil with economic paralysis and social decay. The generals see the country as a nation of moderates, despite the obvious “extremes”.

Most of the generals heard were involved in the governments of Michel Temer and Bolsonaro. Two agreed to make public statements: Generals Carlos Alberto Santos Cruz and Francisco Mamede de Brito Filho. The first took up the post of government secretary in 2019, during the same period that Brito Filho worked in the field of education. “Overcoming the current polarization is important for the country to restore the minimum level of political consensus and social dialogue that are necessary for national development and for the proper functioning of any democracy,” Brito said. In his opinion, it is necessary to restrain “the feeling of hatred that has dehumanized society.”

Santos Cruz is part of the military hopes for the third path. He says it is necessary to “remove the two options that already had the opportunity.” “And as it turned out.” For him, it was marked by scandals, corruption, demagoguery and “the destruction of democracy on a monthly allowance.” The other will be characterized by “unpreparedness, personal, functional and institutional disrespect, ignorance, stupidity, irresponsibility, misinformation, manipulation of public opinion, lack of leadership, and destruction of democracy with a ‘cutting edge monthly’, secret budget.”

Cruz reiterates that his colleagues say that “another government is needed that will restore respect, honesty, anti-corruption and national unity.” “It is necessary to cut off access to power for a handful of people addicted to state money.”

The military is listening to criticism of colleagues in the government, such as Generals Eduardo Pasuello, who occupied Saud, and Rocha Paiva on the Amnesty Commission. The army wants to distance itself from the government and the disaster of managing the pandemic. He does not forget episodes such as Pasuello’s participation in the rally and the resignation of commander Edson Pujol. His replacement General, Paulo Sergio de Oliveira, avoids interviews to avoid creating friction.

Despite this, many still support Bolsonara. “It should be admitted that the demagogic call of the current government for conservative ideas, combined with the policy of distributing benefits and positions among a large number of soldiers (more than 6,000) and relatives of military personnel, allowed us to attract a segment of followers in the military family,” Brito said.

He summarizes the thoughts of his colleagues for 2022. “All commanders at all levels, and not only military personnel, but also all security forces in the country, must ensure the conduct of the electoral process. democratic institutions and the subsequent inauguration of a democratically elected candidate. “

The abandonment of Bolsonaro seems to be a necessity for those who supported the government and considered it possible to control the president. Although there are still those who say that if he feels bad with him, it would be worse without him, given the prospect of a difficult re-election, more and more soldiers are reminded that Bolsonaro is only a captain. Information from the newspaper State of Sao Paulo.

See also  The social circle will discuss the social and political empowerment of urban black women and quilombolas.