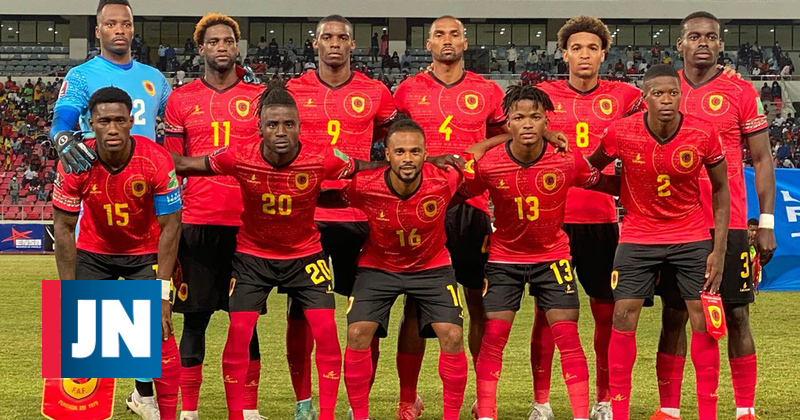 According to the vice-president of the Angolan Football Federation, Jose Carlos Miguel, the Gabon authorities require the Angolan delegation to conduct a covid-19 RT / PCR test at a time when there is no medical team for this purpose. …

“We are at the airport for more than two hours in a room with no air conditioning and no chairs to sit on. We cannot leave because they say that the medical team will come, but they will not come. soldiers around the airport so we don’t go. Right. This is absurd, ”he said.

President of the Jurisdictional Council of the Angolan Football Federation, Sergio Raimundo, who was also present at the event, expressed regret at this fact.

<< It is sad and unfortunate that we live in Africa. We continue to portray a sad image of who we are. This does not make us dignified Africans. We are locked in a room with no air conditioning or benches to sit on. there is no water to hydrate our players, ”complained.

National selector Pedro Gonçalves has called on FIFA to intervene.

“It is regrettable what we are experiencing here. They threatened us in Luanda, saying that we would face reprisals for demanding that they submit their tests before the game. FIFA and CAF must intervene. This is unfortunate. We already knew about this. may complicate the task for us, so we were well prepared from a logistic point of view. We do not know what time we go to the hotel and even what time we go to bed, ”he said.

The match Angola-Gabon in the qualifying stage for the Qatar2022 World Cup in Luanda was postponed for more than an hour and a half due to the fact that the Gabon team did not conduct tests for Covid-19 in Angola.

Regardless, FIFA decided to host the game, given that the tests the Gabonese conducted in their home country two days before the game, won by Angola 3-1, were valid.

The two teams will face each other again tomorrow in the 4th qualifying round for the Qatar2022 World Cup, which starts at 14:00.

The Angolans did not leave due to the absence of “captain” Fredi Ribeiro, who misses the game due to the accumulation of a yellow card.

In African Group F, selected for the 2022 Qatar World Cup, Angola will finish third with three points. The group is led by Egypt with seven, followed by Libya with six and Gabon last with one.

A BOLA – Ronaldo has already scored in 46 different countries (Selecção)

Paulo Freitas notes the “overly penal decisions” in the match against Porto.

See also  BALL - "My father is crazy, but now I believe in him more and more" (Athletics)