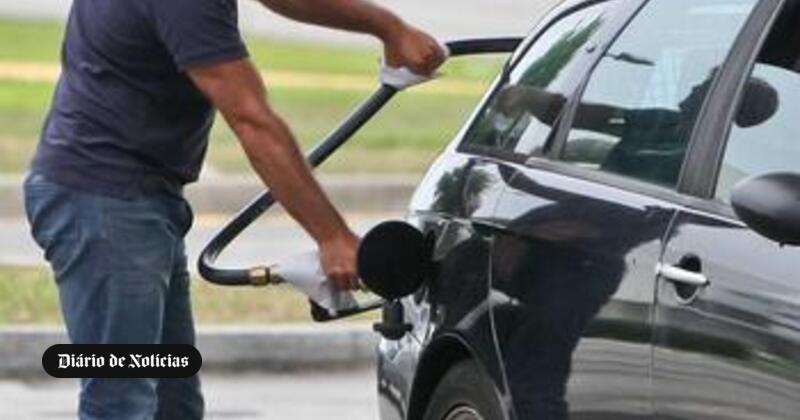 The rise in fuel prices has sparked concern, alarm and protests in a wide variety of sectors of the Portuguese economy, from metallurgy and metalworking to passenger and freight transport, and from agriculture to distribution, quarries, timber and furniture.

Portugal is currently experiencing the highest diesel and gasoline prices in the past three years, and this week the sale price of fuel to the public has surpassed the € 2 / liter barrier for the first time at some petrol stations this week. service areas on highways.

A situation that is the result of a combination of factors, from constraints from major oil exporters to a surge in demand following containment during the pandemic and pressures felt throughout the supply chain, where prices have risen not only in the transport sector. but also in port operations and insurance.

Portugal is currently the sixth most expensive gasoline and seventh diesel among member states, according to the latest bulletin from the European Commission, and with consistent weekly increases in fuel prices, calls for a boycott of supplies and truck drivers are also admitting to protest.

In this context, the government, through the voice of the Secretary of State for Fiscal Affairs, announced on Friday afternoon that it will refund, due to the increase in the amount of fuel, an amount that reaches 90 million euros (63 million for collected VAT and 27 million euros by rounding the ISP exemption).

“The government today decided to restore the tax refund model that it receives from the price of fuel. Due to the increase in the average selling price of fuel for the population, the government is charging an amount exceeding 60 million euros. VAT, and therefore this increase in ISP rates will be reflected in lowering ISP rates, ”a government official said Friday, adding that the move would“ reduce the cost of ISPs by two cents for gasoline and a cent for diesel ISPs, ”starting this Saturday.

Earlier last week, parliament approved, inter alia, a proposal for a bill by the executive branch that would allow it to administratively impose limits on fuel sales margins when they are deemed to be too high “for no reason.”

This week, ahead of a government announcement, the Association for the Metals, Metalworking and Related Industries of Portugal (AIMMAP) demanded an immediate cut in rates and taxes on fuels and energy, warning that companies in the sector were becoming “unsustainable.” …

“Right now we are approaching the point where keeping companies afloat becomes irrational. The cost of raw materials, rising transportation costs, and skyrocketing fuel and energy costs have a direct impact on businesses. Our companies urge the Government to take a position to make one of the largest sectors of the Portuguese economy sustainable, ”said AIMMAP Vice President Rafael Campos Pereira in a statement.

Stressing that “a very significant portion of fuel and energy prices are related to fees and taxes,” the association complains that “the situation needs to be resolved and reversed immediately.”

The president of the Portuguese Association of the Wood and Furniture Industries (AIMMP), Vitor Pozas, also said this week that increased fuel consumption is a “scourge” for the sector, driving down transportation and sawing and wood processing costs.

“Timber has a very high transportation cost, it is very expensive to transport it 100 or 200 kilometers, because the cost of transportation increases the price. With an increase in fuel by 50%, we will obviously reflect this on long journeys, ”he warned. Vítor Poças.

In addition, according to him, sawmills work a lot with tractors, forklifts and other equipment, “they all run on diesel fuel, which further damages” activities.

Otherwise, he warned, “the companies will have to stop.”

In the transport sector, freight carriers are preparing to identify responses to rising fuel prices.

“[…] In response to requests from ANTRAM member companies [Associação Nacional de Transportadores Públicos Rodoviários de Mercadorias] it was decided to change the theme of the annual congress, which will be held on October 29 and 30 next year, so that it will focus on analyzing and discussing the increase in fuel costs, and thus give a voice to the associative universe and together determine the necessary measures to respond to this crisis “- said the association on Wednesday after an emergency meeting.

Two days earlier, the Road Association of Heavy Passenger Carriers (ARP) asked the government to step in and warn that the sector could go bankrupt or start deliveries to Spain due to higher diesel prices.

“[…] The exponential increase in fuel prices, which today reaches values ​​of about 1.60 euros (diesel fuel), limits the activities of companies, since this increase cannot be reflected in the cost of services provided, since, on the one hand, contracts have already been signed there that are not may be changed, and, on the other hand, an increase in the cost of services will lead to the removal of tourists, ”the association said.

For ARP, there is also an “incomprehensibly different attitude” towards heavy passenger transport and freight, given that buses have been “consistently denied” the benefits of professional diesel.

Alerts also came from emergency companies that the National Automobile Industry Association (ARAN) said are in danger of closing due to increased costs, without updating prices by tourist assistance companies.

According to the association, tugboats are experiencing “dramatic days” due to “exponential” growth in the costs of these activities, namely fuel, which accounts for at least 50% of the total costs of these companies.

In the agricultural sector, President of the Confederation of Portuguese Farmers (CAP) Eduardo Oliveira & Sousa warned that rising fuel prices are causing “a disaster in the Portuguese economy.”

“When all the products that are currently used in the agricultural sector are being recalled and released to the ground three months ago, with prices that were fixed three months ago, how can the costs of energy growth be mitigated, how did this happen?” he.

According to the CAP, between May and September, when farmers produced the most, the price of agricultural fuel rose by 60%, so the government should have reduced its price during the increase in production.

In turn, Gonçalo Lobo Xavier, CEO of the Portuguese Association of Distribution Companies (APED), says that consumers have already begun to feel the impact of rising prices, especially when they buy food, and ensures that this cannot be avoided. escalation if the government does not impose fuel taxes