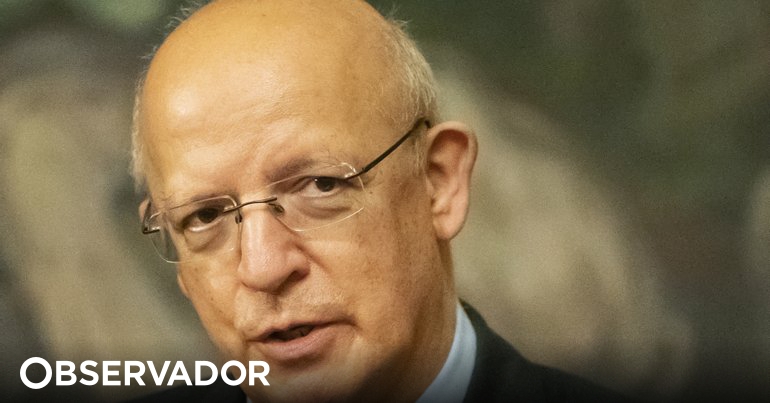 The foreign minister stressed this Friday that Portugal, through its presidency of the Council of the European Union (EU), has “made a great contribution” to the “broadly positive” balance reached by the President of the European Commission in the State of the Union speech.

During the discussion in the Assembly of the Republic of the speech on the state of the Union delivered by the President of the European Commission on 15 September, Augusto Santos Silva emphasized that the balance he has achieved over the past year is “A very positive balance, namely in the organization of the vaccination process” and “betting on a process that will restart the economy as quickly as possible.”

According to the Foreign Minister, Portugal, in connection with the Presidency of the Council of the European Union, which took place in the first half of this year, “contributed greatly to this positive balance”, listing the various aspects in which the country allowed the European Union to progress.

Regarding the fight against the pandemic, the Foreign Minister stressed that the Portuguese presidency through Covid-19 digital certificate confirmation, concluded “Fastest approval of the legislative process in the EU”and also played a decisive role in “Coordination of Pandemic Policies in 27 Member States. and at the launch of the European Health Union ”.

On economic recovery, Santos Silva recalled that the presidency approved “all necessary rules for a multi-year financial framework, approval of the regulation of the instrument of recovery and resilience., ratification in all Member States of the decision on the Union’s own resources and approval of the first Recovery and Resilience Plans. “

Referring to the statements made by Ursula von der Leyen, the Foreign Minister emphasized that “Portugal appreciates many of the central elements” of the Commission’s President’s speech, starting with the launch of an exchange program between Member States for young professionals. called SOUL.

In a second point, Santos Silva also highlighted the importance that the President of the European Commission attaches “Support for vaccination around the world”, emphasizing that the declared commitments, namely Investment of € 1 billion in vaccine production in Africa, this is new commitment to donate 200 million vaccines for developing countries, in addition to the previously announced 250 million – this allows the EU to fulfill “its own responsibility to promote the universalization of vaccination”.

The Foreign Minister also praised “setting the climate agendaand, above all, the realization that this transition, in order to be successful, must be based on the European pillar of social rights. “

Still referencing “The importance of the topic of technological sovereignty in Europe”, namely a new piece of legislation announced by von der Leyen, which will overcome the “current supply difficulties” for the industrial production of semiconductors, concluded Santos Silva, noting that “Europe should have its own global strategy of interaction” and be a “global player” in the “sphere of infrastructure, transport and communications”.

During the debate, MPs raised various issues related to the state of the Union, with the BE, PCP and PEV condemning the EU’s “militaristic fallacy” – due to the fact that von der Leyen emphasized the need for the development of the European Defense Union – due to the lack of support in the Reconstruction Plan and increased resilience for small and medium-sized companies under consideration by PSD, or even due to the increase in energy consumption noted by CDS, IL and Chega.

In response, Augusto Santos Silva recalled that member states will discuss the European Defense Union in the discussion of the Strategic Compass and in the development of a new strategic concept for NATO.

Portugal (…) is in favor of strengthening cooperation in the field of defense, but not for the creation of European armies or the Europeanization of politics, which is, first and foremost, a policy of national sovereignty. “, – he stressed.

With regard to support for small and medium-sized enterprises (SMEs), Santos Silva emphasized that its importance is present in the Portuguese PRR, and recalled that “the position of Portugal” “has always been to insist on the primacy of SMEs in the world”. context of European politics.

“We are firm and constant opponents of this dangerous idea of“ European champions ”, that is, large companies, supposedly the only ones who can win in global geo-economic competition,” he stressed.